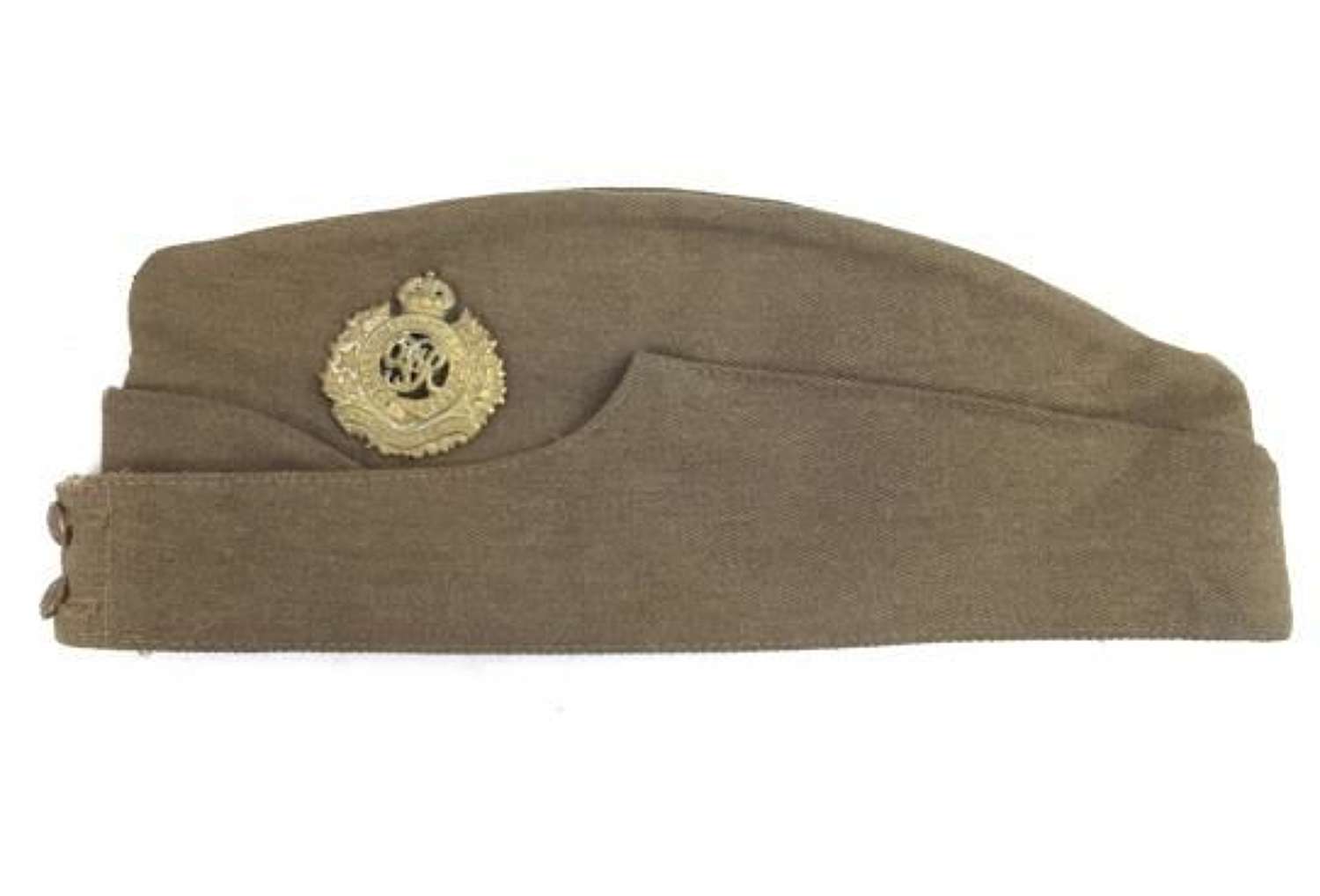 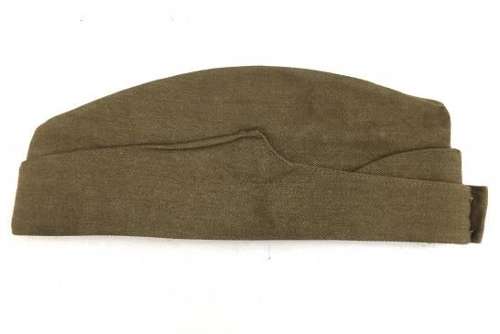 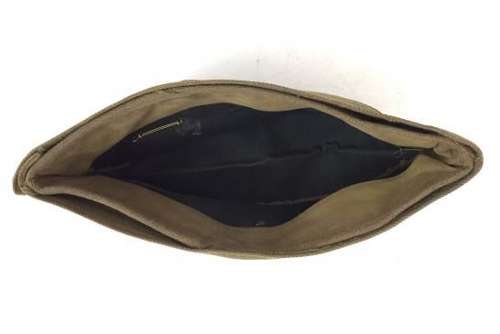 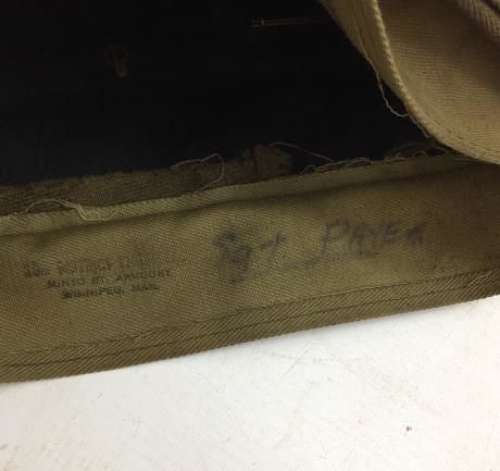 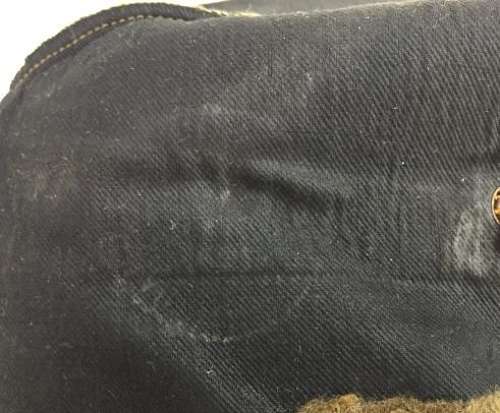 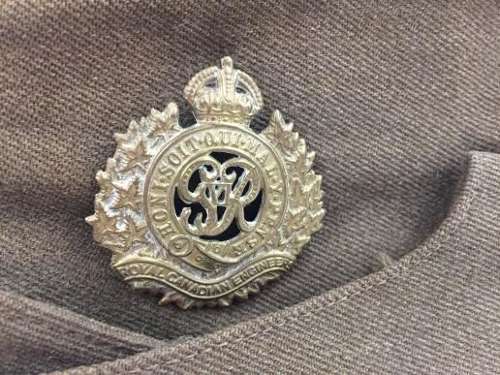 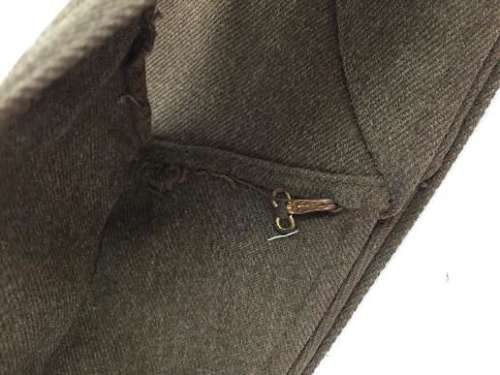 This cap is typical of Canadian made examples featuring a black interior, ‘Canada’ buttons to the front and an original Royal Canadian Engineers kings crown cap badge to finish it off. The cap doesn’t appear to have been altered post-war and I think there is a high chance it is still as it was when worn during the Second World War.

The interior features a khaki sweatband which bares the manufactures details. Still legible are the words ‘Winnipeg, Man’. Next to this the original owner has marked his name ’Sgt Payer’ in ink. The black lining has the remnants of another circular white stamp which almost certainly would have had the date included in it originally. Sadly it is no longer legible but the cap would have been made before 1943 as these pattern was replaced with the GS beret in that year. Finally, the Canadian War Department broad arrow stamp can be found in white ink and surrounded by the letter ‘C’ as is correct for Canadian made items.

The condition of the cap is very good indeed. The cap badge has the remains of dry brasso on it and the two front buttons have tarnished to a degree. The body of the cap is excellent with no damage and the interior is also very clean only showing limited signs of wear.

There is no size indicated inside the cap but the opening measures 11 3/4” when laid flat so is roughly a size 7 3/8.

All in all a nice and very original Canadian item which would make a nice addition to any collection.