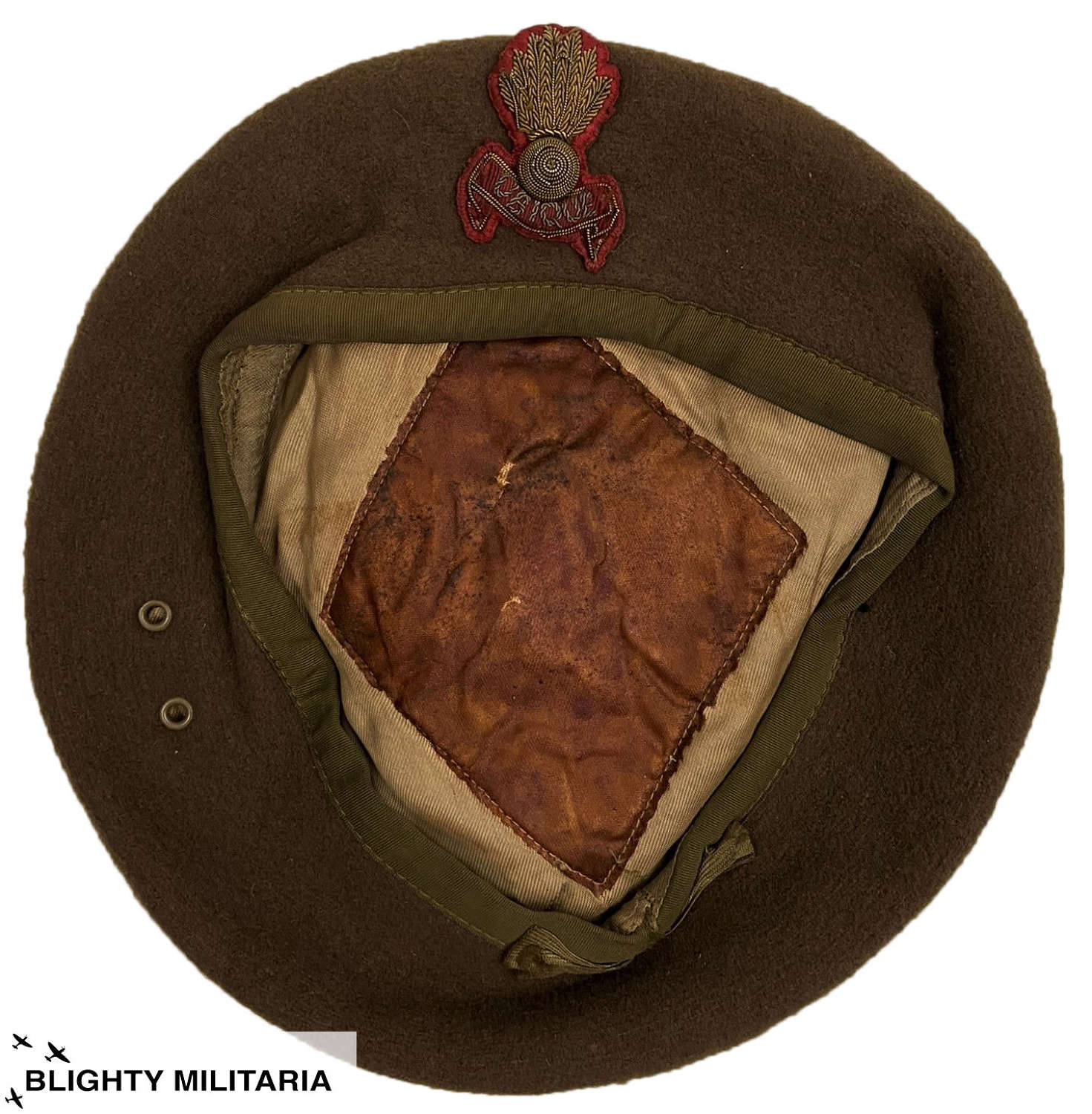 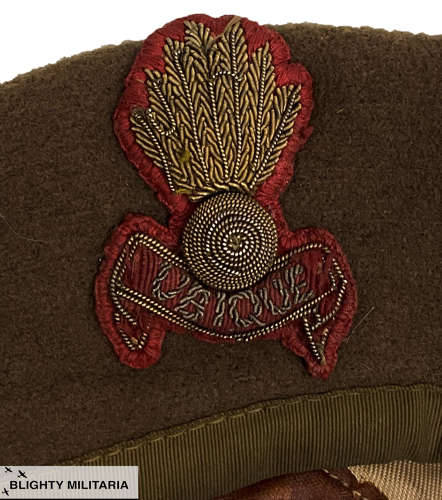 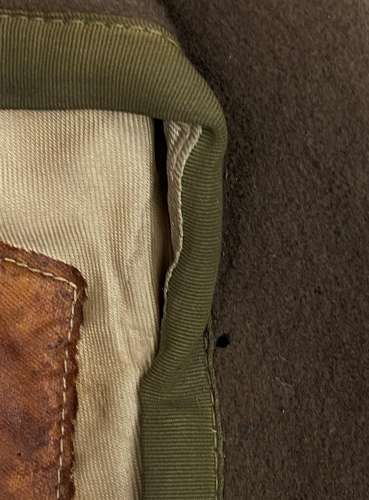 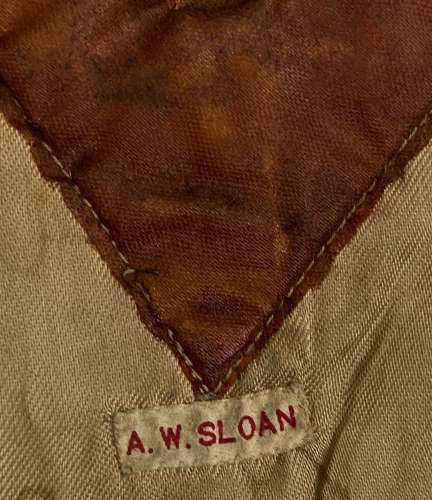 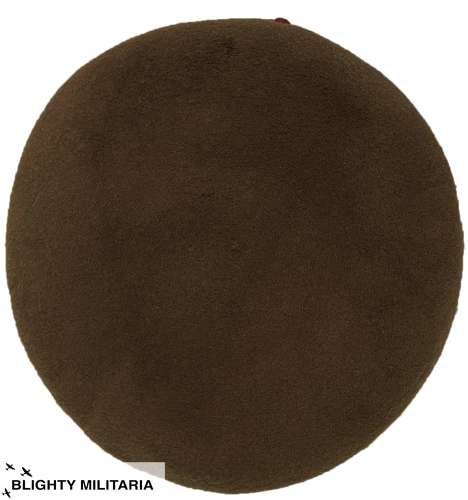 This pattern of beret was available for officers to purchase during the Second World War and gained popularity in the mid-war period. It offered a much more wearable option to the peaked cap or field service cap making it ideal for field work. This example belonged to A. W. Sloan who served in the Royal Artillery throughout the Second World War. I have found evidence that he was serving in 1939 as a Second Lieutenant as well as other references to him throughout the war. The last is dated 1946 whilst serving as a temporary Major. I am quite certain that this dates the cap to being a WW2 produced example.

The beret itself is a spun wool example as all berets were in the early part of the war. It is made from the correct brown - khaki colour worn by officers and features a contrasting green sweatband to the edge. A nice Royal Artillery bullion cap badge is fitted to the front and is undoubtedly original to the cap. The interior is lined with rayon and features an inset diamond which would have originally had the maker's details to it. The original owner has also added a name tag to the interior.

The cap is in nice condition and displays well. There is a small hole as shown in picture 3 and some very light moth grazing. Overall it is very wearable but please study the pictures before purchasing.

A very nice example of this pattern of cap complete with bullion cap badge and scope for further research.