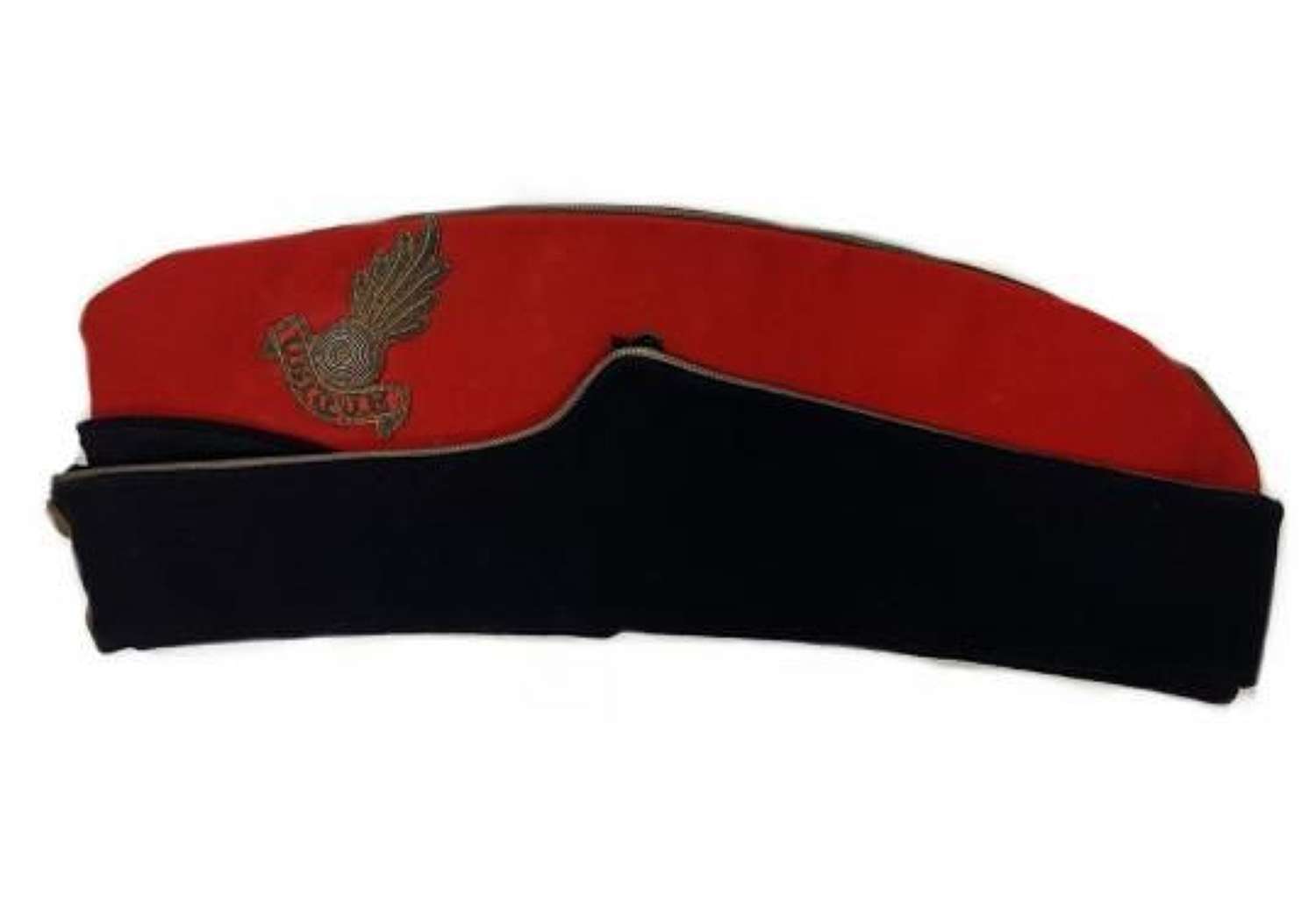 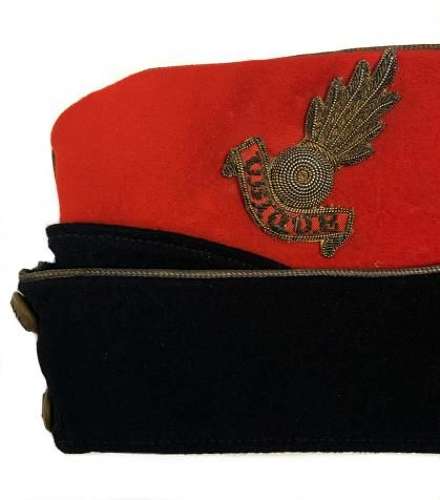 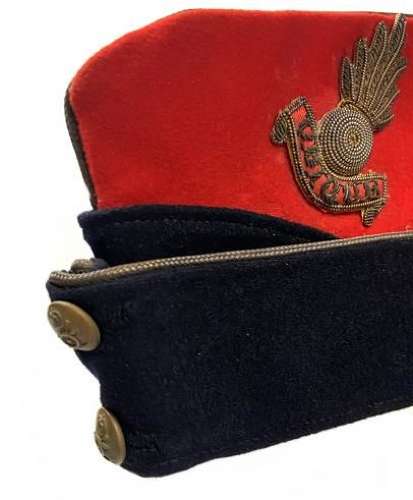 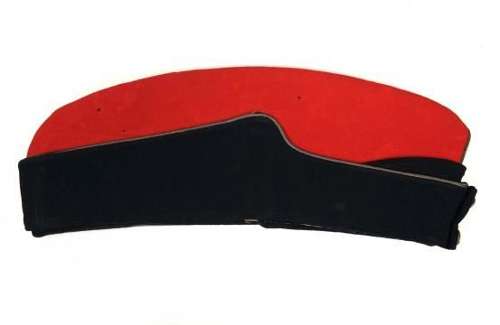 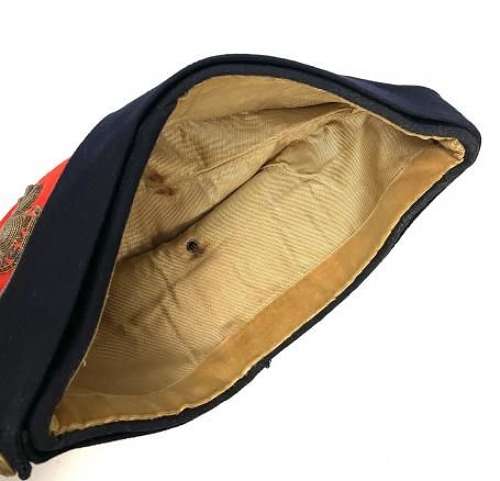 This cap came with a set of officers belongings all named to Frank R. A. Smith. Smith joined the Royal Artillery just before the outbreak of the Second World War and served for some years including in the tropics. All the items which came from this estate pre date the end of the war so it is unclear if he survived. What is certain is that all his belongs have been left untouched since approximately 1945 before being discovered earlier this year.

The construction of the cap is typical of wartime examples featuring a scarlet red crown with navy blue lower section with gold piping. The front of the hat features two brass kings crown Royal Artillery buttons. What is particularly nice about the cap is the use of an oversized bullion embroidered cap badge which really sets it aside from other I have seen in the past.

The interior of the cap is lined with a golden coloured rayon with a suede headband fitted to the bottom edge, as is commonly found with officer quality caps.

The cap is a fairly good size and when laid flat measures 11" along the inside edge of the opening.

The hat is in reasonable condition for its age but has suffered from a small amount of moth damage as can be seen in the pictures. It still displays well with only limited signs of wear and use.

All in all a nice original cap which is guaranteed to be wartime. The badge makes this a stand-out example and it would compliment any collection with a doubt.