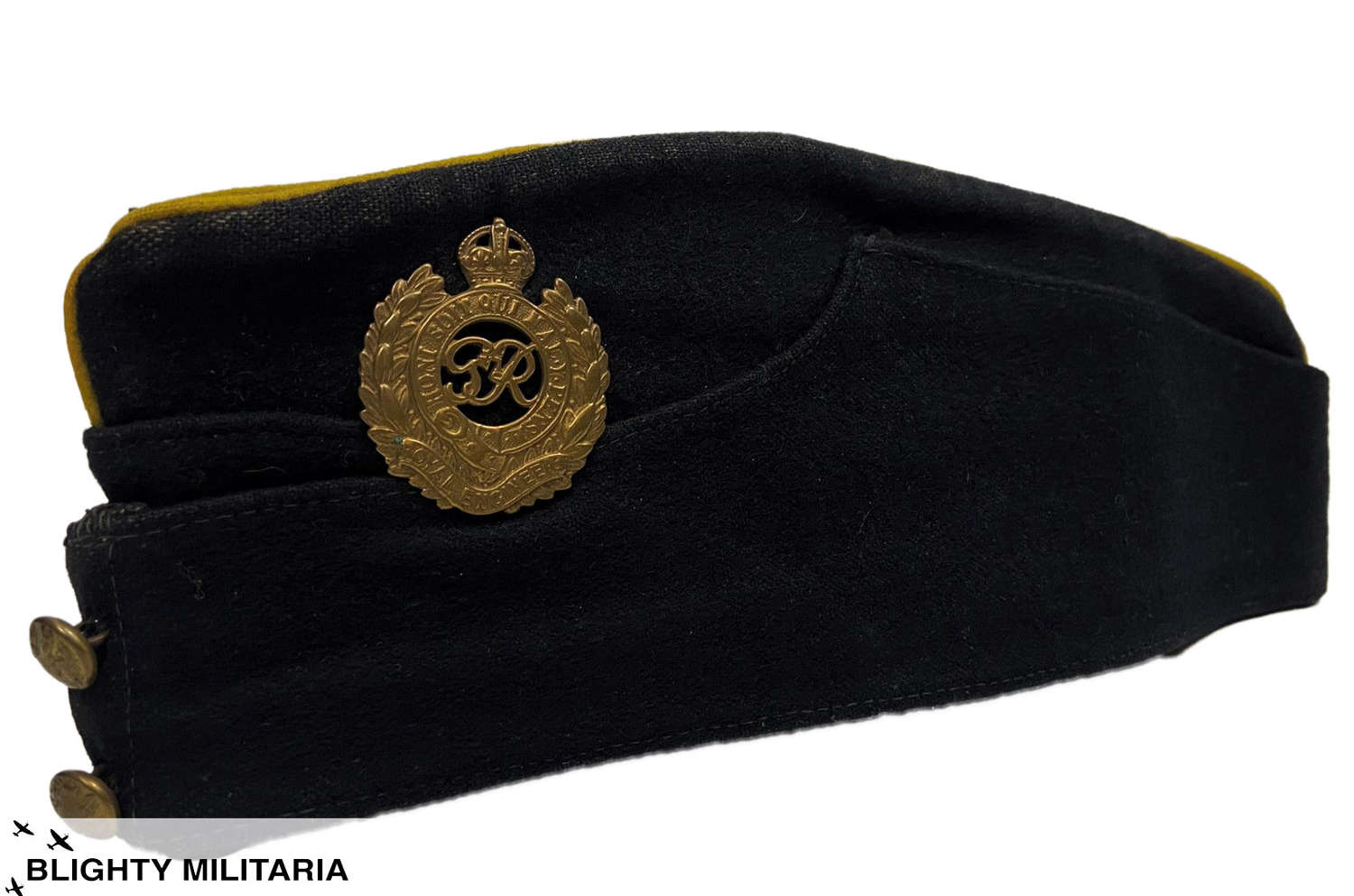 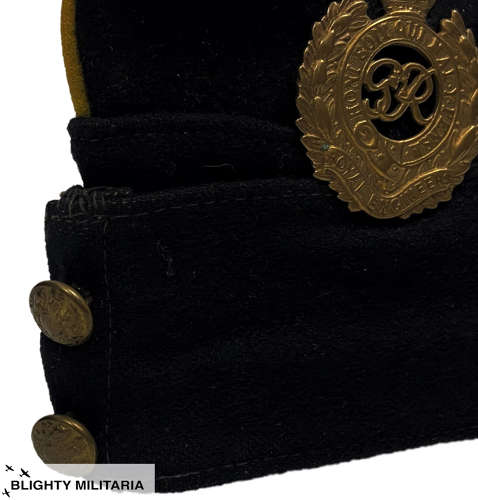 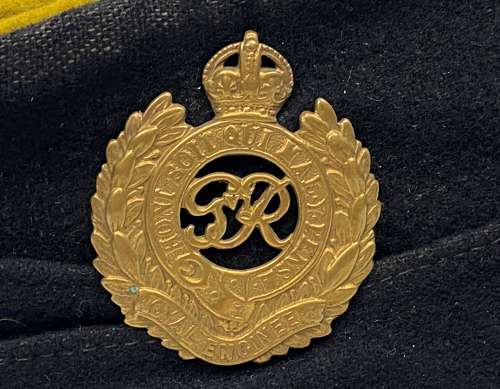 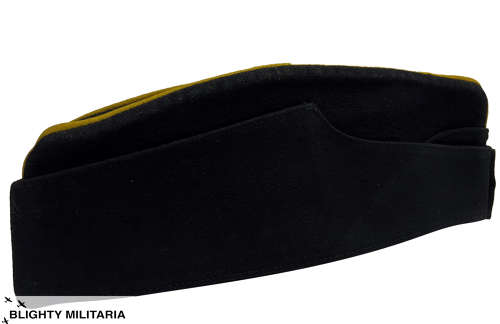 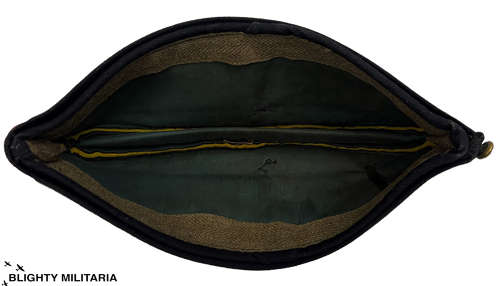 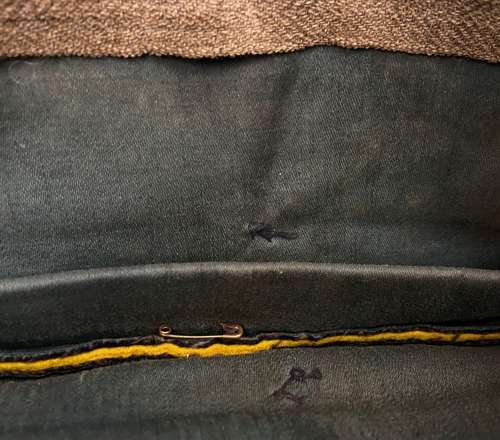 The cap is a deep navy blue colour with yellow piping. The cap features an original brass Royal Engineers cap badge and two brass general service buttons to the front.

The overall condition of the hat is very good as can be seen in the pictures. There is plenty of wear to the wool around the top edge and the interior is clean.