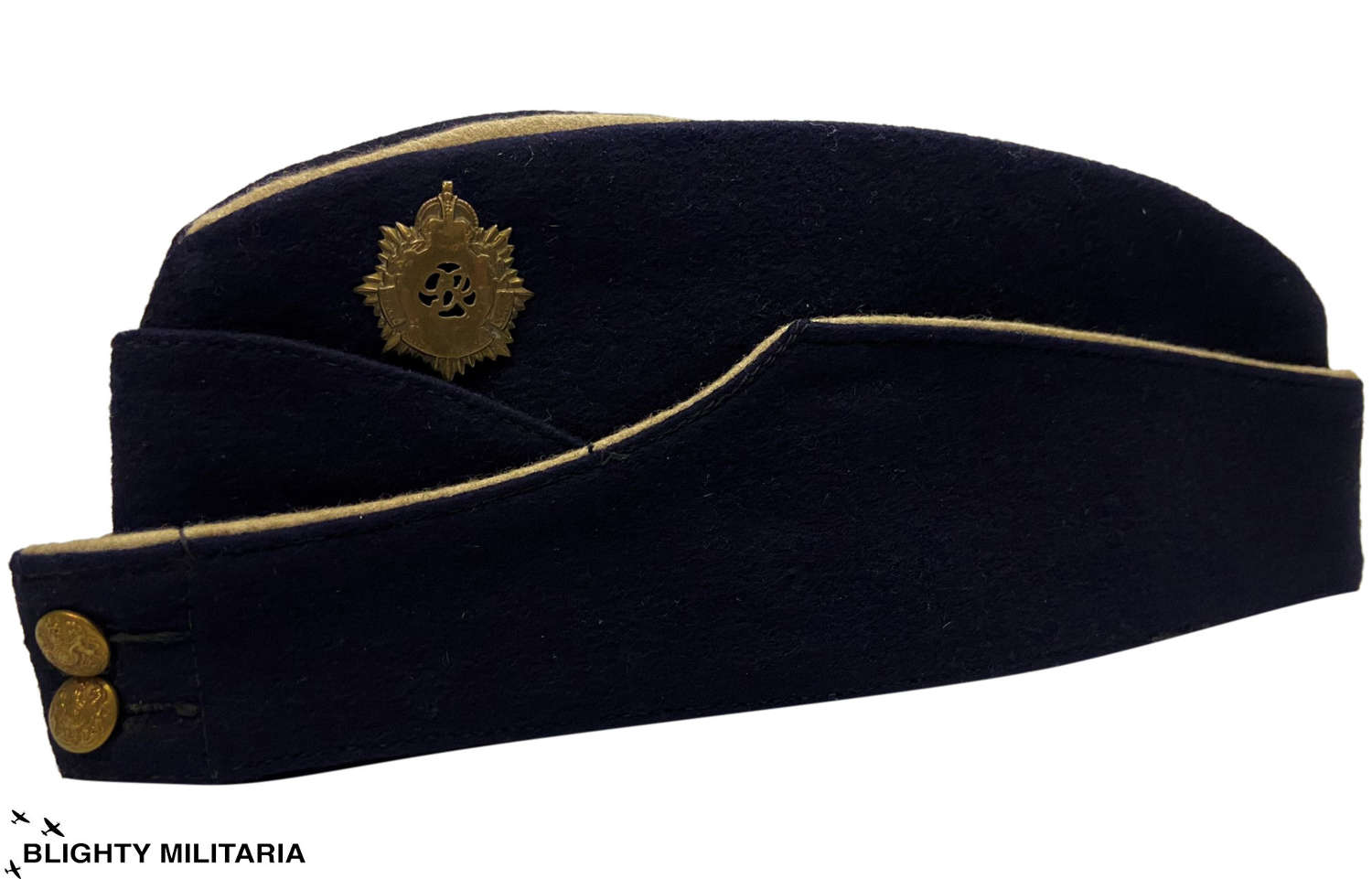 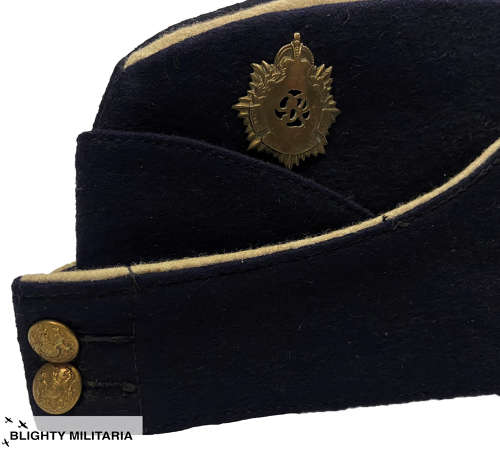 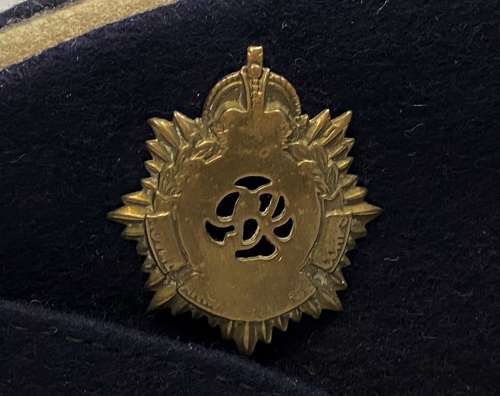 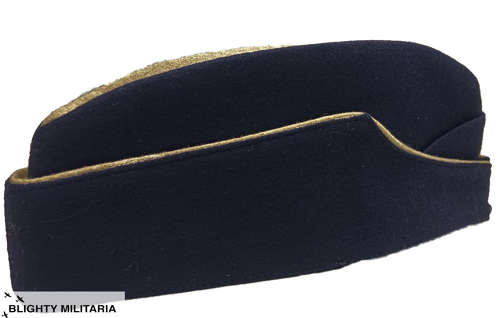 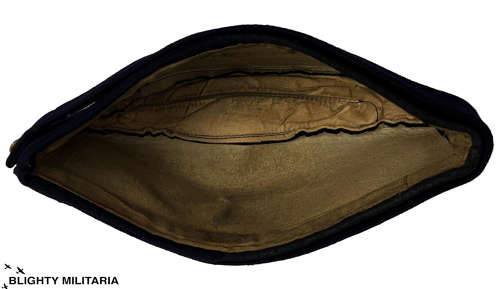 The cap is a deep navy blue with white piping. The cap features an original brass cap badge and two brass general service buttons to the front. The cap badge has been heavily polished to the point where a lot of the detail is missing. A great feature of what was clearly an often worn piece of headwear.

The hat is a smaller size and I would say no bigger than a 6 7/8. It measures 10" along the opening.

The overall condition of the hat is very good as can be seen in the pictures. It has been well looked after and displays well.