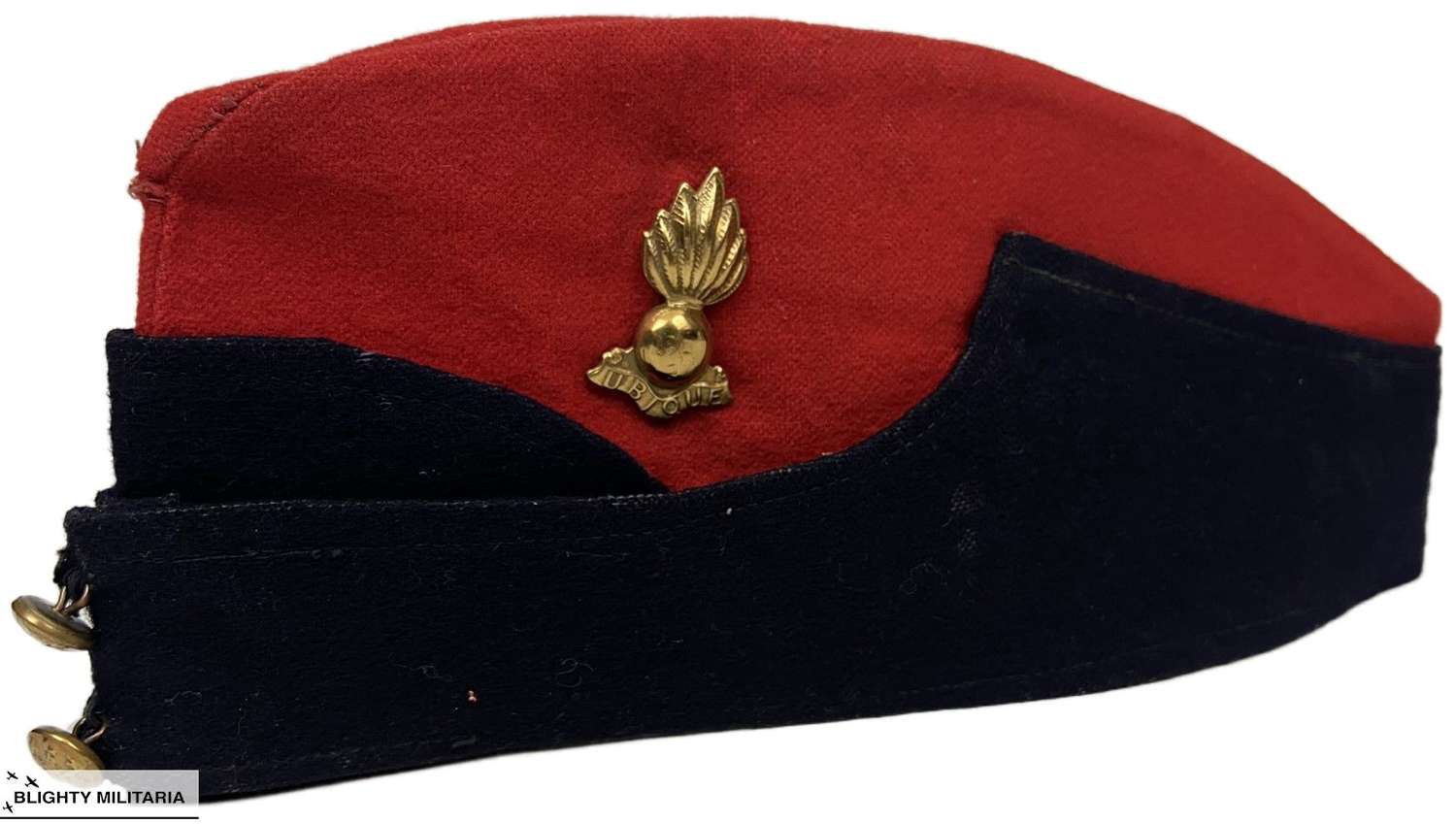 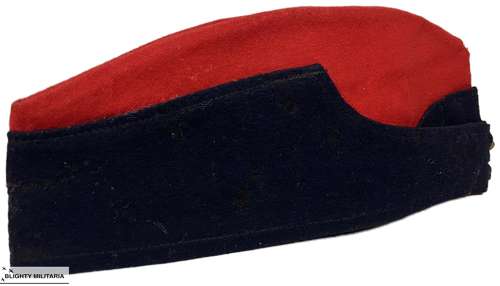 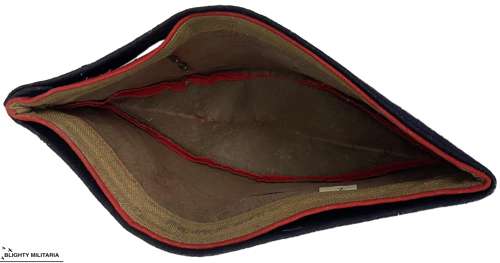 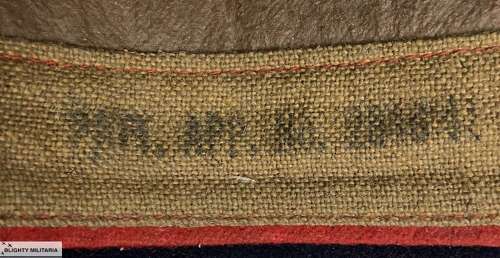 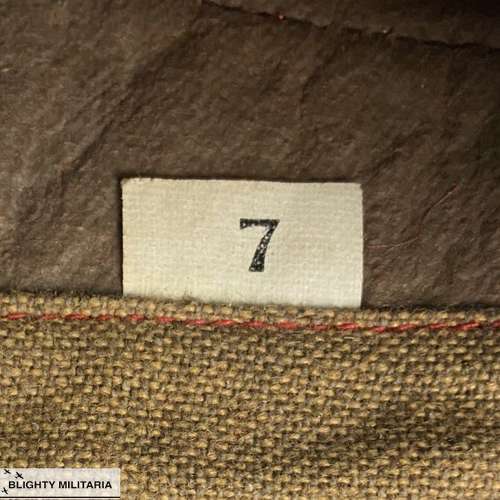 These caps were popular in the inter-war period and were worn with the No.1 blues uniform as well as with the standard Service Dress uniform on special occasions. They also saw use throughout the Second World War and made a nice alternative headdress when 'walking out' or similar.

This example is a wartime economy version and features an interesting waterproof lining which has been treated in a way to seal the backing of the cloth as seen inside the cap. The sweatband is a simple wool which also feels quite austere. The cap is fitted with a brass 'Ubique' cap badge and two brass General Service buttons to the front. Inside the cap is a size label which states the size as 7.

The cap is in reasonably good condition as can be seen in the pictures. There is some light moth grazing, mainly noticeable to the skirt. Please study the pictures before purchasing.

Altogether a good wartime example with an lining.