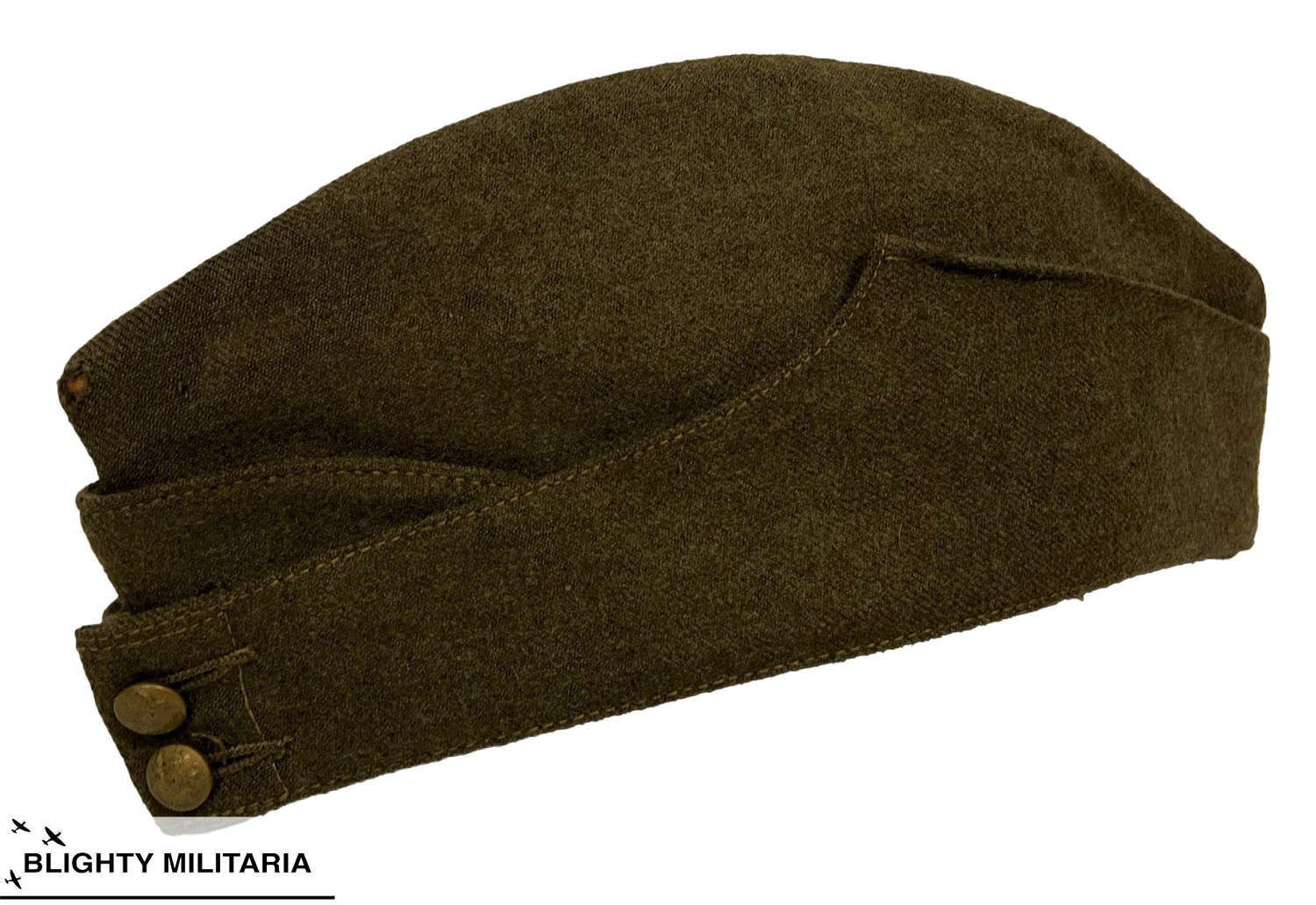 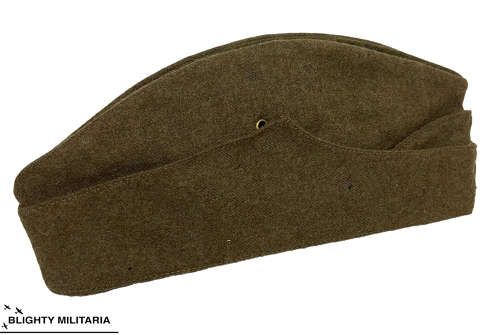 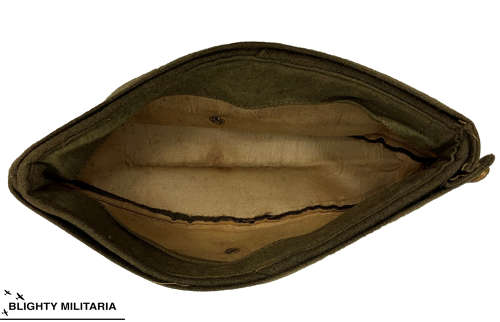 Anoriginal British Army Forage cap as worn in the early part of the Second World War.

This cap was the standard issue headwear for the British Army and Home Guard from the outbreak of the Second World War until 1943 when it was replaced by the General Service beret.

The cap is made from the standard khaki coloured barathea wool and features two brass kings crown buttons to the front. The interior is lined with a cream coloured cotton and no markings pertaining to manufacture date or size are visible. The cap is a smaller size and measures 9 3/4" along the inside of the opening when laid flat.

The condition of the cap is good and it displays well showing only limited signs of age and wear. There are a few moth holes, most notably to the front corner. The condition has been relflected in the price.