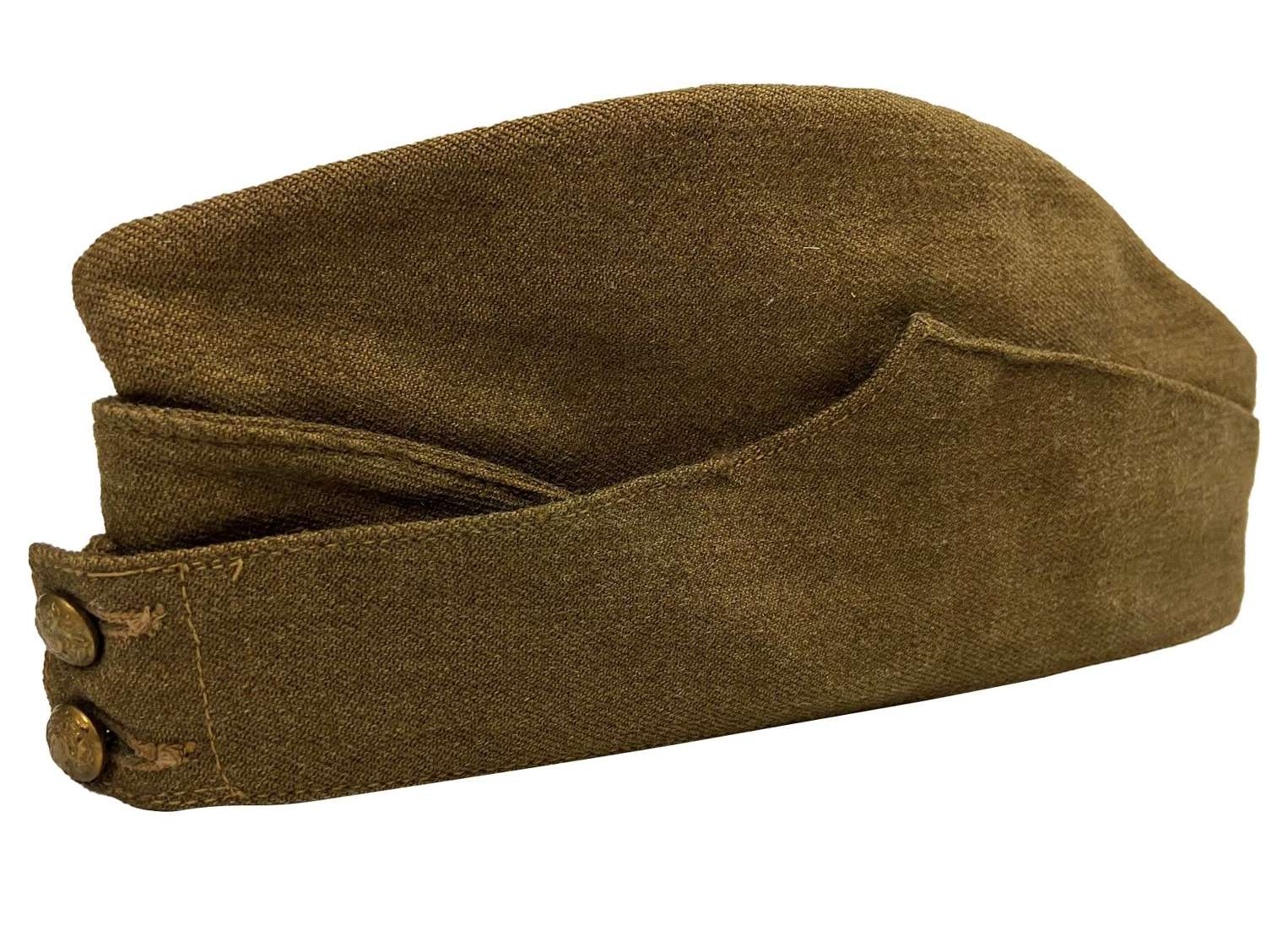 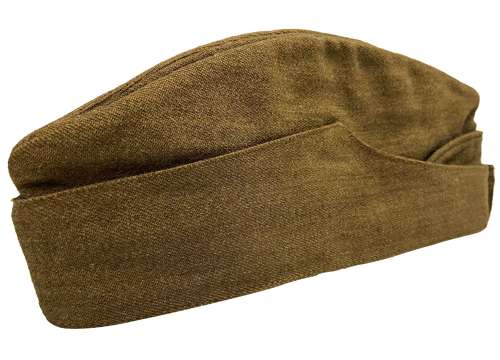 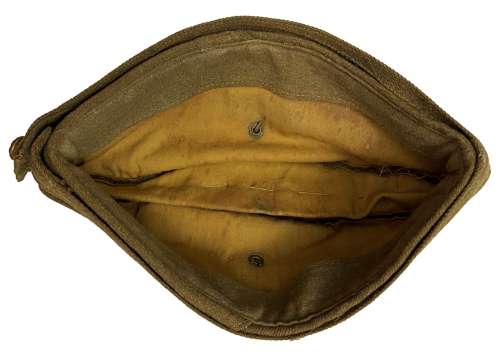 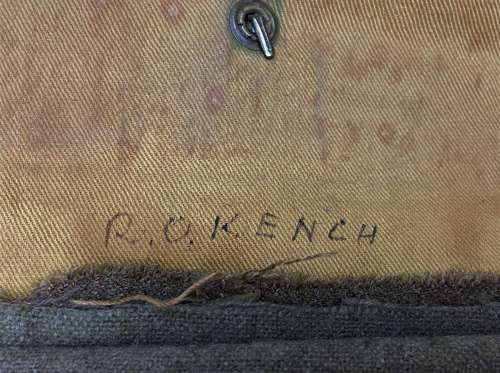 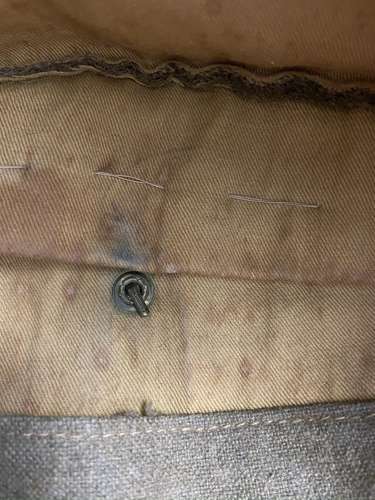 The markings to the interior of the cap are worn making them hard to read. I would estimate the cap is a size 6 5/8 and when laid flat the cap measures at 9 3/4" along the opening.

The original owner has marked his name to the interior which reads 'R. O. Kench'.

The cap is in excellent condition as can be seen in the pictures. There are only limited signs of wear although there is some soiling to the interior.