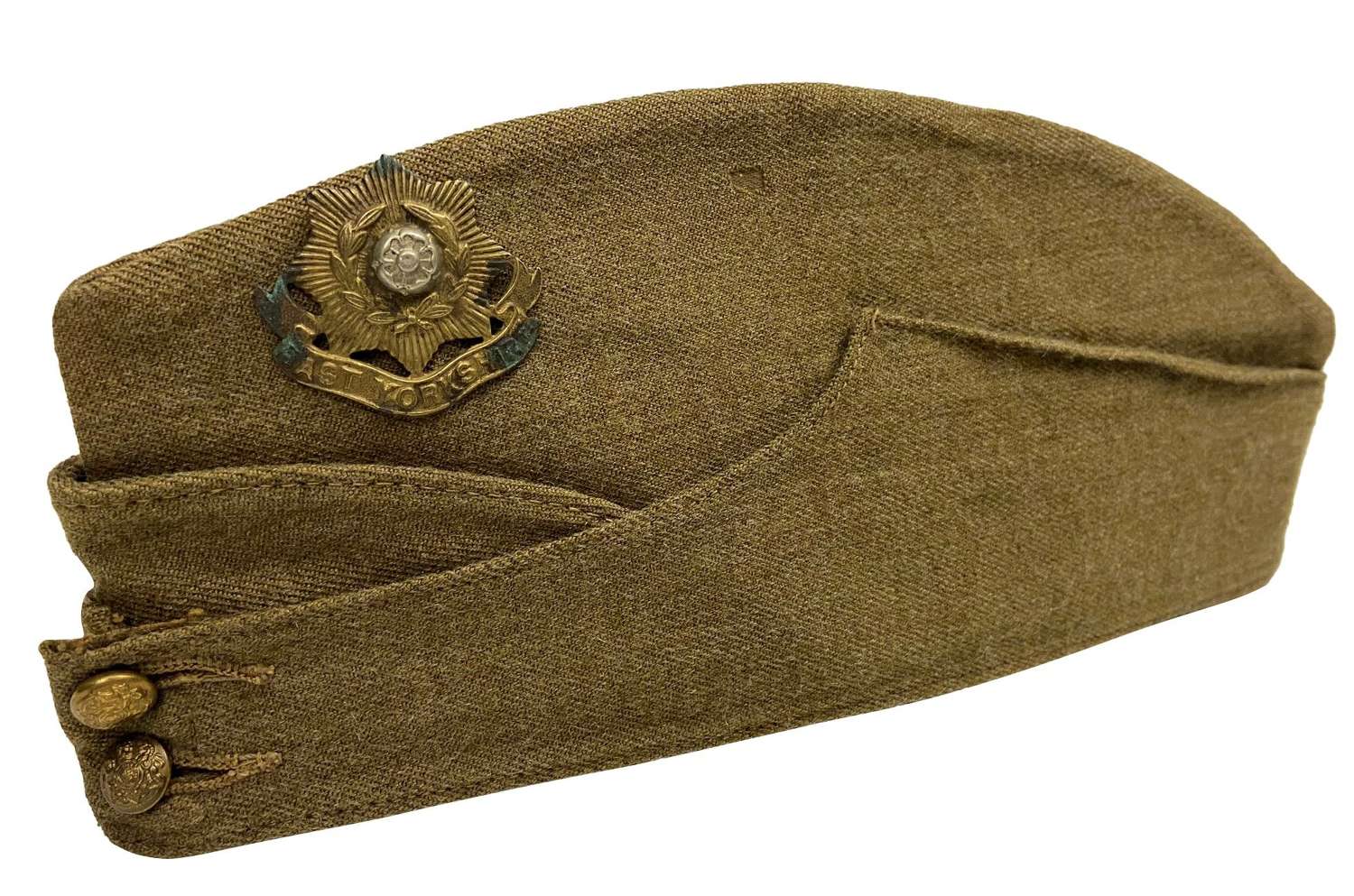 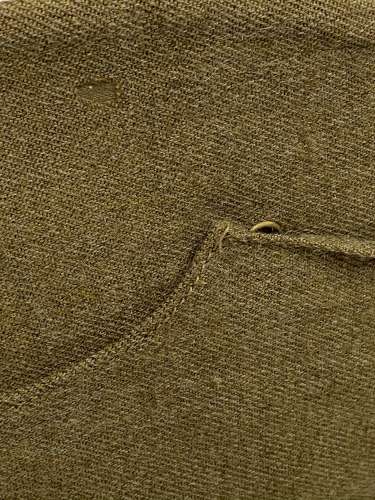 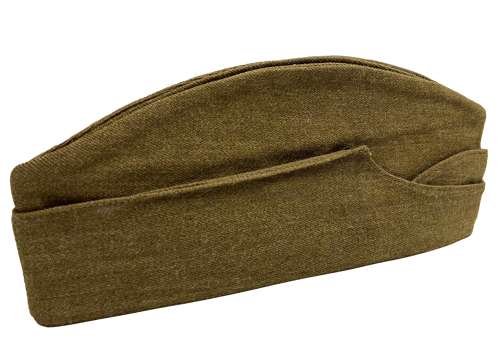 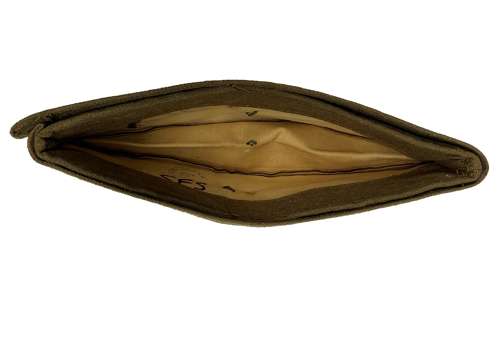 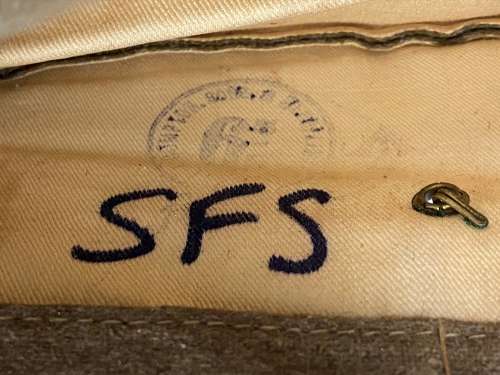 An original British Army Field Service Cap dating from the early part of the Second World War and in good condition.

The original stamps are still present to the interior of the cap and are bright and legible. The maker's name is present as is the size of 6 5/8. When laid flat the cap measures at 10 1/2" along the opening.

The cap is in good condition as can be seen in the pictures. There are only limited signs of wear although there are a few marks to the interior. The cap appears to have been fitted with other cap badges at some stage but this is mostly concealed by the brass East Yorkshire Regiment cap badge which is fitted. There is also a small hole as pictured although this is only noticeable on close inspection.