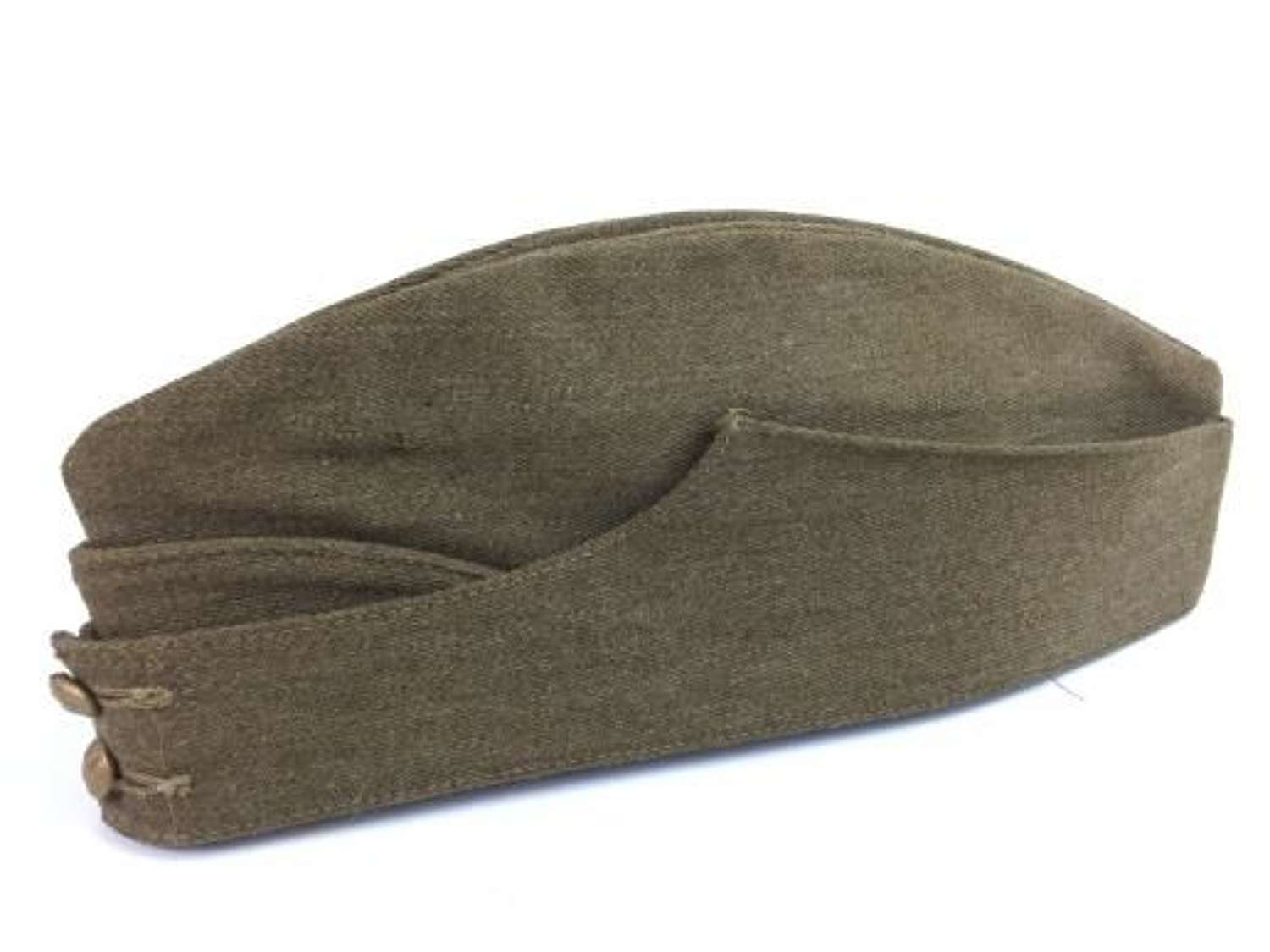 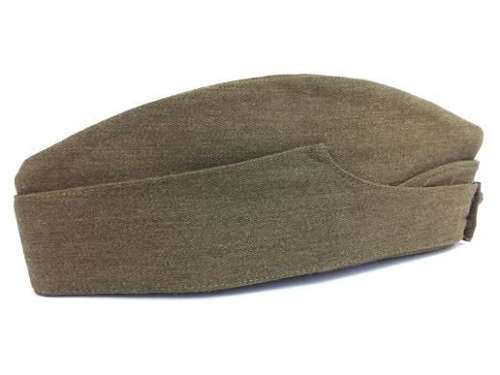 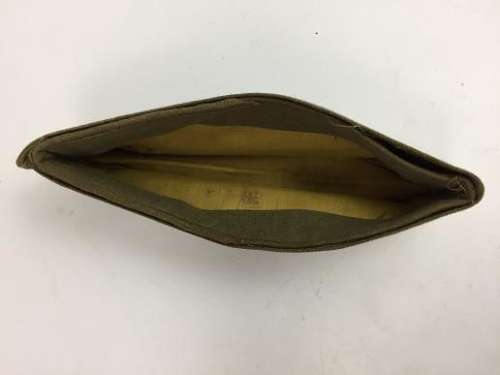 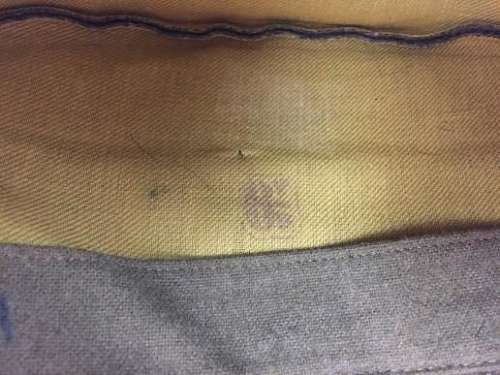 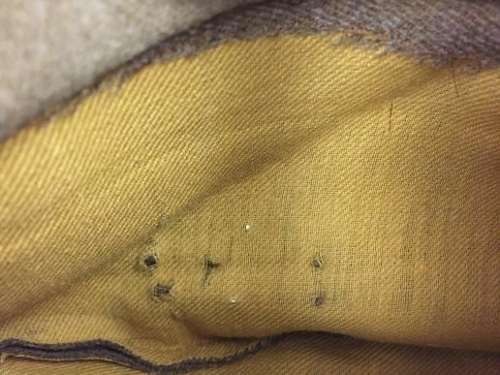 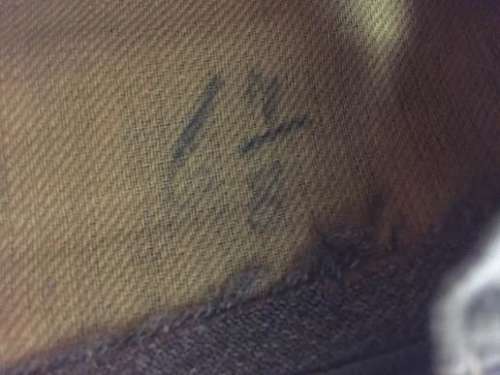 This hat is the pattern introduced just prior to the Second World War and was worn up until it was replaced in 1944 by the General Service beret.

The cap doesn’t appear to have been issued or worn as it is very fresh still. There are however a few holes where a cap badge has been affixed at some point. This is not really visible from the outside but is more clear when viewed from the inside and the pictures illustrate this.

There are no markings inside the cap aside from an ink size stamp of 6 7/8. There is also a hand written size, the same size again, under the return of the lining which runs around the very bottom inside edge of the hat. Whilst there is no date or manufactures name the cap is consistent with early War British made caps and there is no doubt that this is what it is.