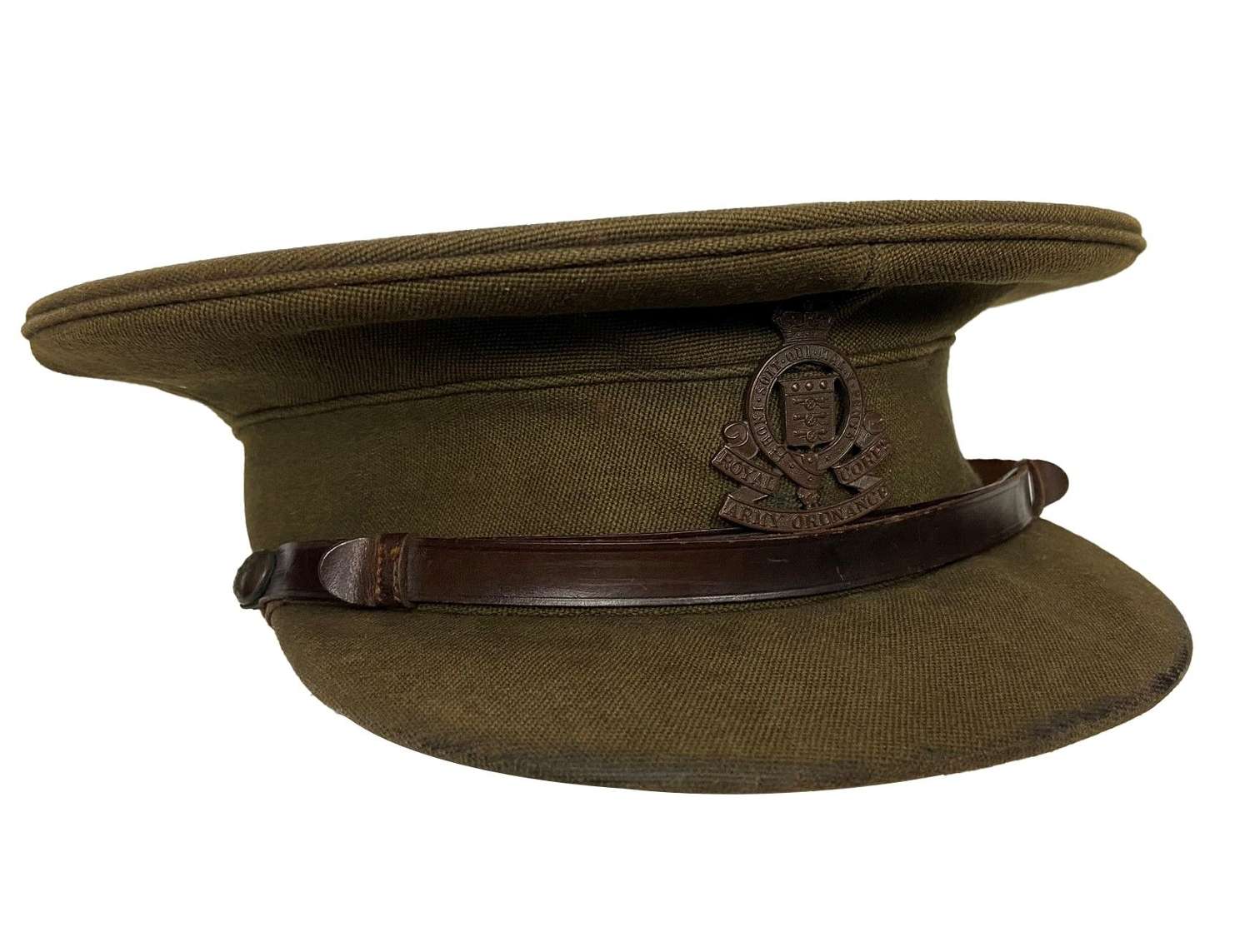 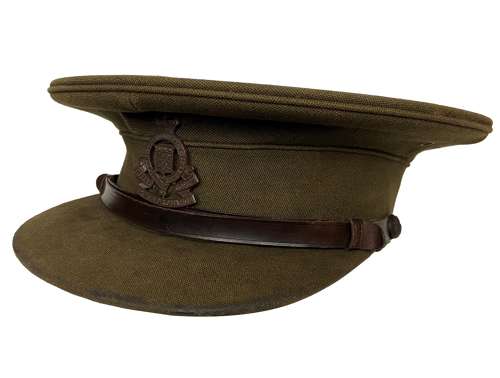 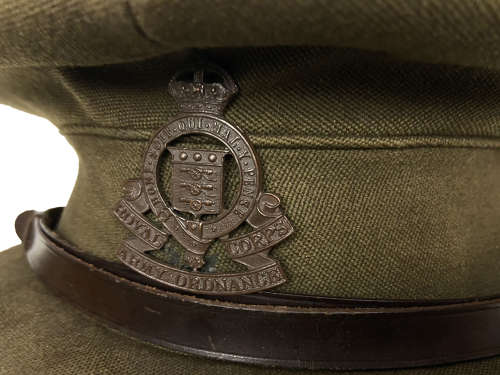 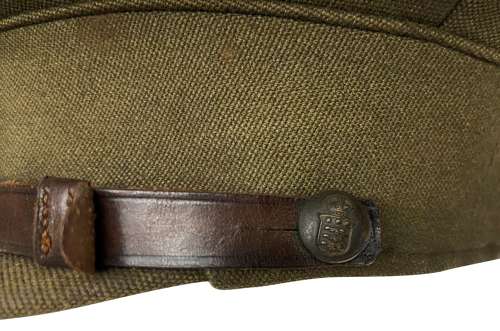 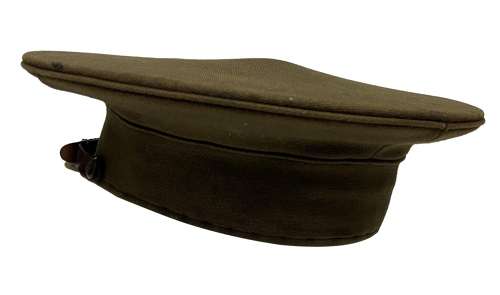 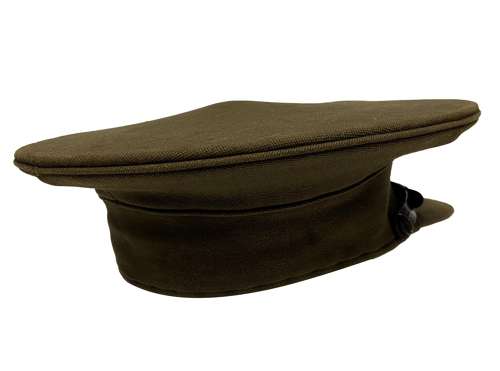 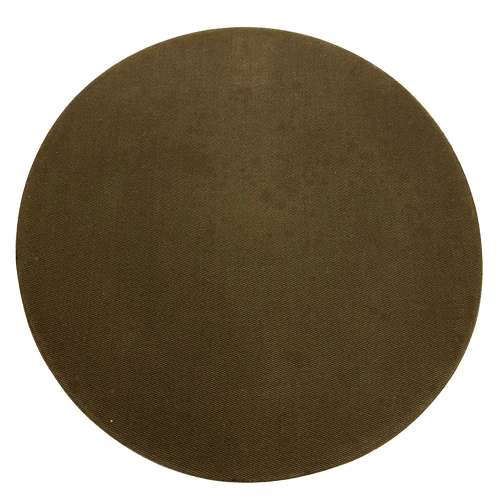 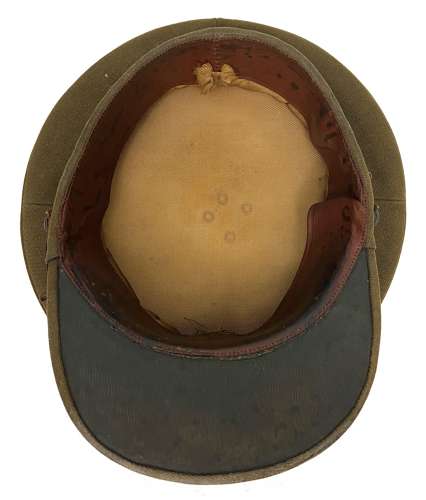 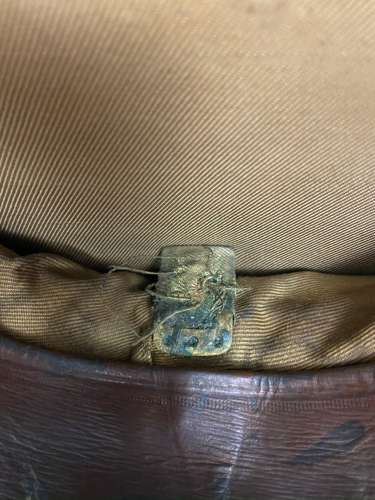 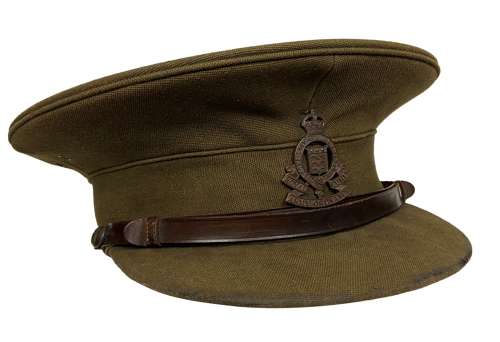 An original British Army Officers peaked cap which belonged to an officer of the Royal Army Ordnance Corps and dating from the inter-war period.

This original cap is an early shape which was common in the inter-war period and very beginning of the Second World War. It is made from a khaki green coloured barathea wool and features a D-shaped peak with green underside and a stiff crown which can be worn in two positions - up or down. This is done by the means of a brass bracket fitted to the inside of the cap which is a typical inter-war trait. To the front of the cap is an officers bronze service dress RAOC cap badge whilst small officers quality RAOC buttons are fitted to each side of the cap. These hold a leather chin strap across the peak of the cap.

The interior of the cap is lined in cotton and features a deep leather sweatband, typical of those found on early caps.

The hat is approximately a size 7 to 7 1/8 and measures 22" around the internal circumference of the headband.

The cap is in good overall condition and displays well as can be seen in the pictures. It has very signs of wear and use including grubby marks around the peak which are very befitting of a RAOC officer! Overall it has a fantastic look to it but please take time to study the pictures before purchasing.

Overall this is a really nice original cap with a great look to it. It would be ideal for someone interested in the inter-war period or BEF!