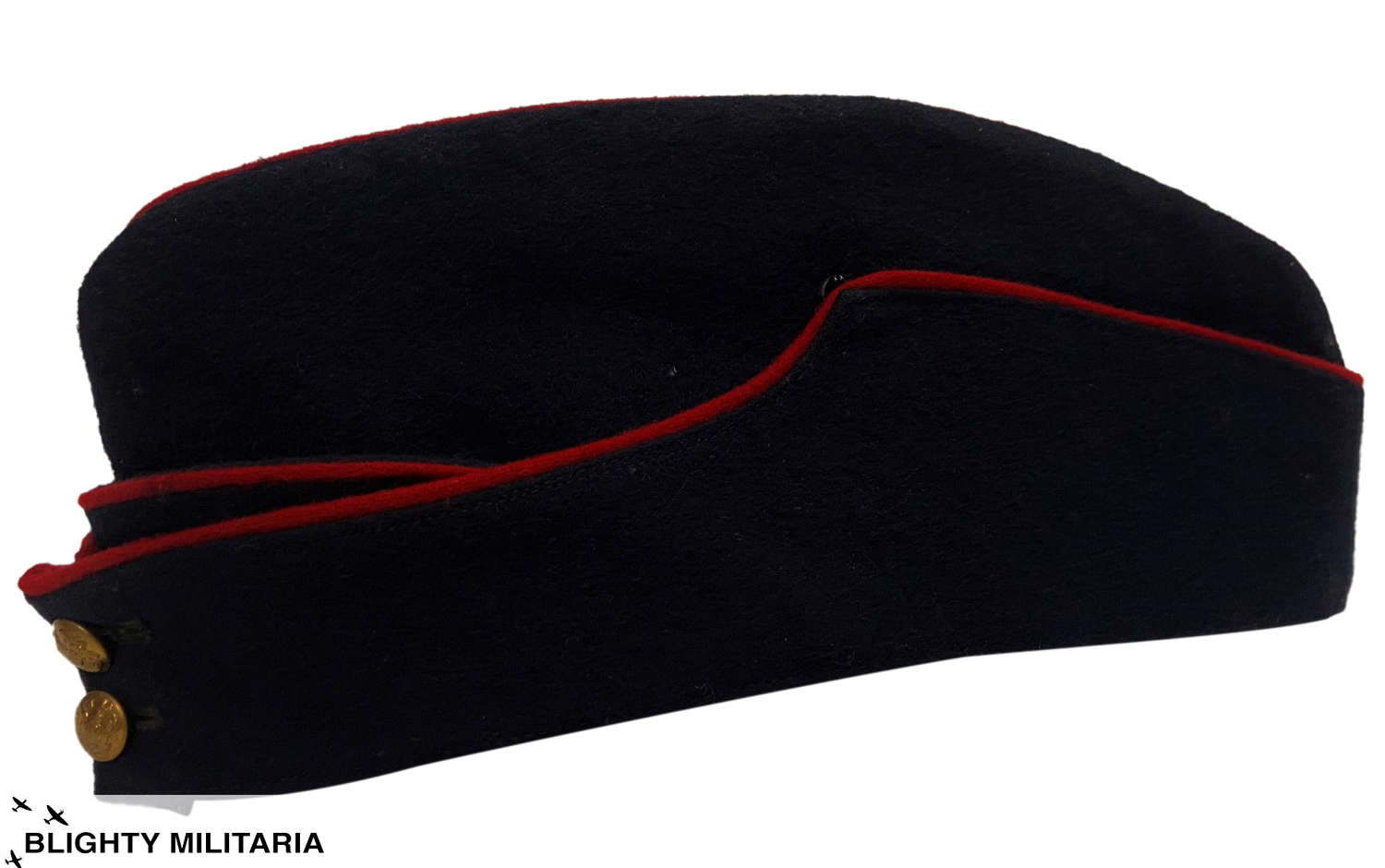 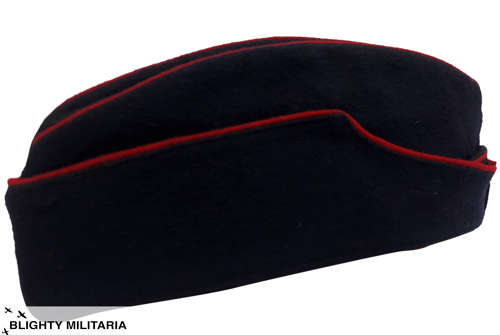 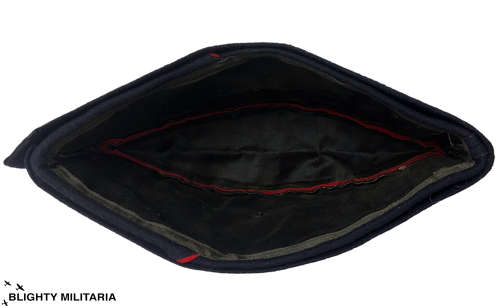 An original British Army navy blue coloured field service cap as worn by various regiments during the inter-war period as well as the Second World War.

This cap is made from a navy blue wool and features red piping to the top edge and two brass general service buttons to the front. The simple construction would suggest that this is potentially a wartime economy example as it is made in a simple way using limited materials. The sweatband is a good example of this, being no more than a thin piece of cotton tape.

The cap is a large size which will fit around a size 7 1/2 head.

The cap is in good condition for its age and it displays well with some limited signs of wear and age. There is no evidence of a cap badge being fitted and only a couple of small flaws to the exterior.

All in all a nice period cap which would make a good addition to any collection.