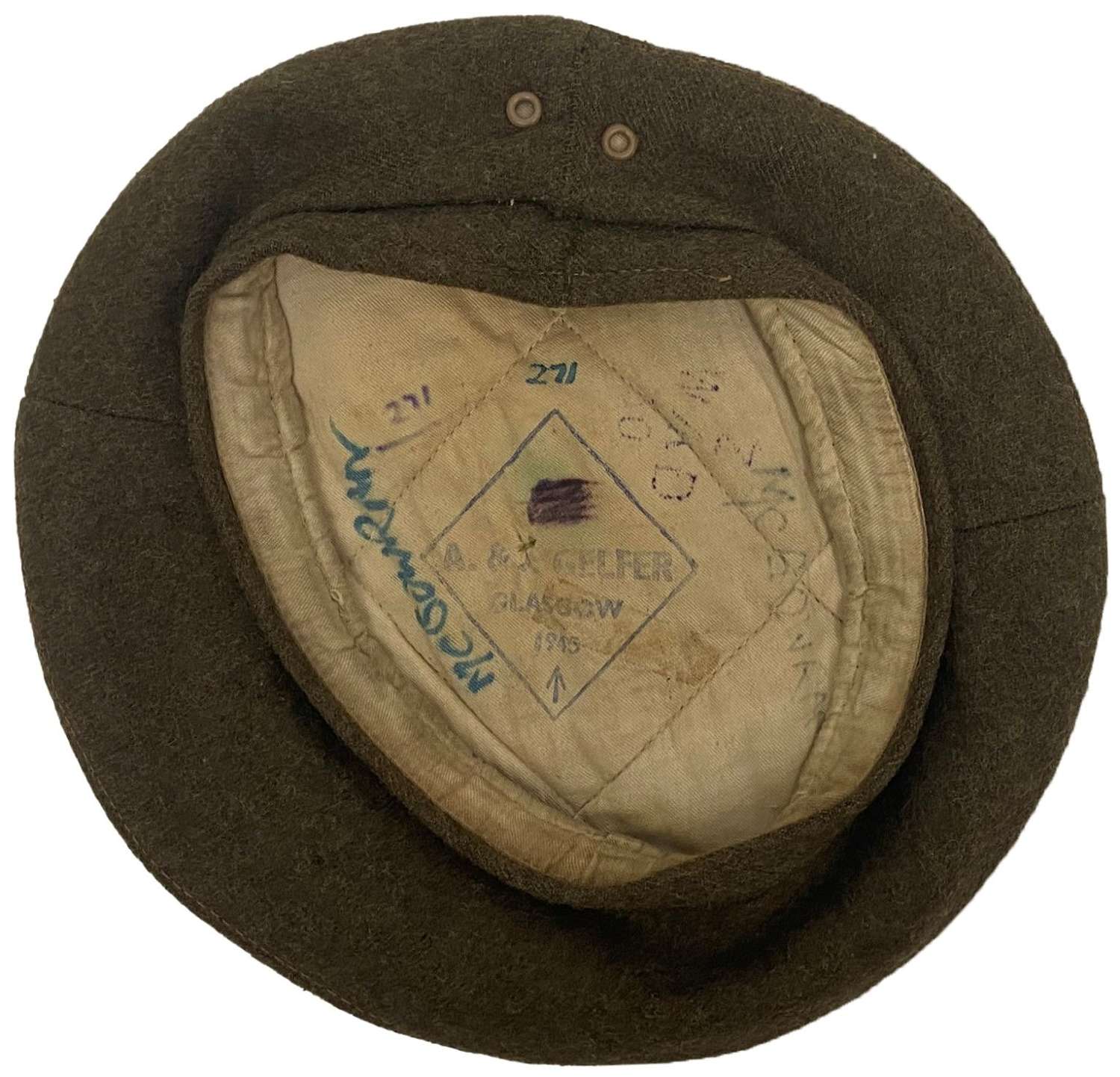 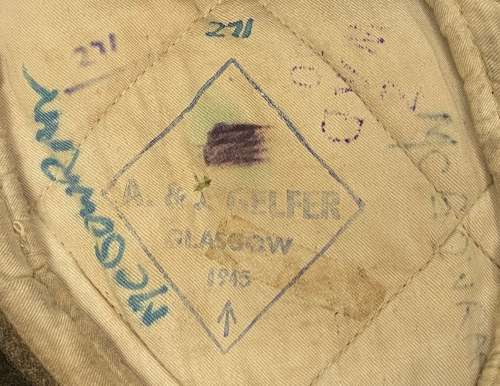 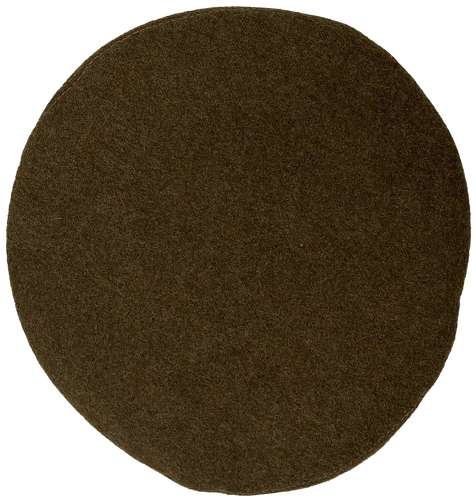 An original 1945 dated large British Army General Service Cap, often referred to as a ‘beret’, made from serge.

This particular example is in issued condition and is made from the same serge as used on the battledress uniform and were a common issue item during 1944-45.

The interior features the original makers markings of 'A & J Gelfer' of Glasgow as well as the 1945 date. The War Department broad arrow marking is in evidence but the size has been obliterated. It appears to be a size 6 5/8. A separate War Department broad arrow issue stamp is also present to the interior of the cap which is surmounted by the letter 'Z' which confirms the year of issue as 1945. The original owner has also marked their name to the interior twice which reads 'McGowran'.

The exterior of the cap is in excellent condition as can be seen in the pictures. The khaki green serge wool is very good and there is a small slot for a cap badge to be fitted. It appears to have previously been fitted in a different place with that hole being very finely stitched up. The rear seam features the same fine stitching which appears to have been done to make the hat smaller and would explain why the original size has been obliterated.

All in all a good example of a wartime GS Beret with good clear markings. Ideal for both the collector and re-enactor!