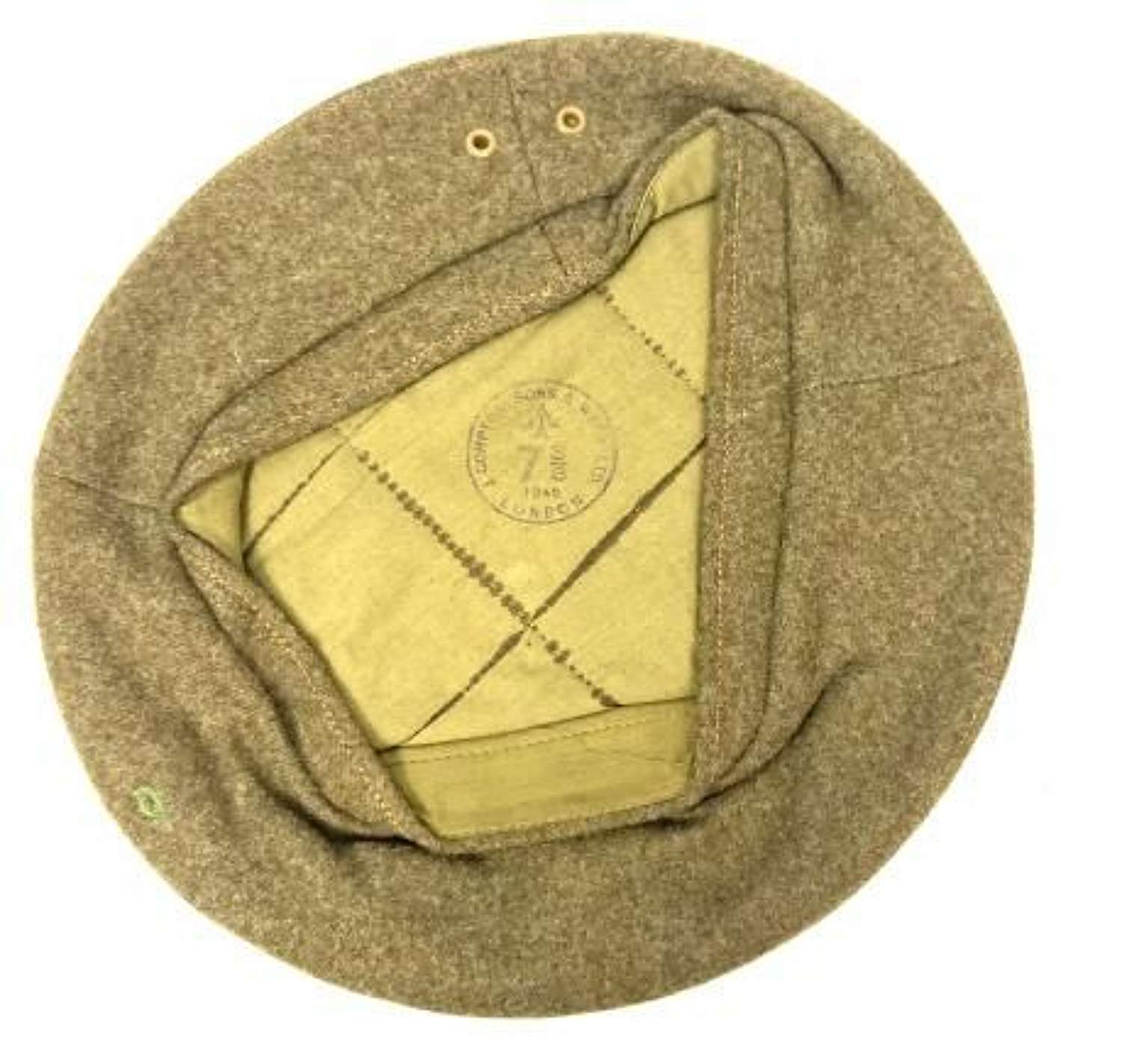 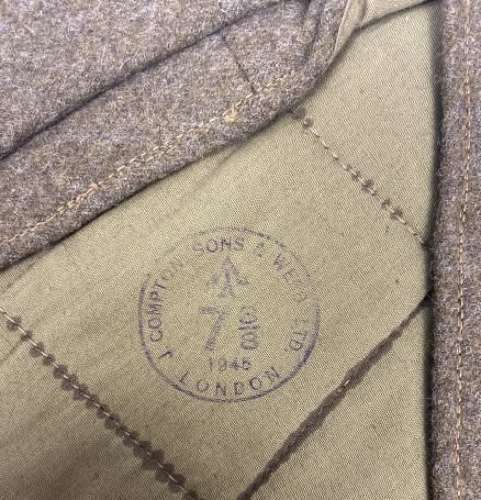 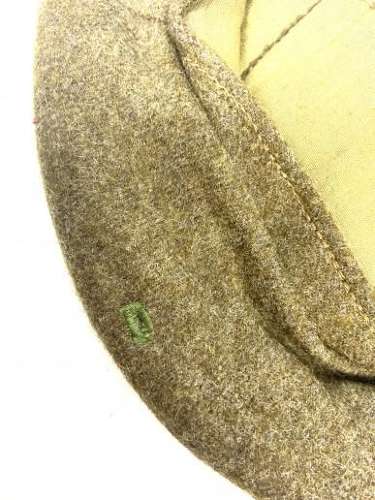 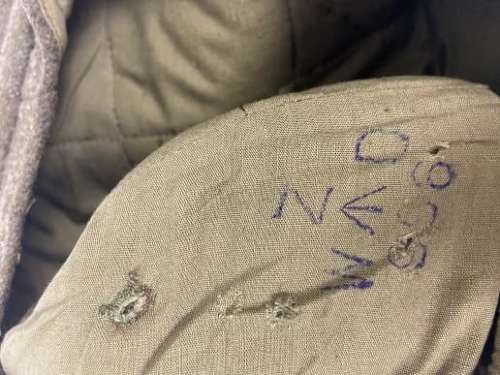 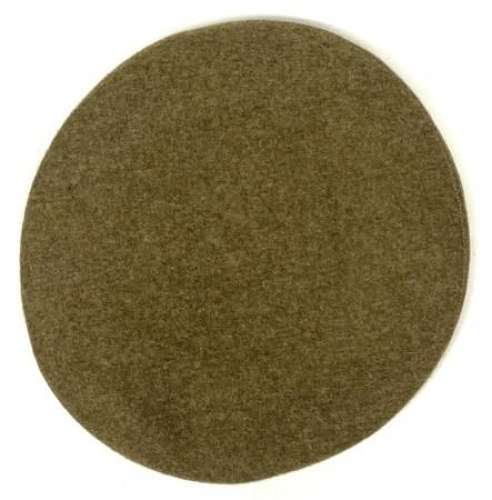 SOLD
An original 1944 dated large size 7 3/8 British Army General Service Cap, often referred to as a ‘beret’, made from serge.

This particular example is unissued and is made from the same serge as used on the battledress uniform and were a common issue item during 1944-45.

The exterior of the cap is in excellent condition as can be seen in the pictures. The khaki green werge wool is without any issue that I can see and it displays very well. There is a small hole for a cap badge to be fitted which is ben carefully hand stitched in green thread.

All in all a very good example of a wartime GS Beret in great condition in a large hard to find size. Ideal for both the collector and re-enactor!