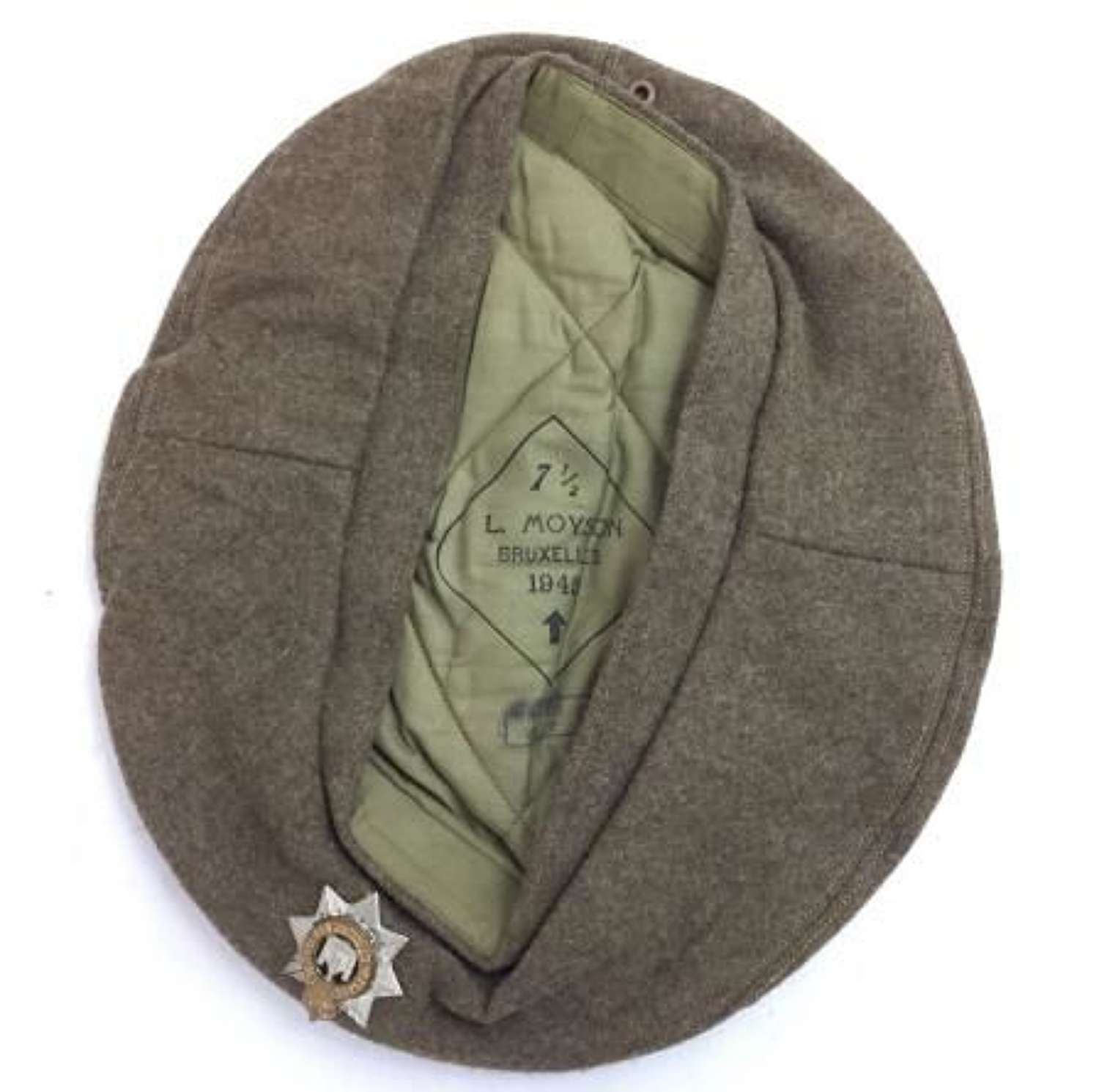 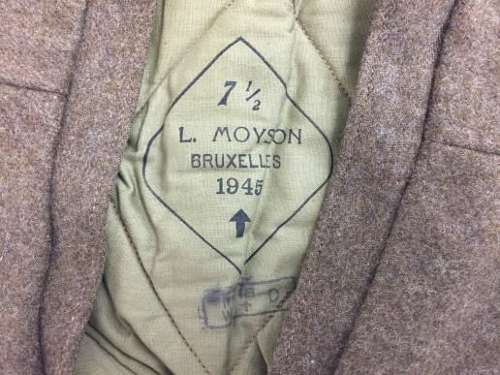 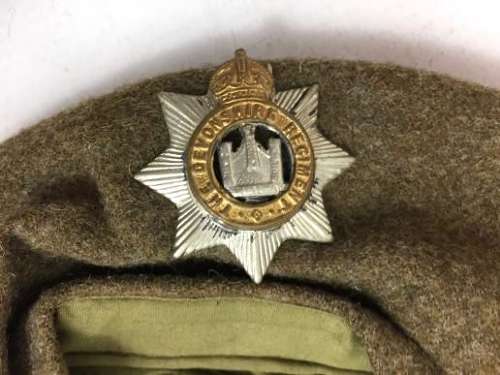 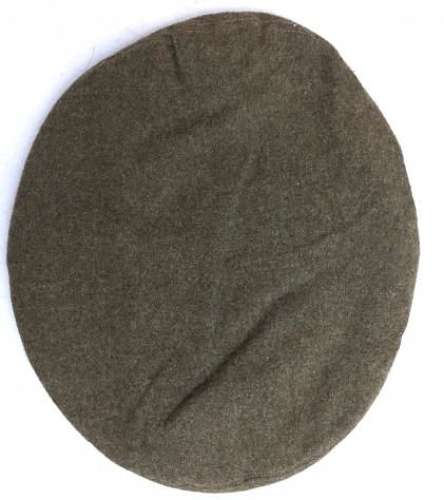 This pattern of beret came into use with the British Army in 1943 replacing the earlier Field Service cap. It was the standard issue headwear for all ranks for the rest of the war and for a couple of years post-war before being replaced with the navy blue version.

This particular example was made in Belgium in 1945 by 'L. Moyson' of Brusselss in a factory which had been liberated by the allies. It is common to find late war items made in Belgium as it meant shorter supply lines for troops fitting at the front. Other than the makers name however, there is nothing which would distinguish this hat from a British made example.

The hat is marked as a 7 1/2 which is a larger hard to find size, making it ideal for a re-enactor.

The beret features a Devonshire Regiment cap badge which is not original as it was fitted by the previous owner. It does however finish the beret nicely helping to make it look more as it would have done during the war.

The condition of the beret is very good with little to no signs of wear. The internal markings are still clear and legible and there is no damage that I can see. The exterior is somewhat creased from storage but this could be steamed out by the next owner if they so wished.

All in all a nice original war dated beret in a harder to find large size. Ideal for the collector and re-enactor alike!