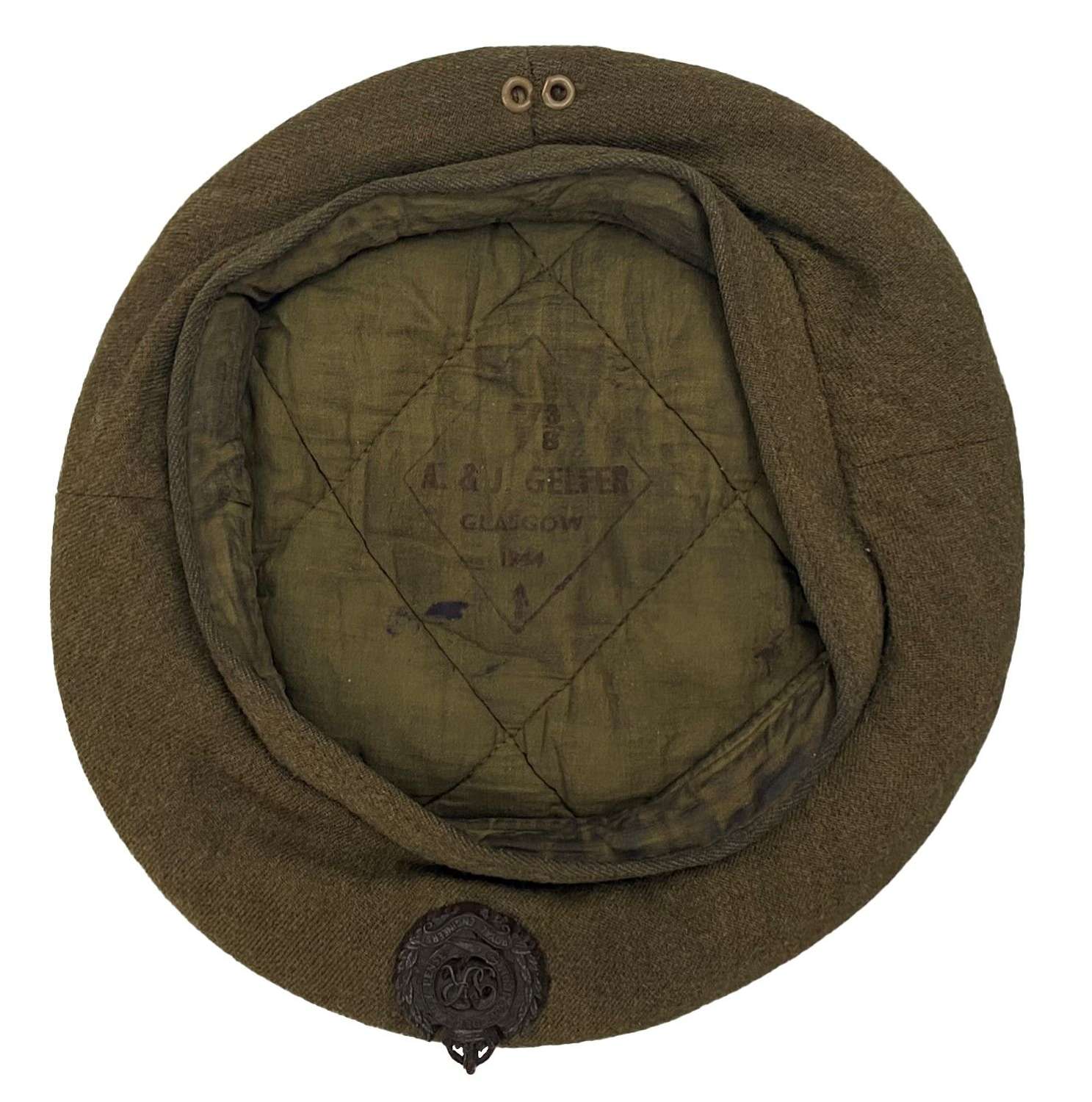 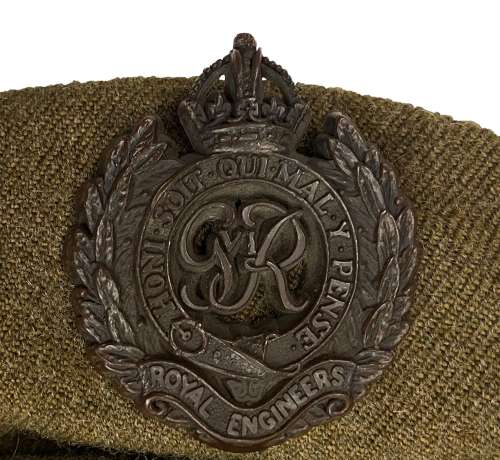 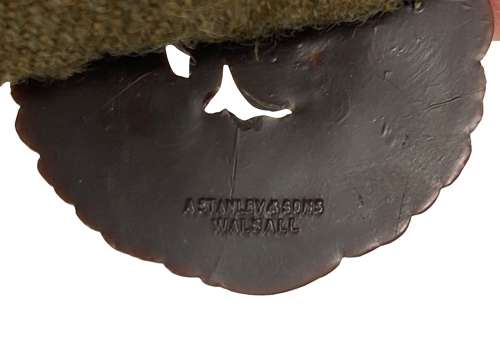 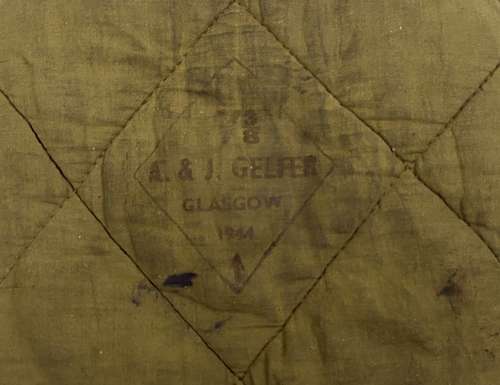 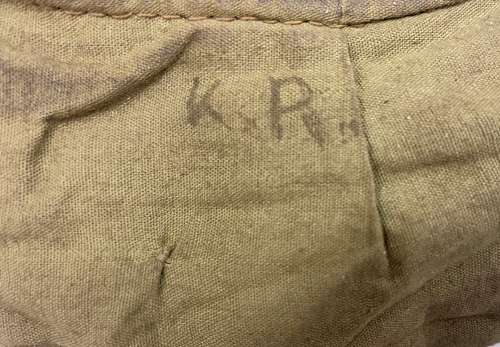 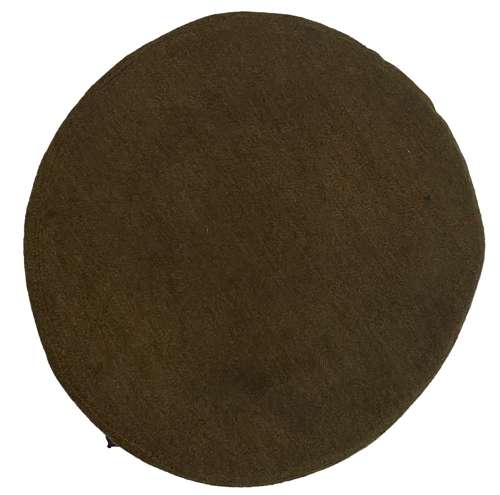 An original 1944 dated British Army General Service Cap, often referred to as a ‘beret’, made from barathea.

This particular example is made from barathea which are now the more sought-after type. This material was used on earlier manufactured caps before switching to the same serge as used on the battledress. They are more desirable today as they look smarter than the serge examples and are rarer to find.

The interior features the original makers markings which are still bright and legible with the manufactures name clearly marked as ‘A & J Gelfer’ and the date of 1944 being very clear. The size is marked as 7 3/8 and the War Department broad arrow is also present. The cap appears to have shrunk however to a smaller size of around a 7.

The original owner has marked his initials in ink to the interior of the cap which read 'K.R'.

The exterior of the cap is in good condition with some soiling as can be seen in the pictures. The interior shows signs of wear and use which are to be expected from an issued item. A plastic economy pattern Royal Engineers cap badge made by 'A. Stanley & Sons' of Walsall is fitted to the front of the cap.

All in all a nice example of a wartime GS Beret in good condition, made from the early and desirable barathea material. An ideal item for both the collector and re-enactor!