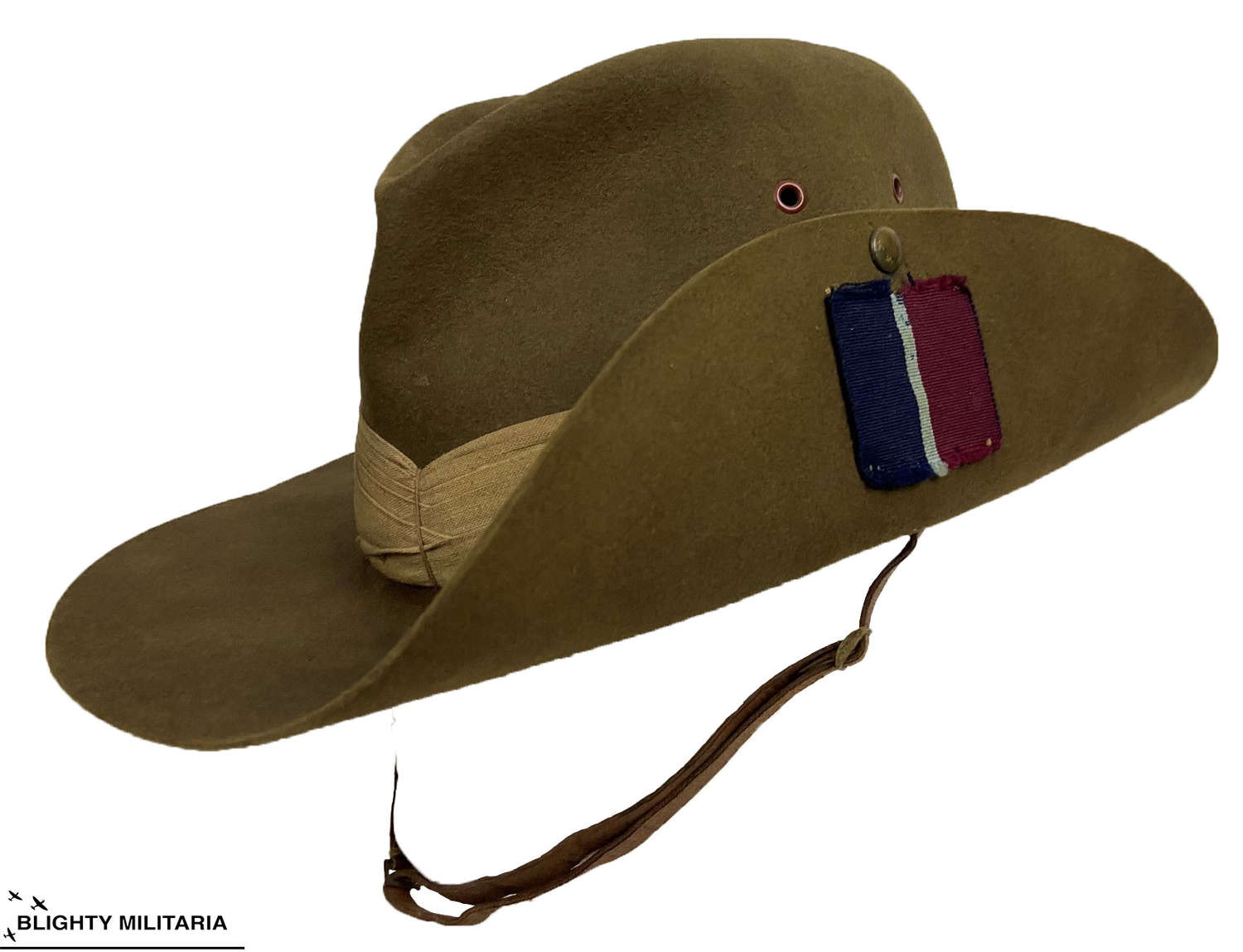 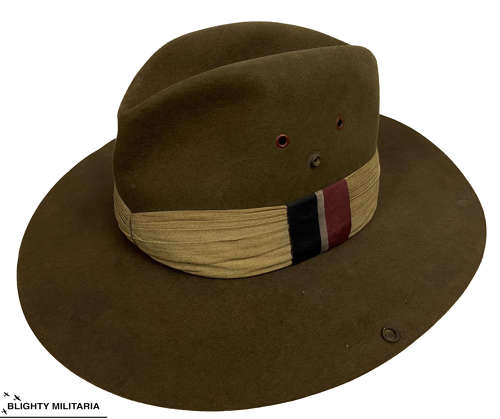 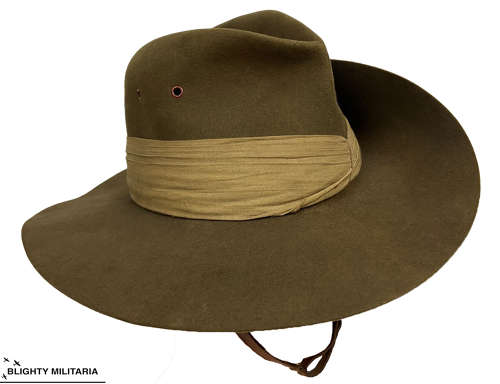 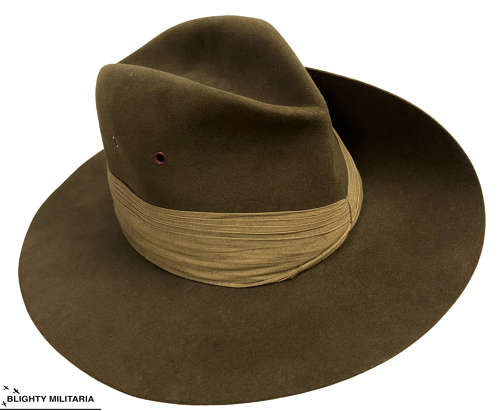 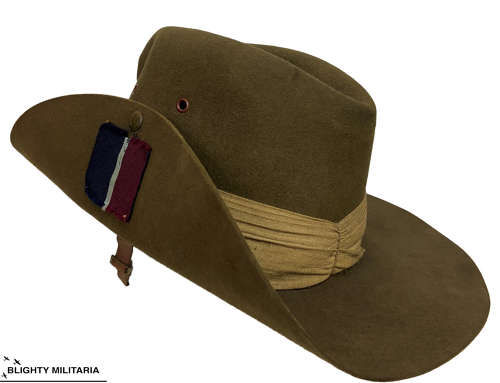 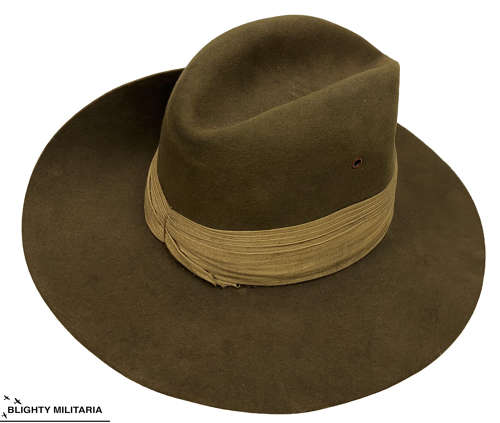 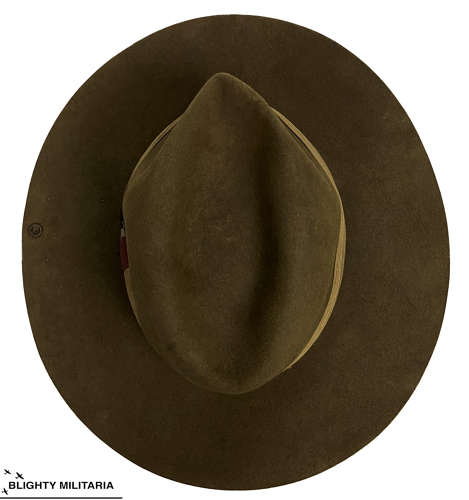 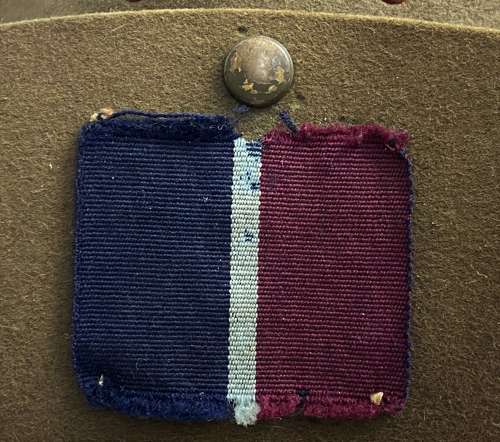 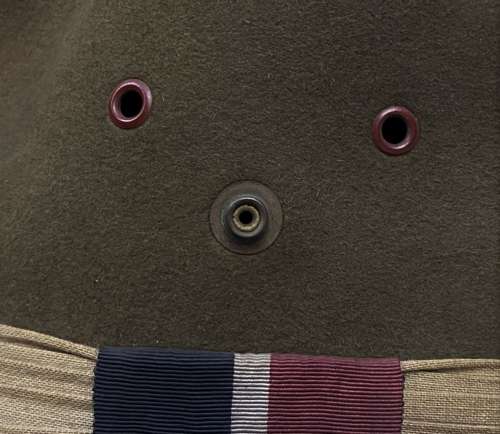 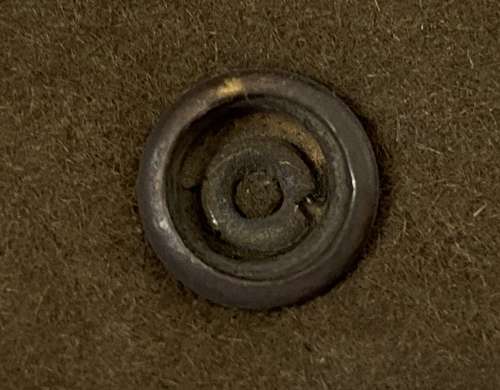 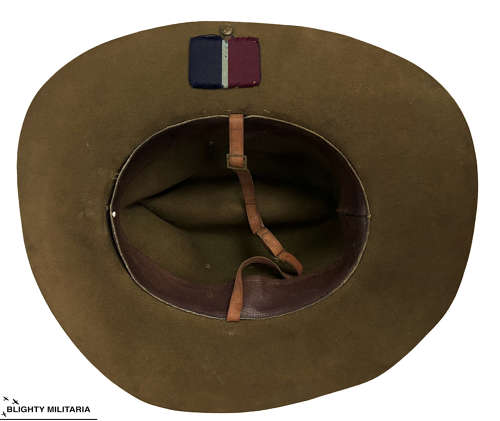 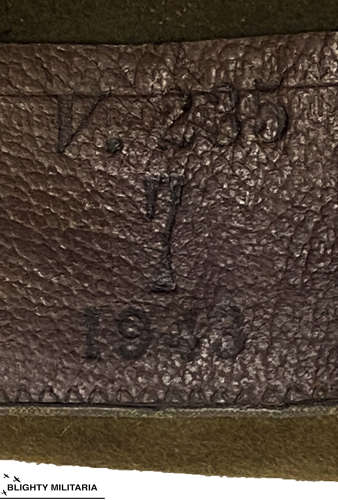 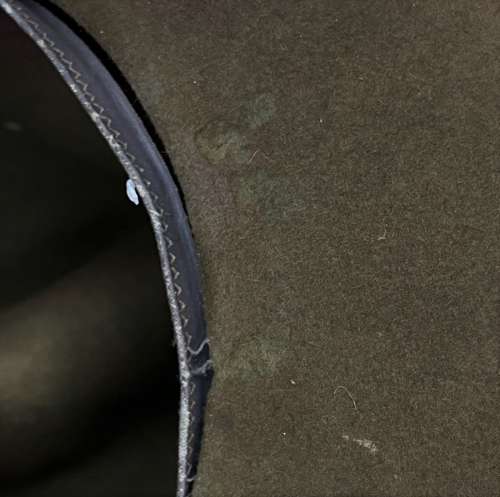 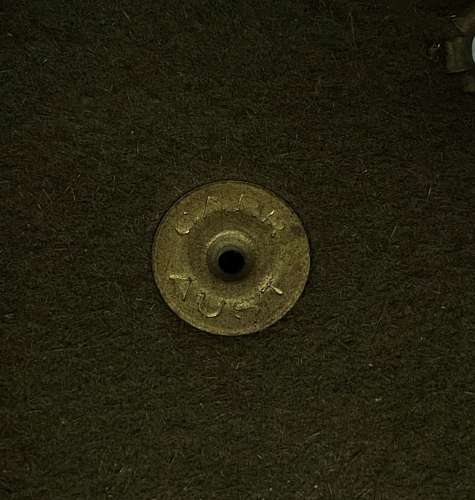 A very nice and original example of a wartime RAF Slouch which belonged to D. W. Clarkson and is clearly dated 1943.

This pattern of cap was worn throughout the war in the Far East and are now synonymous with the campaign. This example belonged to Donald Woodmouth Clarkson 1115089 who joined the RAF between september 1939 and February 1940. He served throughout the Second World War and saw service overseas in the Far East.

These hats were worn by all ranks of the raf, raaf and similar units in the Far East during the Second World War. This particular example is Australian made which is evident from the marking inside. It is made from a khaki green fur felt and features a leather sweatband to the interior and a leather chin strap. A pugree is fitted as is standard on this pattern and an RAF pugree flash is affixed to it on the left hand side. A second RAF flash is stitched to the underside of the brim which is visible when this portion of the brim is fastened in the upright position to the crown of the hat using a brass press stud.

The original makers are still present to the sweatband. The size of 7 is marked as is the 1943 date. The contract number is also present and is prefixed with the letter 'V' as is common to find on Australian made military items.

The hat is in good condition overall and displays very well. There are limited signs of wear and some signs of age with a small amount of moth grazing which is shown in the pictures. Overall it is a very nice example but is not perfect so please take time to study the pictures before purchasing.

A nice example of this pattern of hat which is an attributed, guaranteed wartime example which saw use in the Far East.