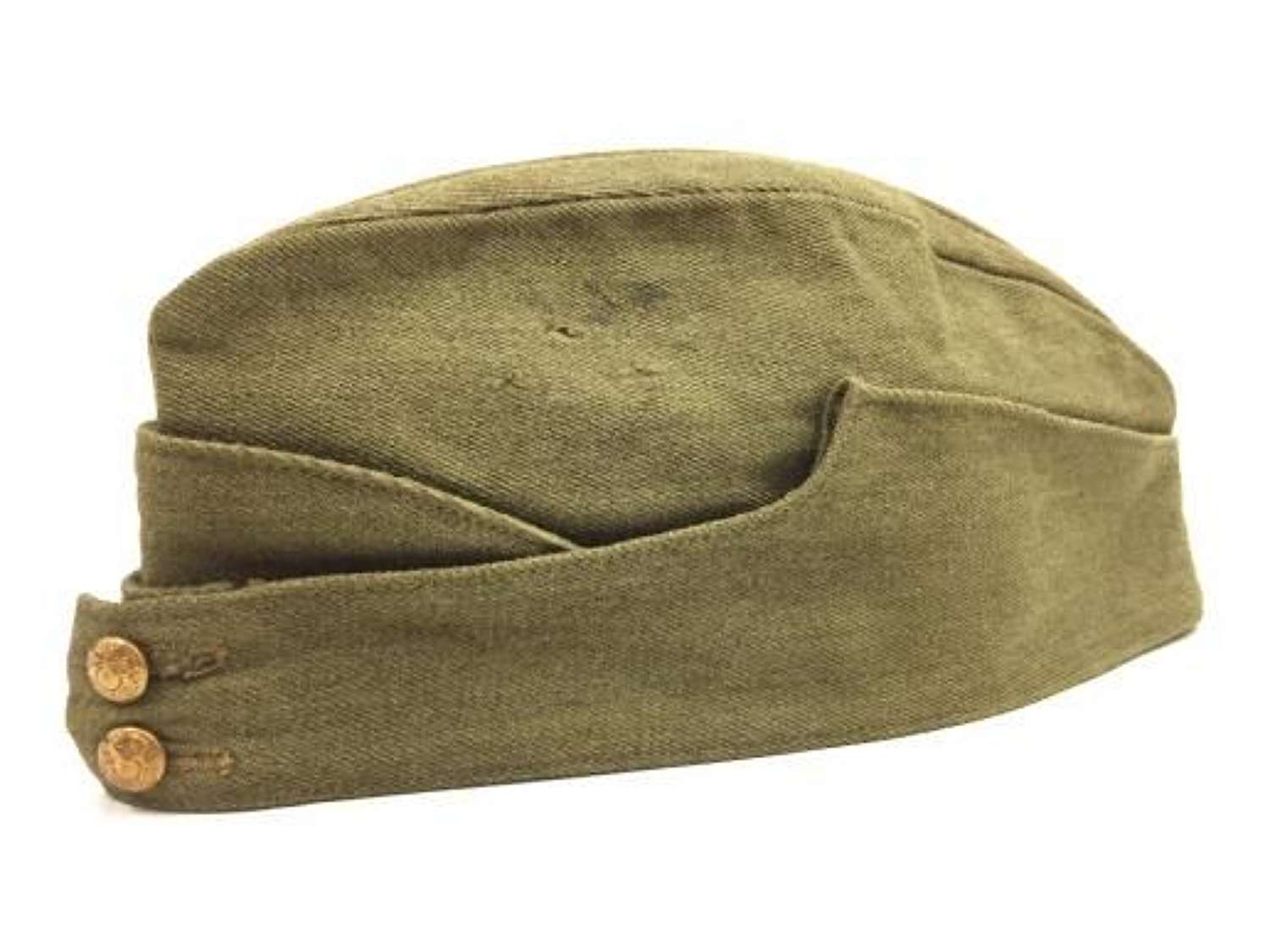 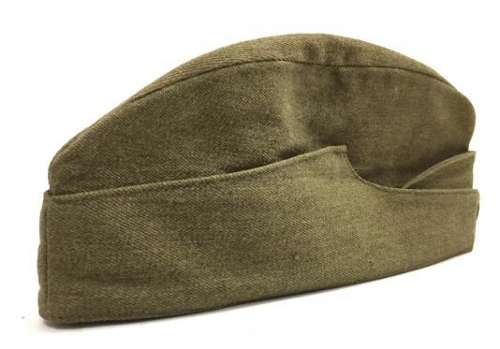 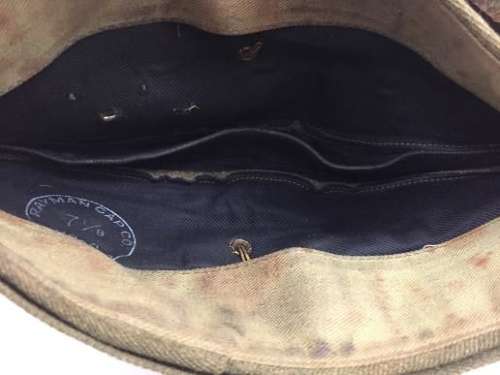 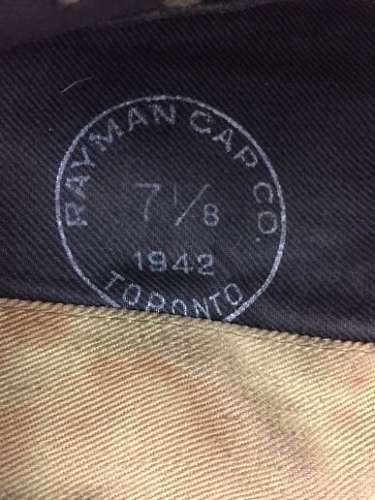 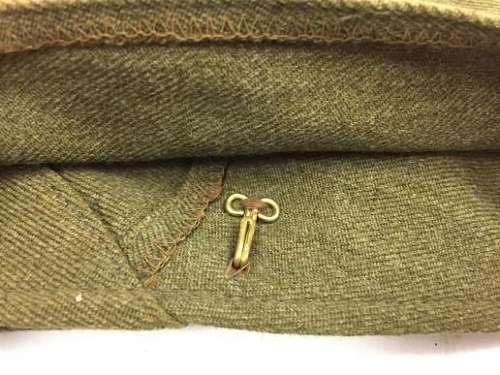 SOLD
An original 1942 Dated Canadian made other ranks side cap in a good wearable size 7 1/8.

This pattern of cap came into use with the British Army as well as the Canadians and other commonwealth units shortly before the outbreak of the Second World War. It stayed in service until it was replaced by the General Service cap, or beret, in 1943. They did continue to be worn after this date however with some men still wearing them in the Normandy campaign as well as in Italy.

This particular example is Canadian made Although that is only evident from the manufactures marking. From the outside this could easily pass as a British example as the colour is identical.

The cap bares it’s original makers stamp inside which is still bright and legible. It states the manufacturer as ‘Rayman Cap Co’ of Toronto. The 1942 date is present as well as the size, 7 1/8.

The condition of the hat is good and it displays well. It has had some wear and shows signs of having a couple of cap badges being attached in its lifetime. The interior shows some signs of use but is overly soiled.

Overall a nice original forage cap with a clear wartime date which would compliment a WW2 collection or be good for a reenactor.