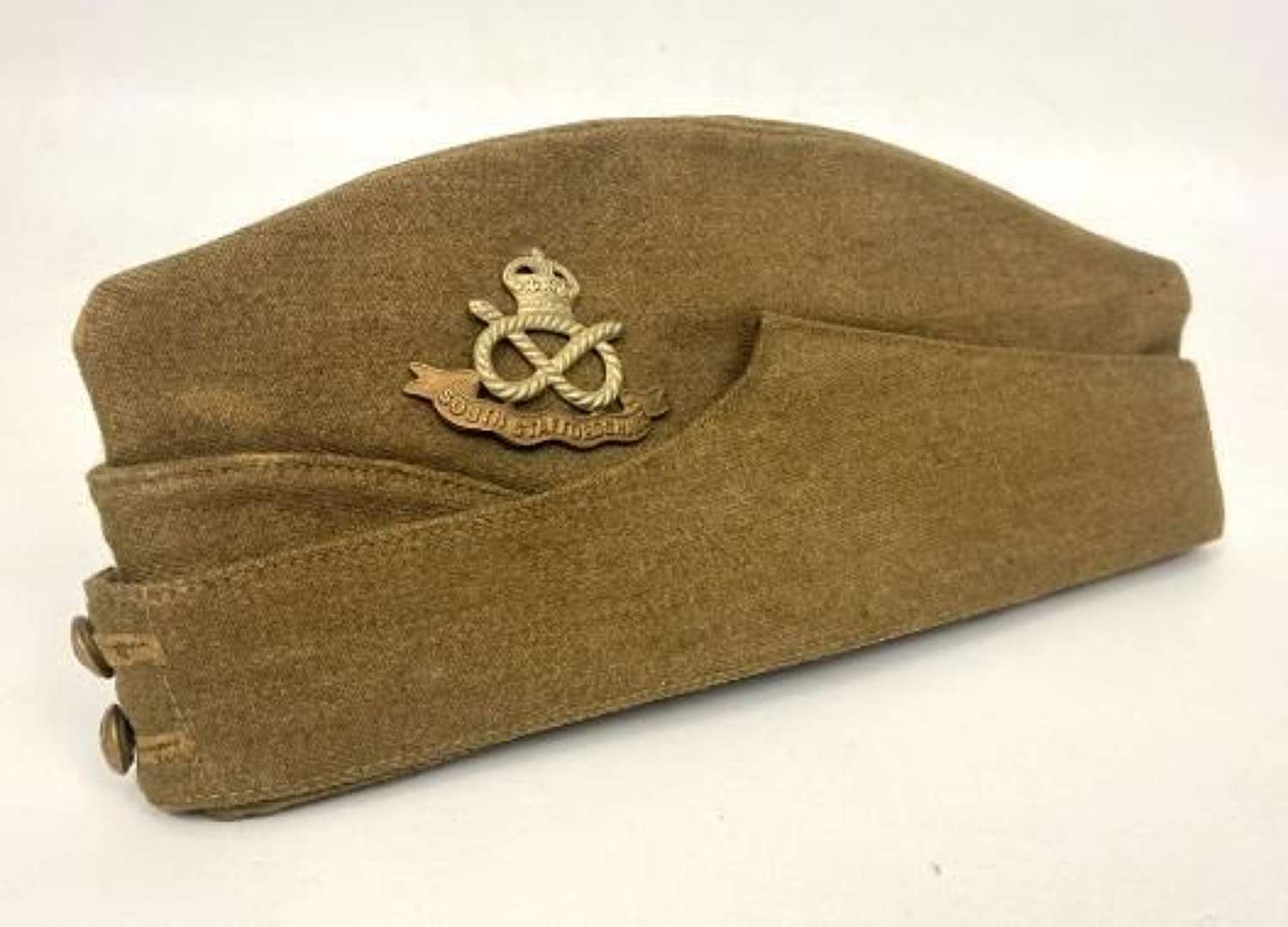 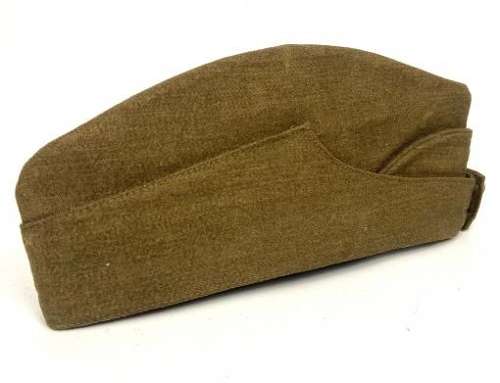 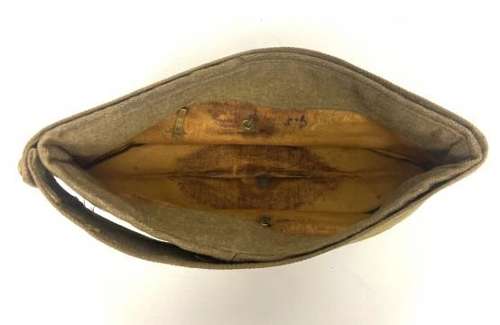 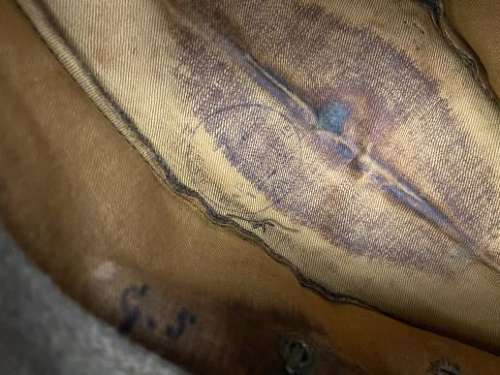 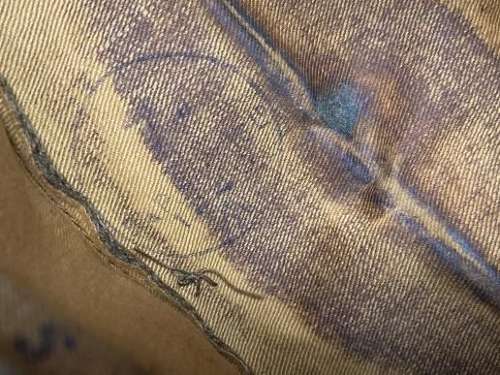 This cap was the standard issue headwear for the British Army and Home Guard from the outbreak of the Second World War until 1943 when it was replaced by the General Service beret.

This particular example was made in 1942 as can be seen from the makers stamp to the interior of the cap. Sadly the makers name is no longer legible but the size can just be made out as 7, possibly larger as the numerals next to it have been obliterated.

The cap features to brass kings crown buttons to the front and a South Staffordshire Regiment cap badge which appears to be a restrike. The original owner has marked his initials to the interior which read 'G.S'.

The condition of the cap is good and it displays well showing only limited signs of age and wear. The interior is marked from use but in sound condition.

All in all a nice wartime dated cap which would suit both the collector and re-enactor alike.