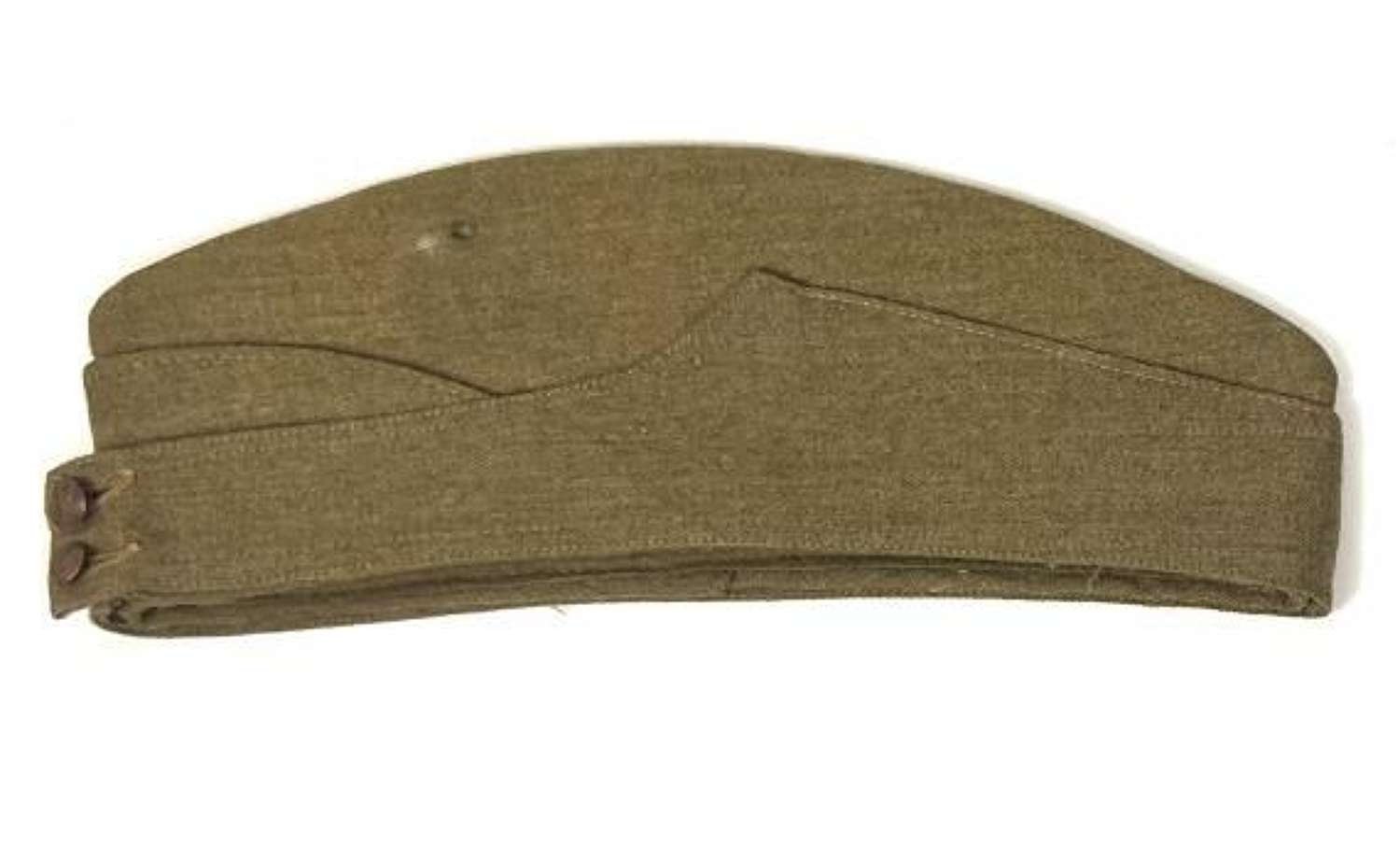 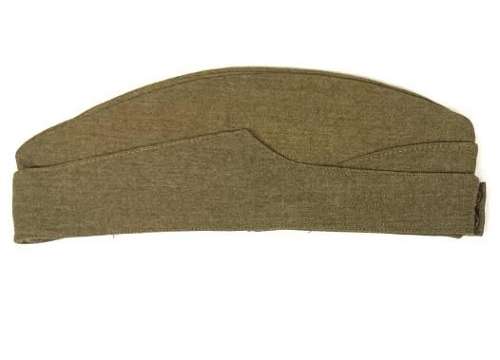 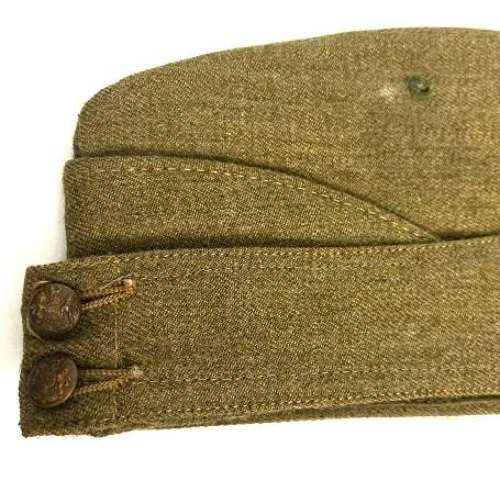 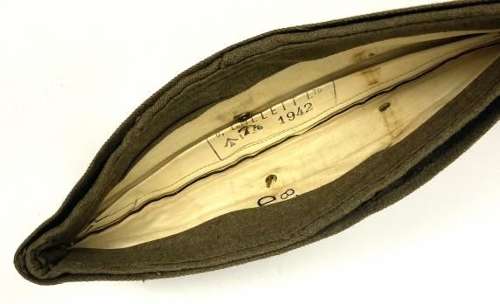 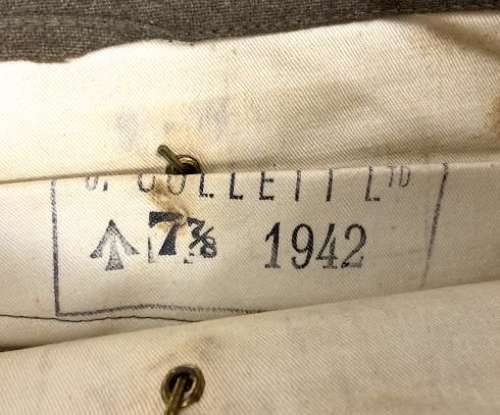 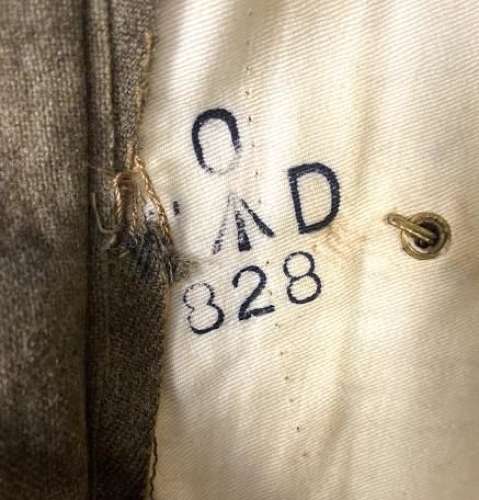 This cap is the largest I have ever come across and is a rare item due to its size. The interior of the cap is marker with the makers name ‘J. Collet Ltd’, the 1942 date and the size which is 7 7/8. The War Department broad arrow marking is also present as is usually the case with these markings.

The cap is in excellent condition as can be seen in the pictures. There are no real signs of wear although there are a few marks to the interior. A hole has been added to the front of the cap to support a cap badge which is of course quite normal. Overall it displays very well.

Altogether a very nice cap in a very hard to find extra large size. This would make a great addition to a collection or could suit a re-enactor.