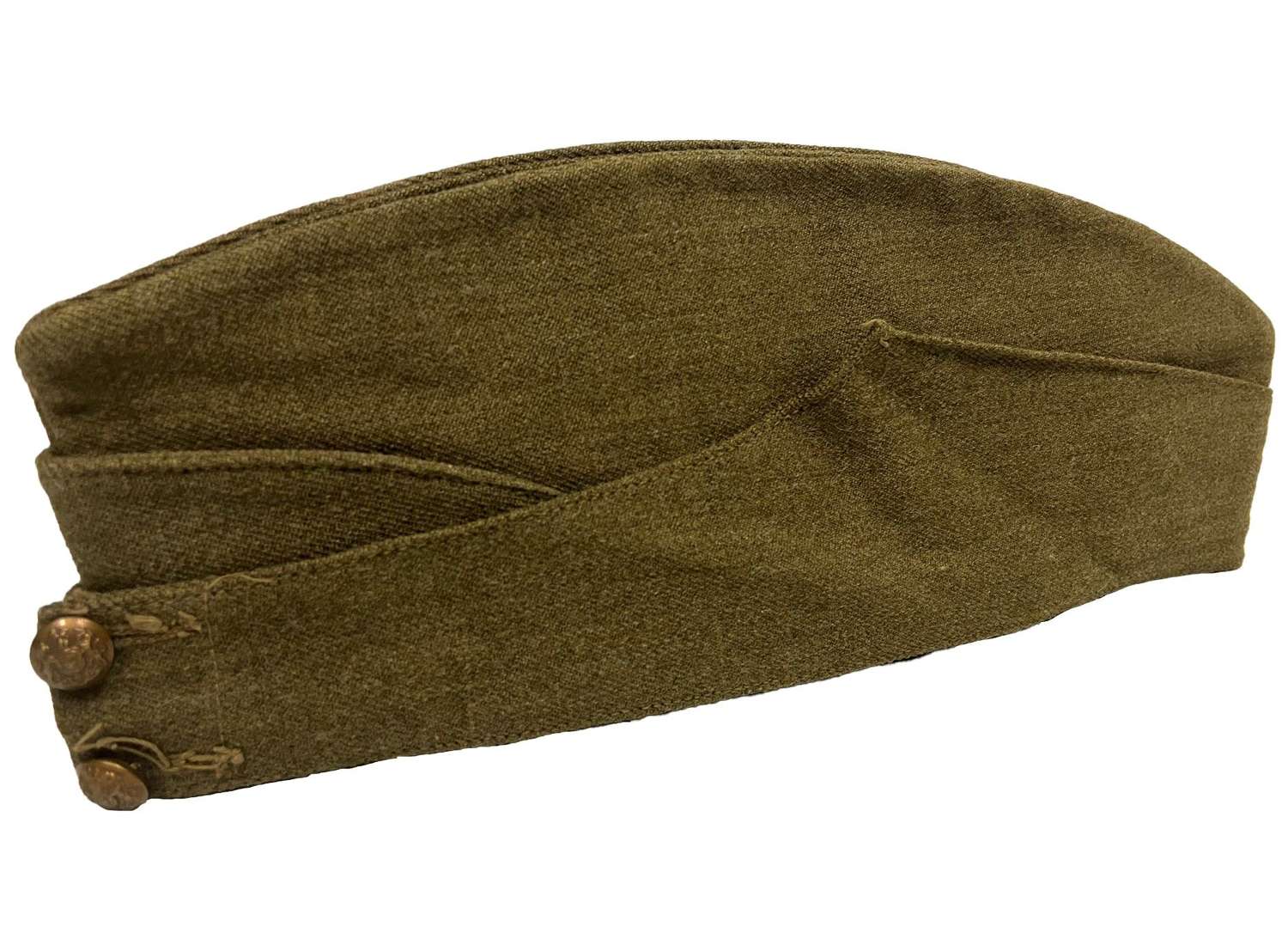 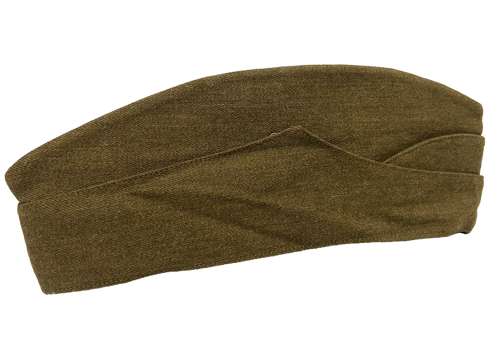 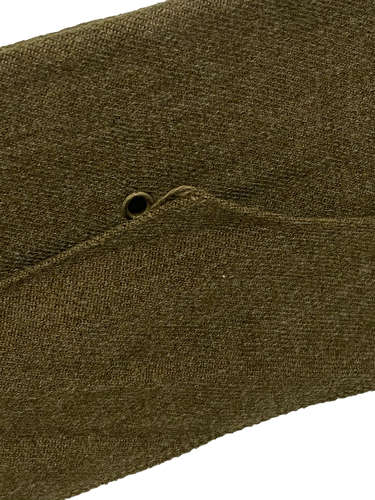 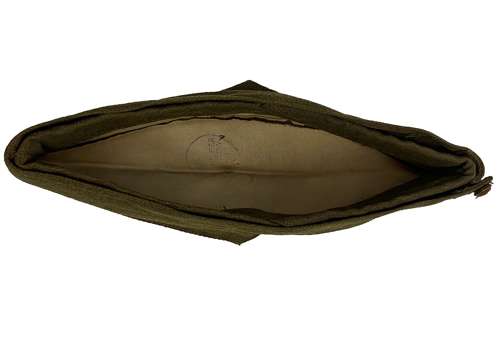 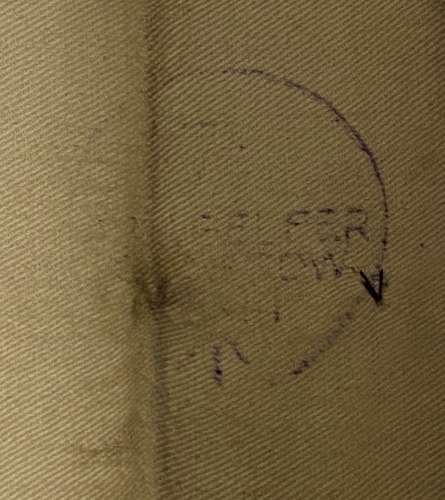 The interior of the cap is marked with the maker's name ‘A & J Gelfer’, the 1941 date and the size which appears to be 7 1/4. The War Department broad arrow marking is also present as is usually the case with these markings. The cap measures at 11" along the opening when laid flat which ties in with the size stamp.

The cap is in excellent condition as can be seen in the pictures. There are only limited signs of wear although there are a few marks to the interior. One of the brass hooks that holds the curtain on is missing although this does not really affect the cap when worn or displayed.

Altogether a very nice cap in a very hard to find size. This would make a great addition to a collection or could suit a reenactor.