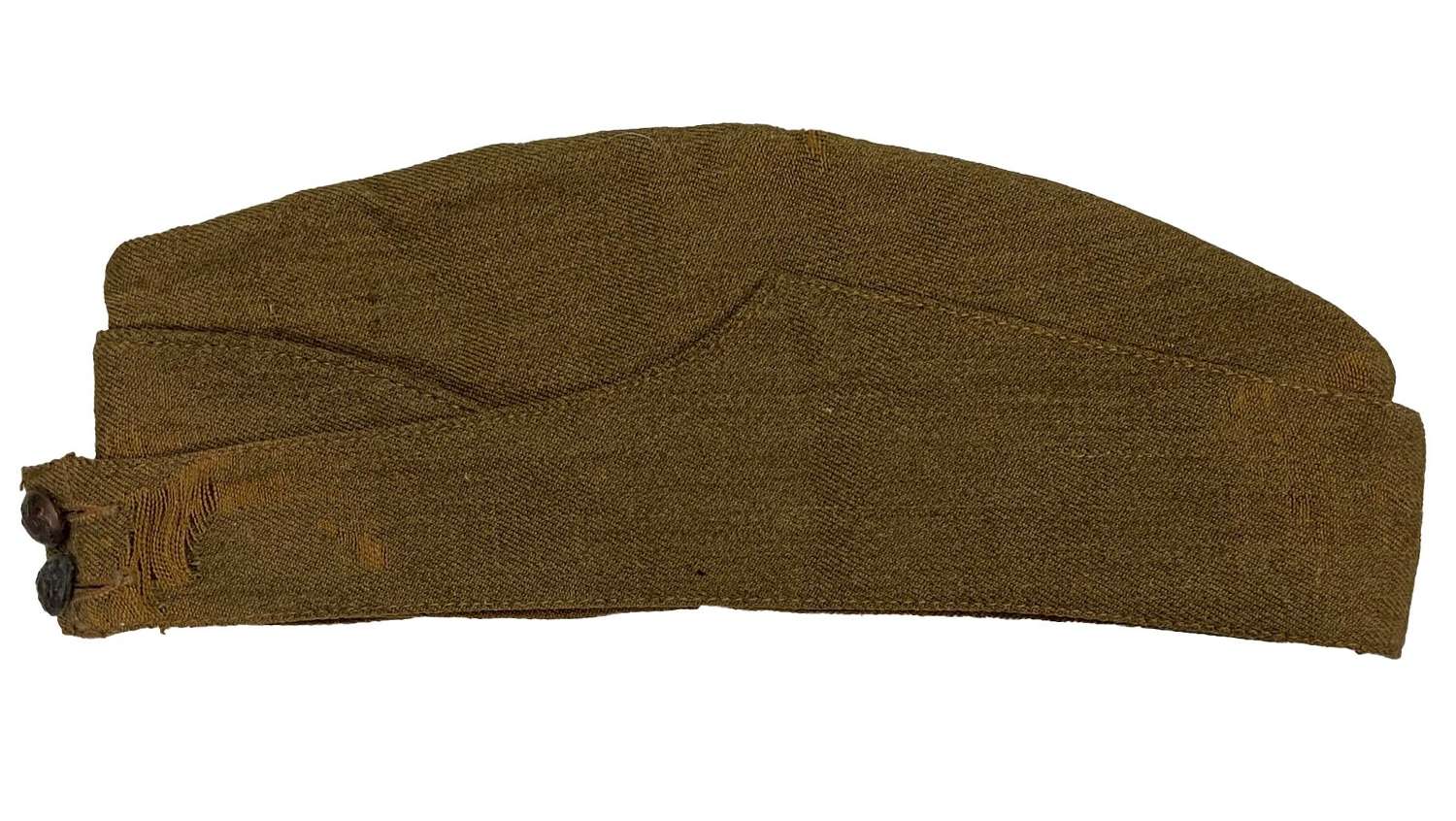 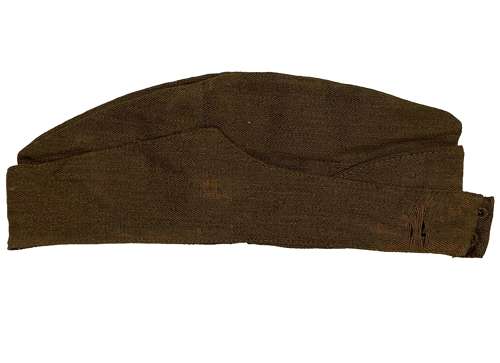 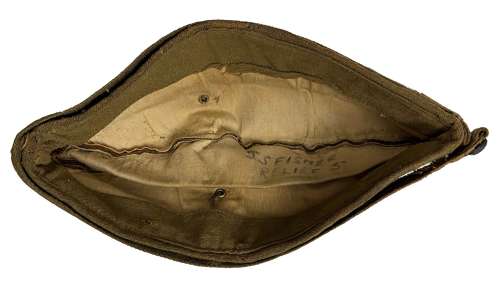 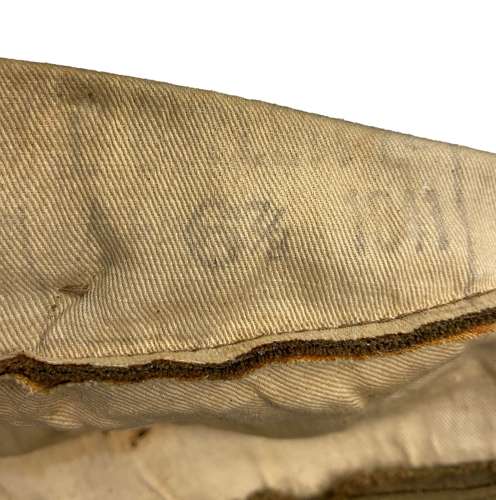 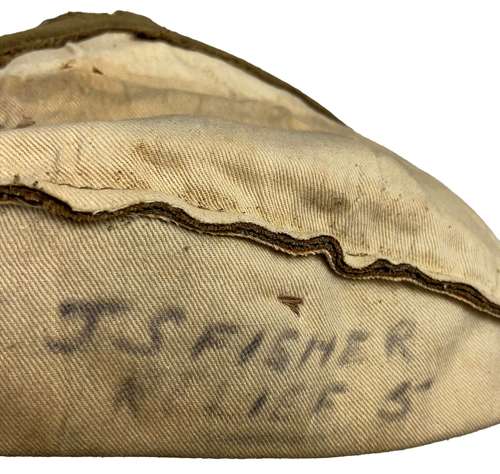 The interior of the cap is marked with the 1941 date and the size of 6 7/8. The original has also marked his name in ink which reads J. S. Fisher Relief 5'.

The cap is in reasonable condition  with some signs of age and wear as can be seen in the pictures. Please take time to study them before purchasing.

Whilst not the finest example ever, this is an original war dated item.