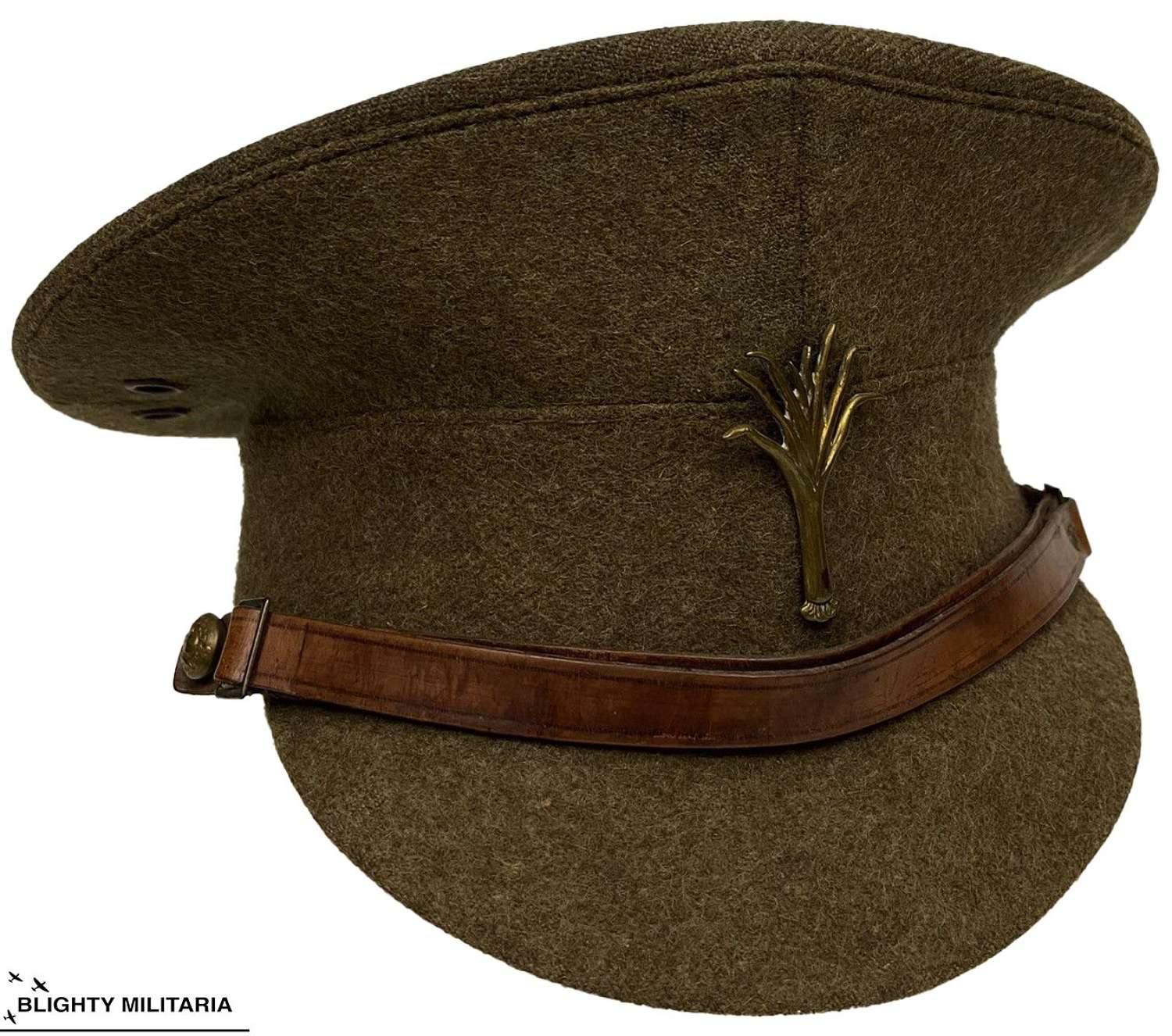 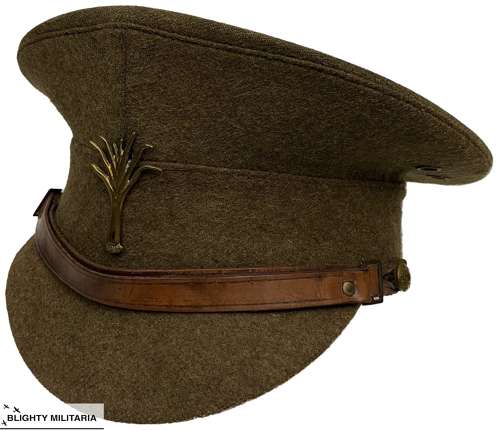 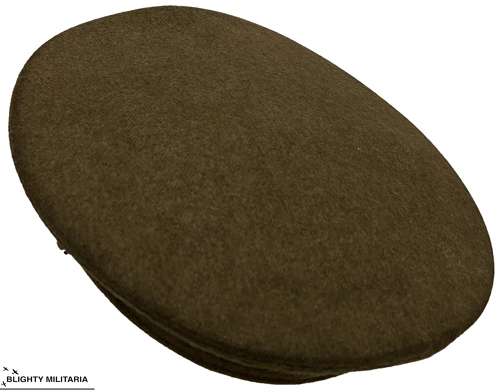 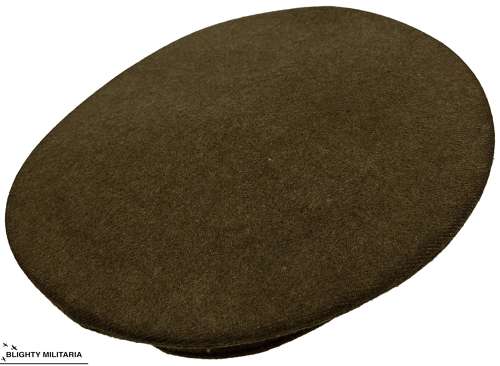 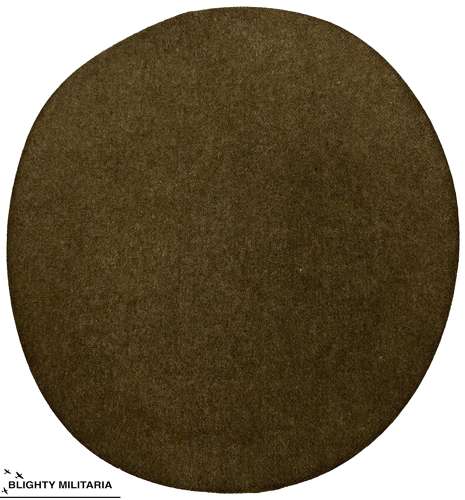 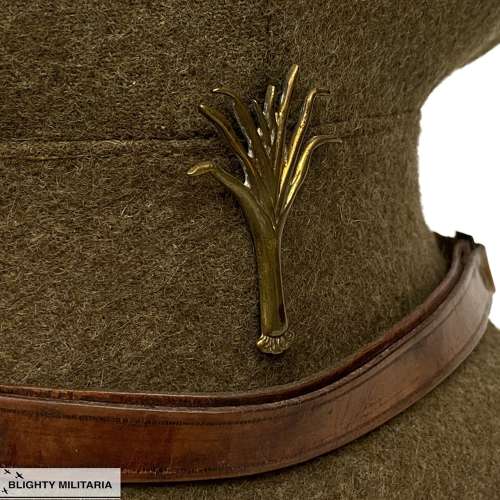 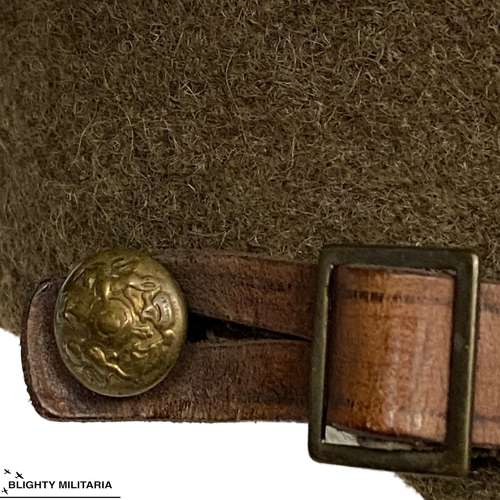 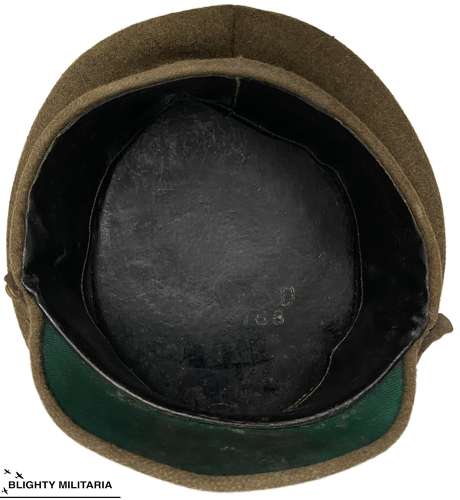 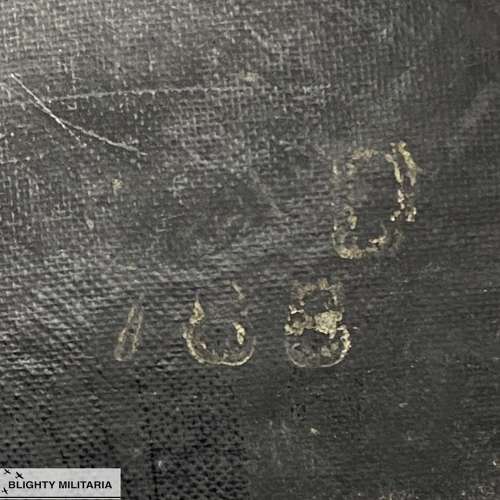 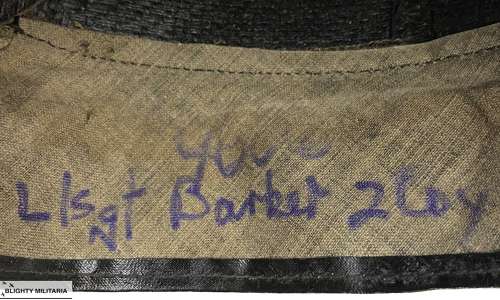 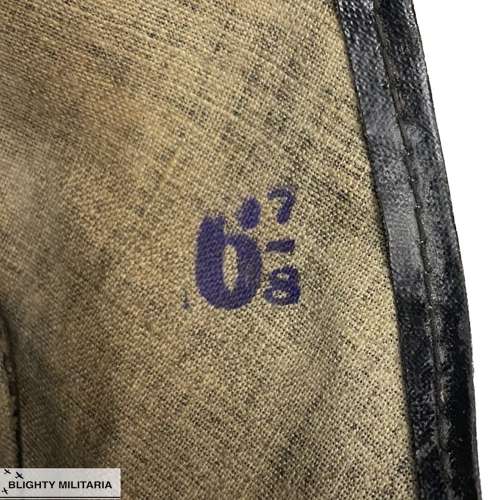 An original Welsh Guards Service Dress Cap dating from the 1940s and in good condition.

This pattern of cap was worn by Guards Regiments for a number of years and is clearly different from the standard pattern worn by other regiments of the British Army. This is because the peak has been 'slashed', to use the common term. This relates to the angle of the peak which is moved into a downward position towards the eyes, rather than coming straight out like the standard pattern. Aside from this, the cap is the same as the standard issue examples. It is made from a khaki coloured serge wool and features a black oilskin lining and green underside to the peak. A leather chin strap is fitted to the front of the cap and is held on with brass General Service buttons all of which are clearly original to the cap. The cap badge is also clearly the original and a nice example.

Inside the cap the War Department acceptance stamp is still present, although frustratingly, the letter code has worn away meaning the cap can't be dated exactly. None-the-less it is clearly a WW2 period example based on the construction. The original owner has added his name in ink to the interior which reads 'L/Sgt Barker 2 Coy' which may offer scope for further research. The size is also marked inside the headband as 6 7/8.

The cap is in good condition with signs of wear and use. There are marks around the edge of the crown where it has been handled many times along with other signs of wear and age. Overall it displays very well but please study the pictures before purchasing.

A very nice and very original Welsh Guards cap which would make a nice addition to any collection.