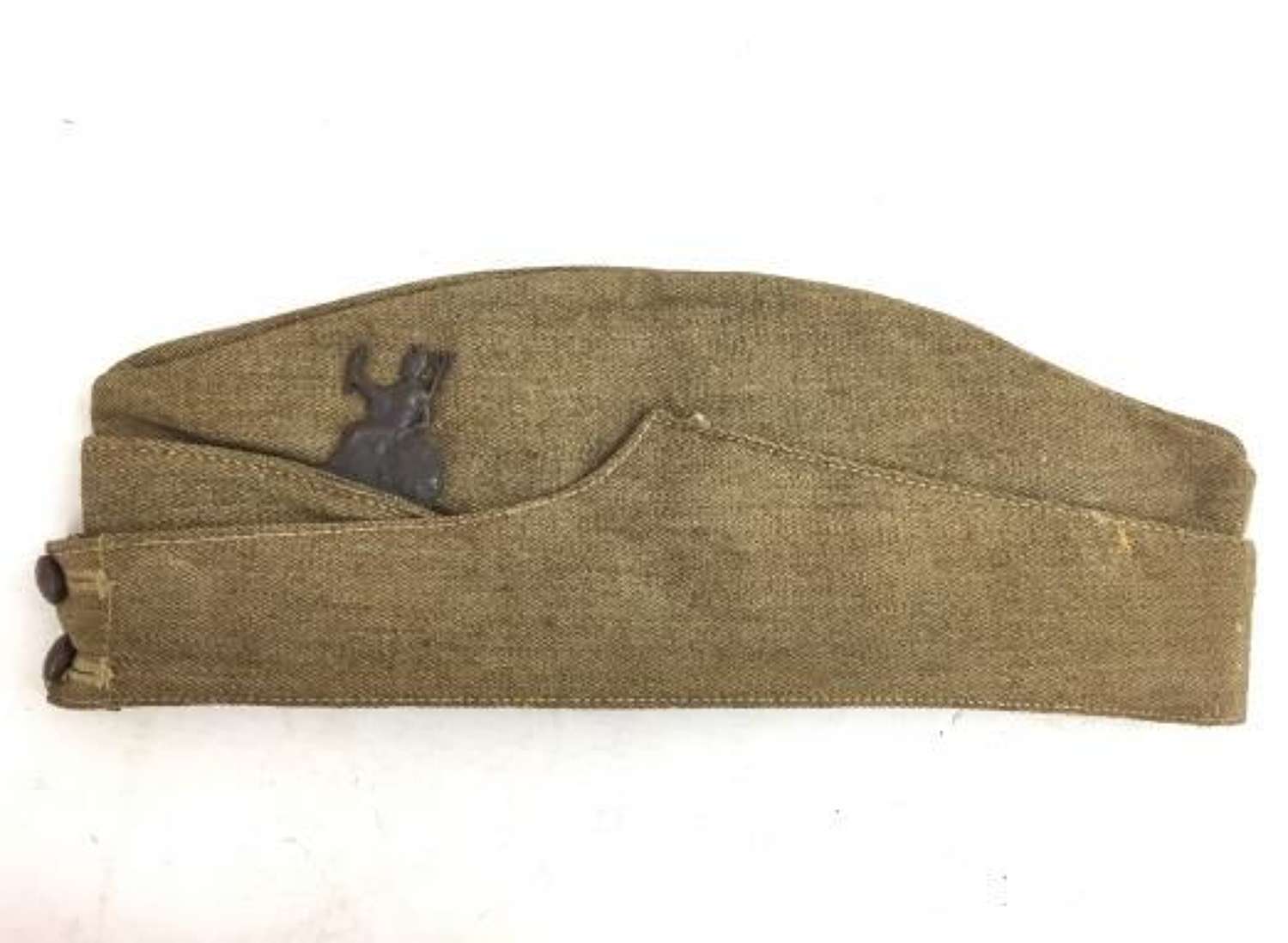 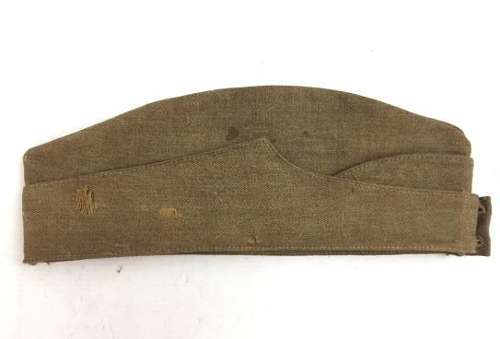 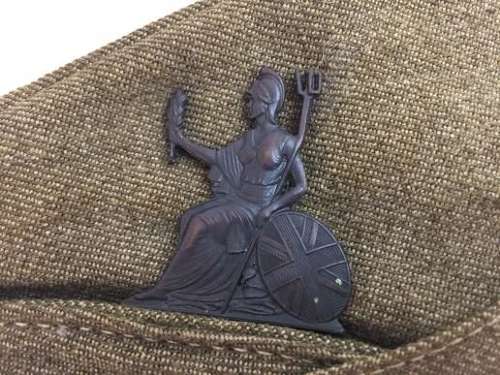 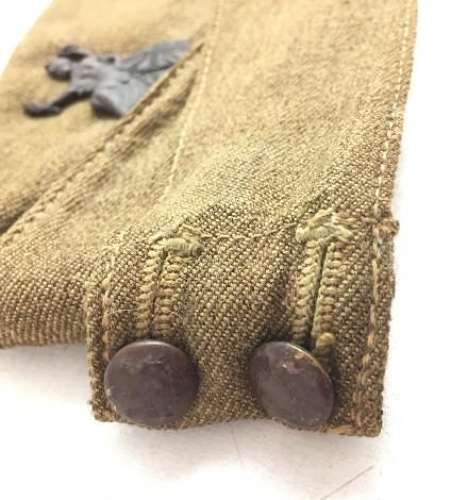 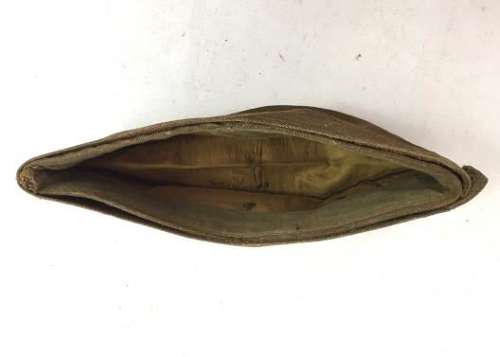 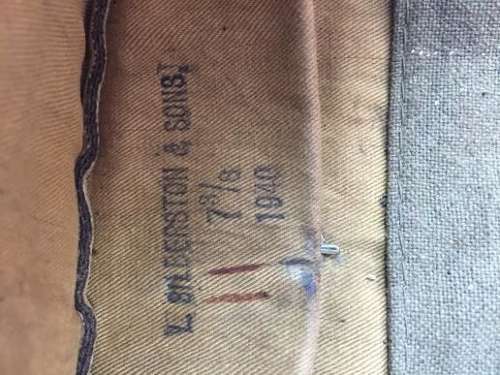 This original cap almost certainly belonged to an officers in the Norfolk Home Guard. The scale of issue in the early stages of WW2, especially after the amount of clothing and equipment left behind after the evacuation at Dunkirk, meant that many officers in the Home Guard ended up with the same kit as the men. This cap is a classic example of this. Clearly a standard issue item it has been fitted with an officers quality bronzed cap badge and the buttons have also been changed for officers ones. These would have been more readily available and cheaper than buying a new private purchase cap and is typical of what the Home Guard was like in the early part of the Second World War.

The cap itself started life as a standard issue example. The interior bares the manufactures name ‘L. Silberstein & Sons’ who were one of the most prolific makers of headwear for the British Army during WW2. Below this the size is stated as 7 3/8 and finally the 1940 date completes the stamp.

The cap is in reasonable condition for its age and looks good when displayed. It has suffered some damage though, mainly to the reverse side. This is clearly shown in the pictures so please study them carefully.

All in all a nice original Home Guard item which would make a good addition to a Home Front collection or similar.