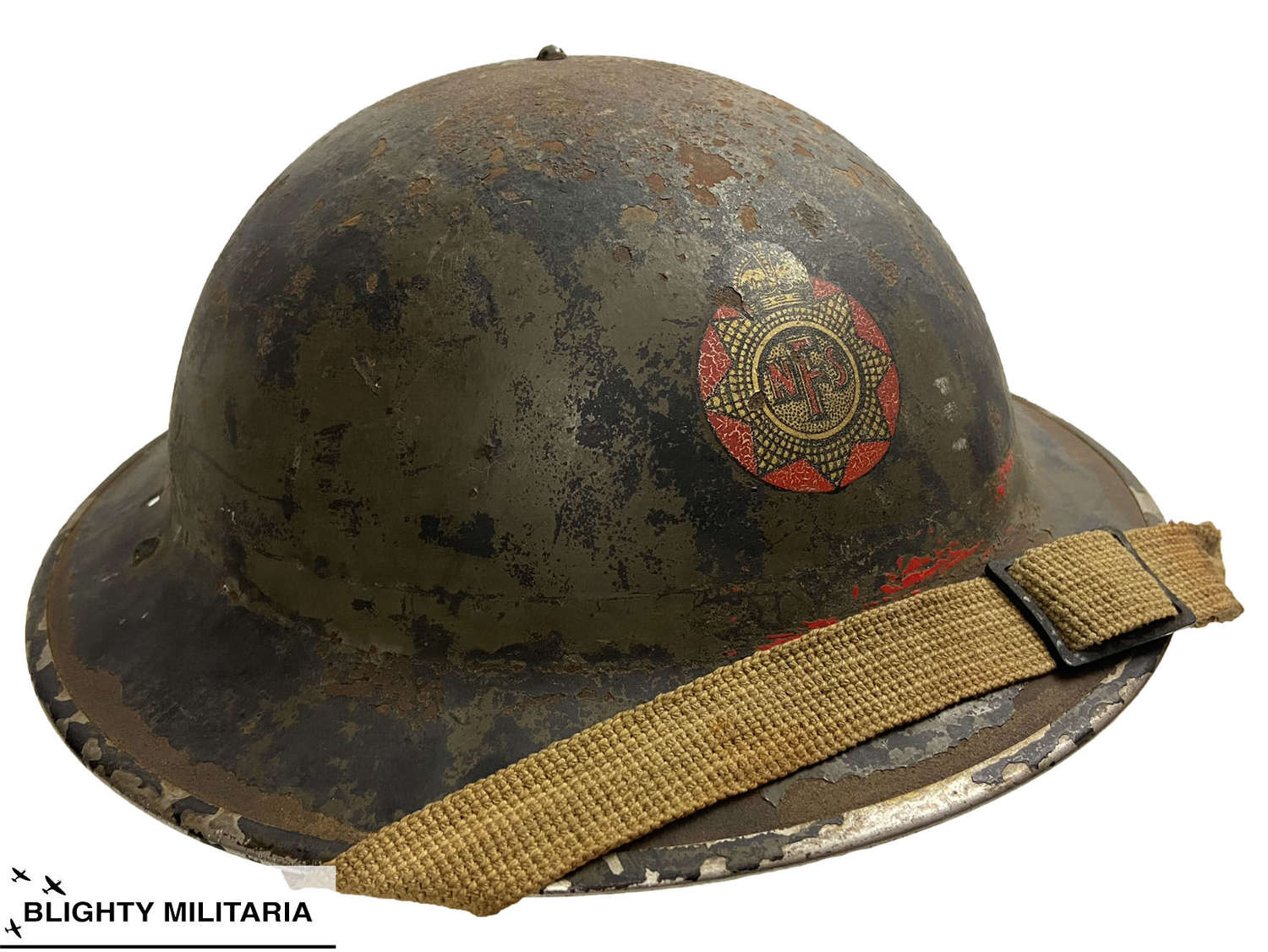 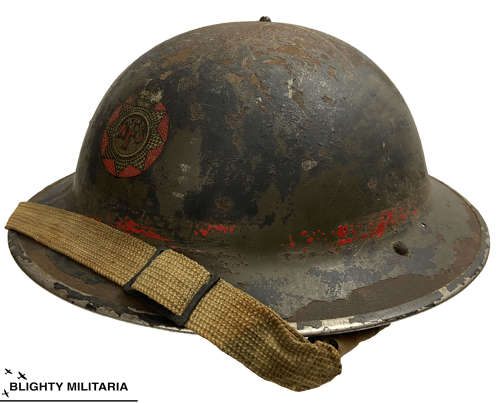 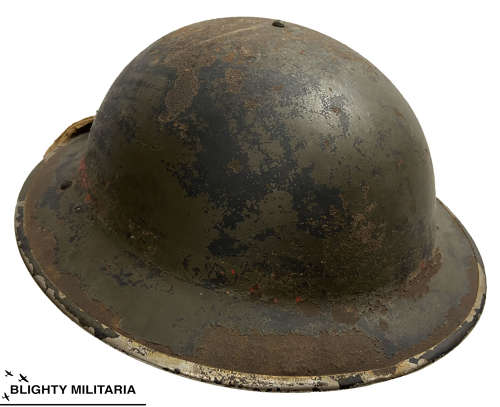 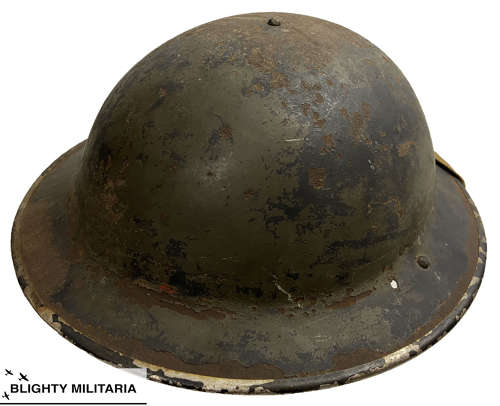 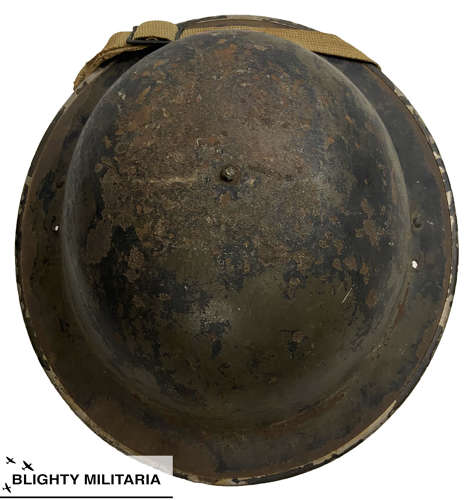 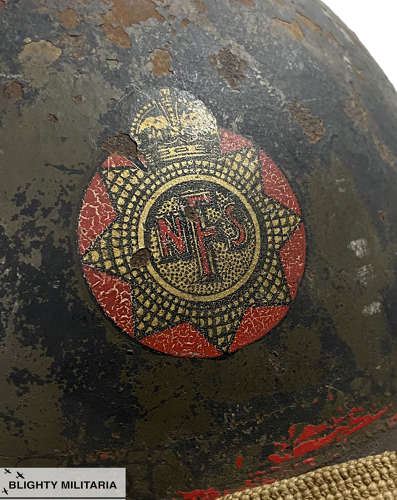 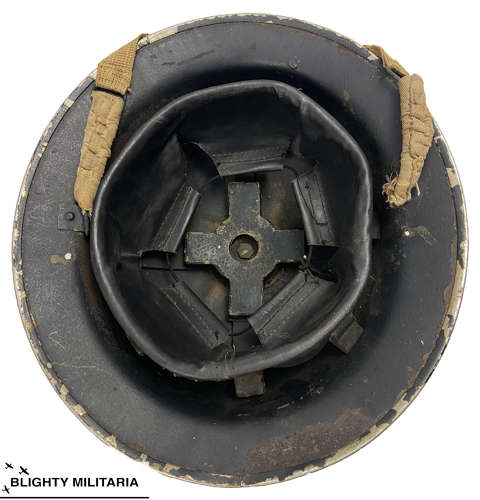 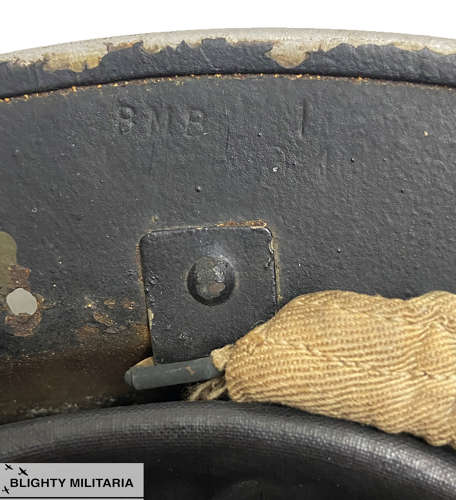 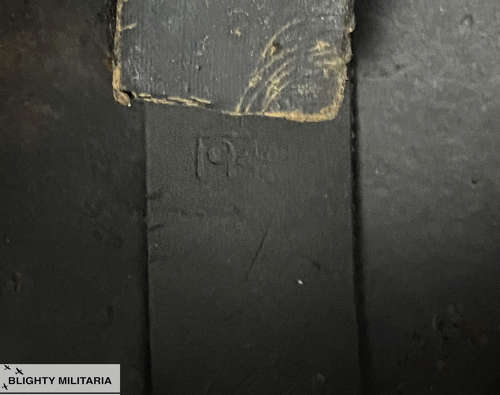 This pattern of helmet was issued to members of the NFS throughout the Second World War. It is the same pattern as was issued to the British Army and is a standard MKII shell made by British Motor Bodies in 1940. It has been painted black as well as khaki at some stage. The NFS used khaki helmets but some areas painted their helmets black during the Blitz which may account for the two different coats of paint. The front of the helmet retains the original NFS decal complete with King's crown. Below this is evidence of where a red band was painted around the circumference of the helmet which denotes the original wearer as a Leading Fireman.

The best attribute of this helmet is the two holes which have been crudely punched into the rim. This has been done so that a curtain could be worn which would shield the neck.

To the underside of the rim the original markings are still present and legible. The maker's initials of 'BMB' are present which denotes British Motor Bodies as the manufacturer. The 1940 date is present adjacent to this.

Inside the helmet the original liner is still present as is the cruciform shaped pad. It is in place with the small pattern screw which came into service around this time. The liner is marked with the size of 7 and the date of 1940.

The helmet is in well used condition as can be seen in the pictures. This has been reflected in the price but please take time to study the pictures before purchasing.

A nice original wartime Home Front helmet which would make a good addition to a collection.