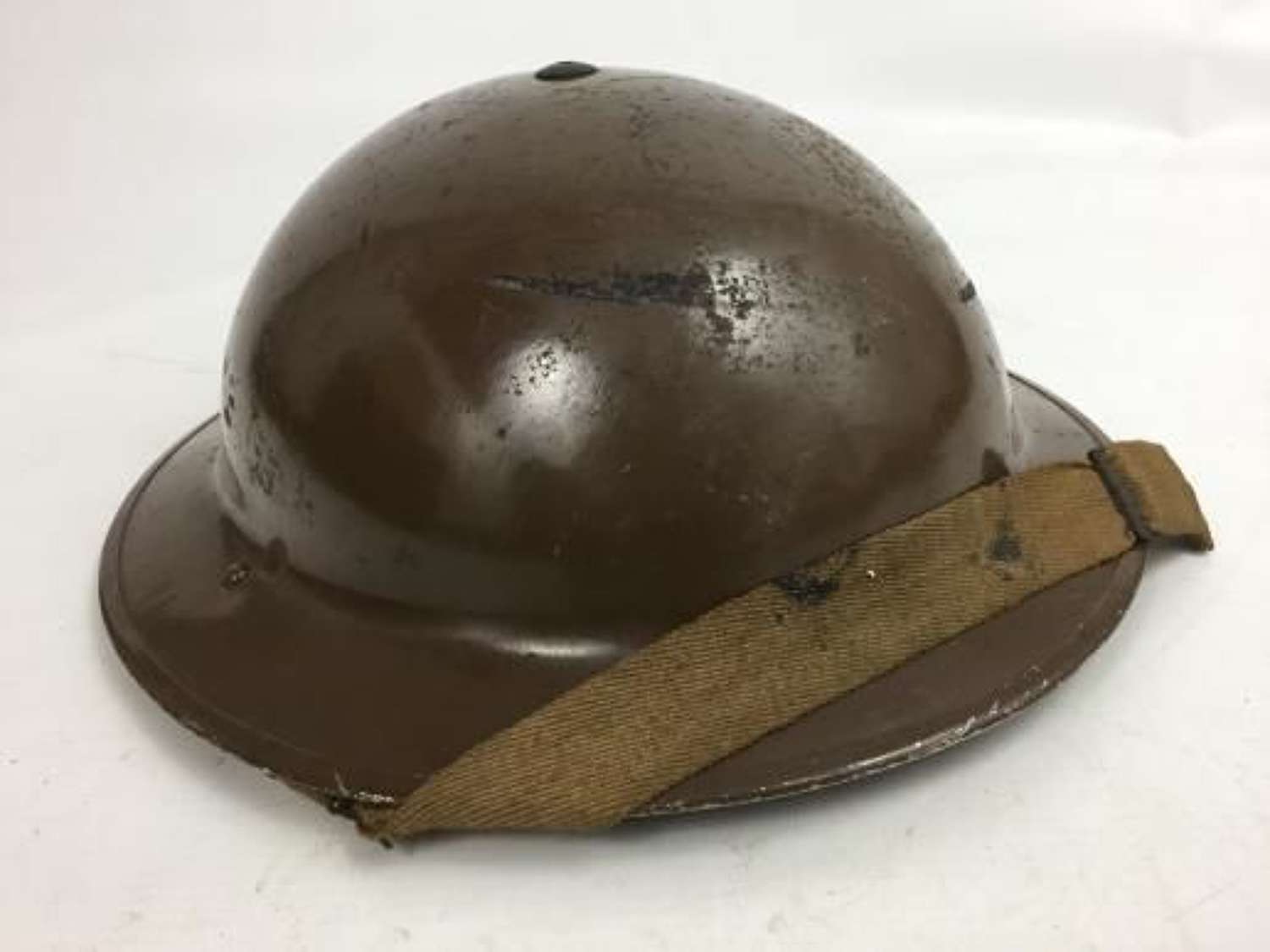 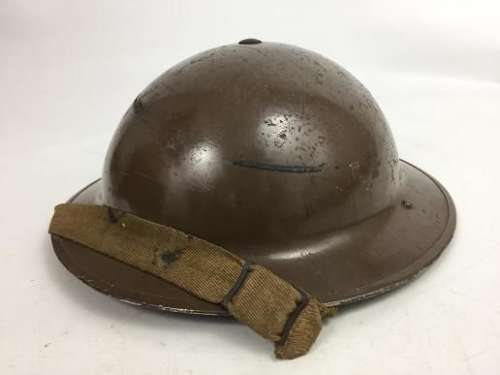 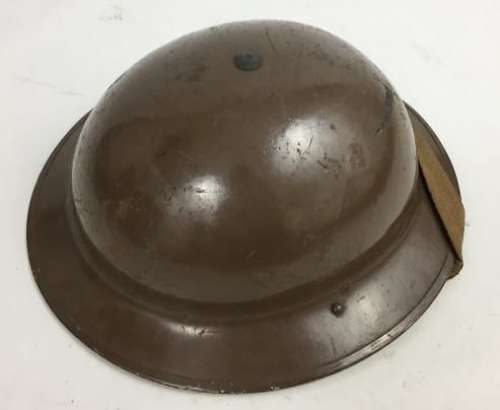 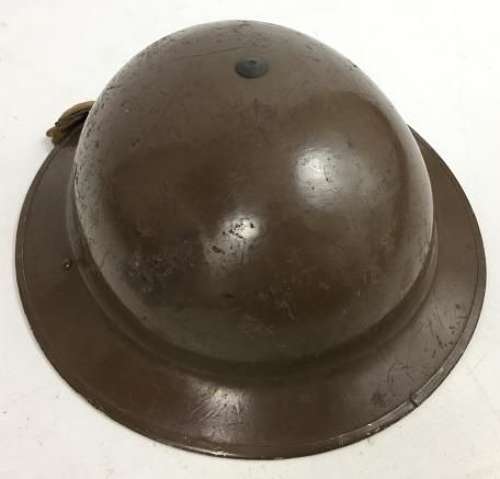 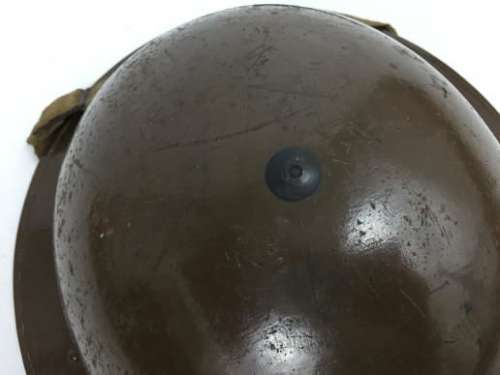 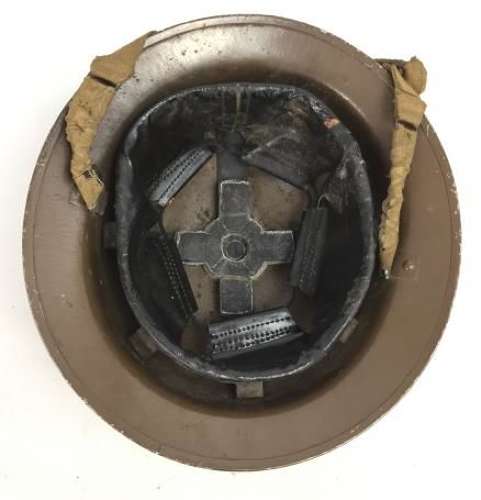 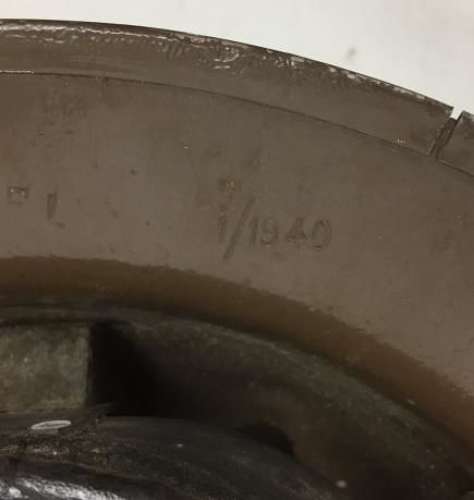 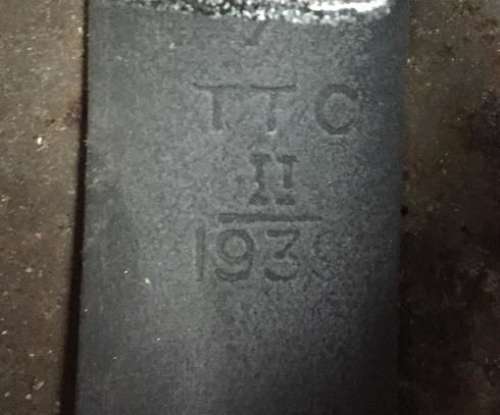 This example is clearly dated January 1940 on the shell and 1939 to the liner making it ideal for a British Expeditionary Force collector or similar. The shell retains the majority of its original factory applied chocolate brown finish and looks good when displayed. There are various scuffs etc which are to be expected as well as some black marks from storage which may clean off with hot soapy water or similar.

An original liner is present which is dated 1939 and stamped as a size 7. The top securing nut is the original and interestingly the liner has the cruciform pad rather than the circular pad usually associated with early manufacture helmets. Whether this has been changed or it came out of the factory like this is hard to say, but I can see no signs of it having been altered.

The helmet comes complete with an original chin strap which again appears to be original to the helmet.

I have already described the condition quite thoroughly but I would say overall it is very good and it display very well. The inside of the helmet shell does show some signs of corrosion where it has sweated but nothing too serious and not something this is visible when displayed.