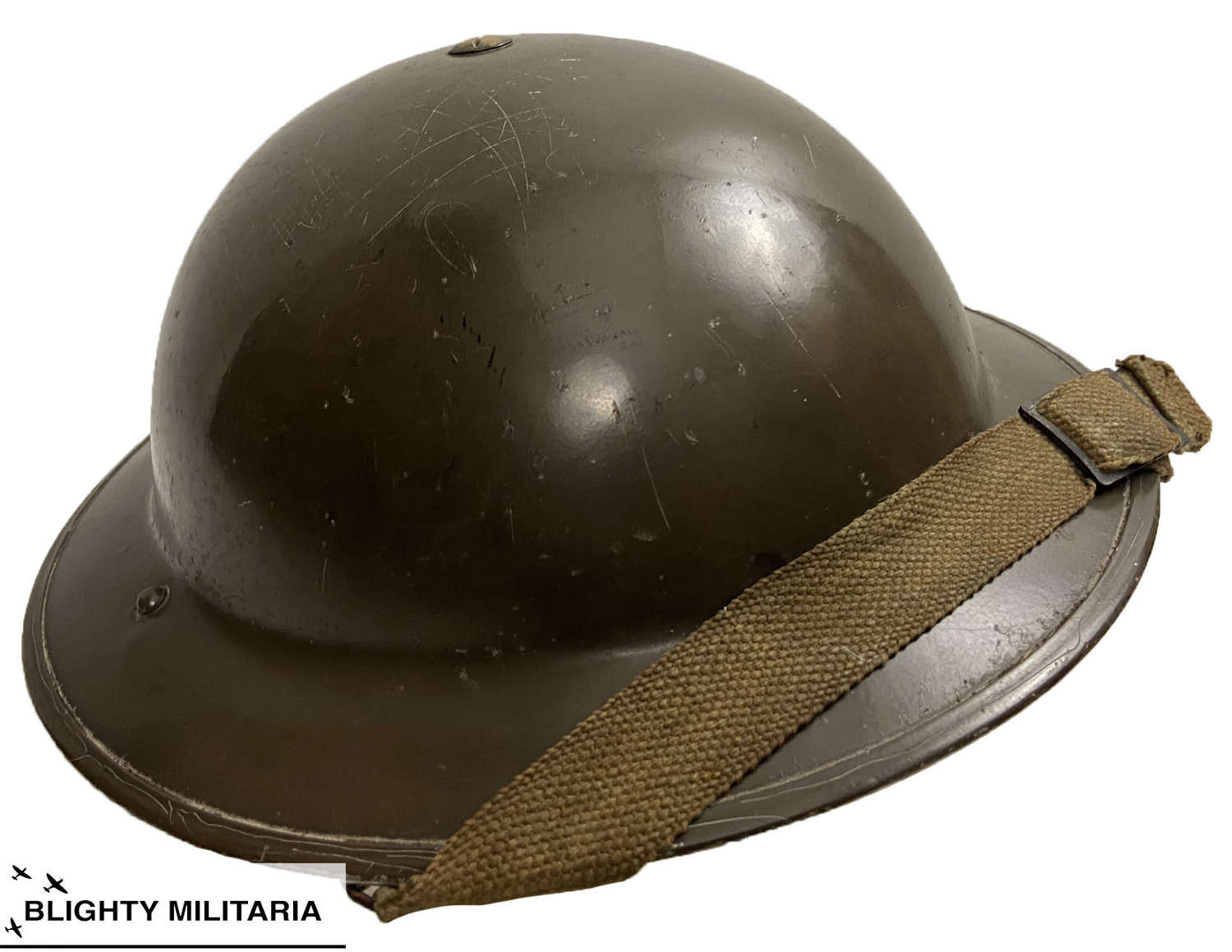 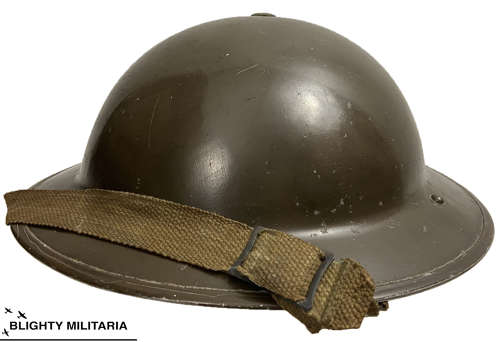 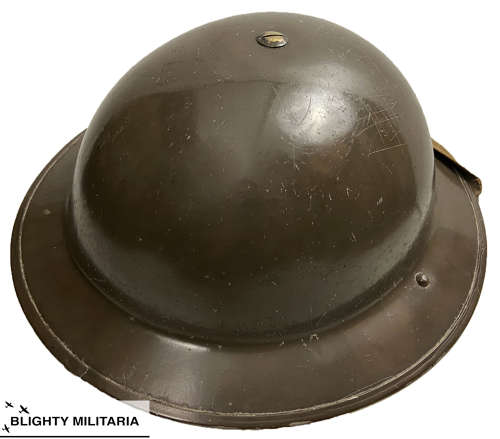 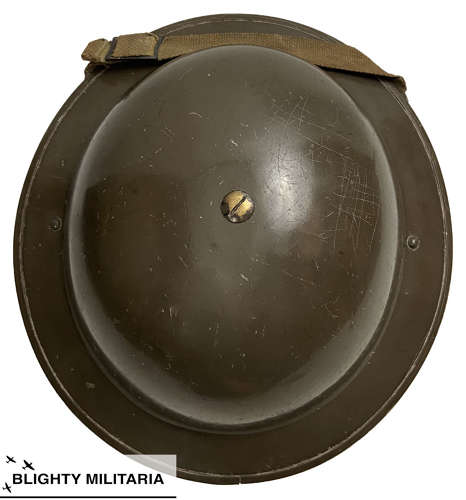 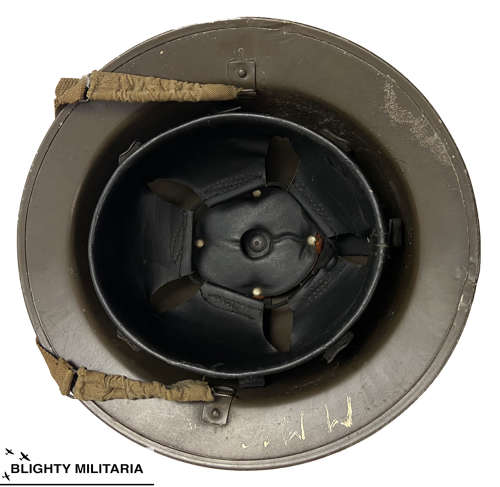 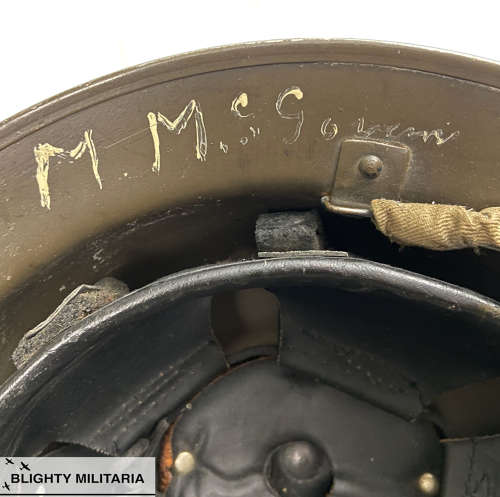 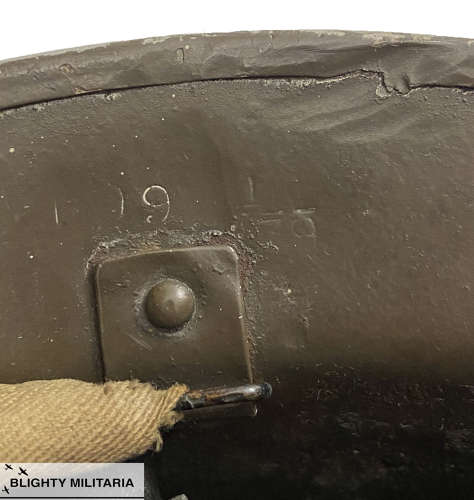 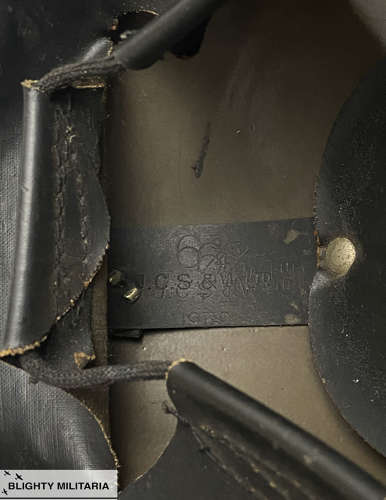 This example is dated 1939 to the shell and the liner making it ideal for a British Expeditionary Force collector or similar. The shell retains the majority of its original factory applied chocolate brown finish and looks good when displayed. There are various scuffs and chips which are to be expected.

The original liner is present which is dated 1939 and stamped as a size 6 3/4. The maker's initials of 'J. C. S. & W Ltd' is also present although it is slightly hard to see as the liner clearly got stamped twice. The top securing nut is the original and is the early war large style which is made from brass. The liner has the early pattern oval head shaped head pad as was produced in the very early war period.

The helmet comes complete with an original chin strap which again appears to be original to the helmet and is the correct sprung steel pattern.

The overall condition of the helmet is very good with only limited signs of wear and age. Overall it displays very well but please take time to study the pictures before purchasing.