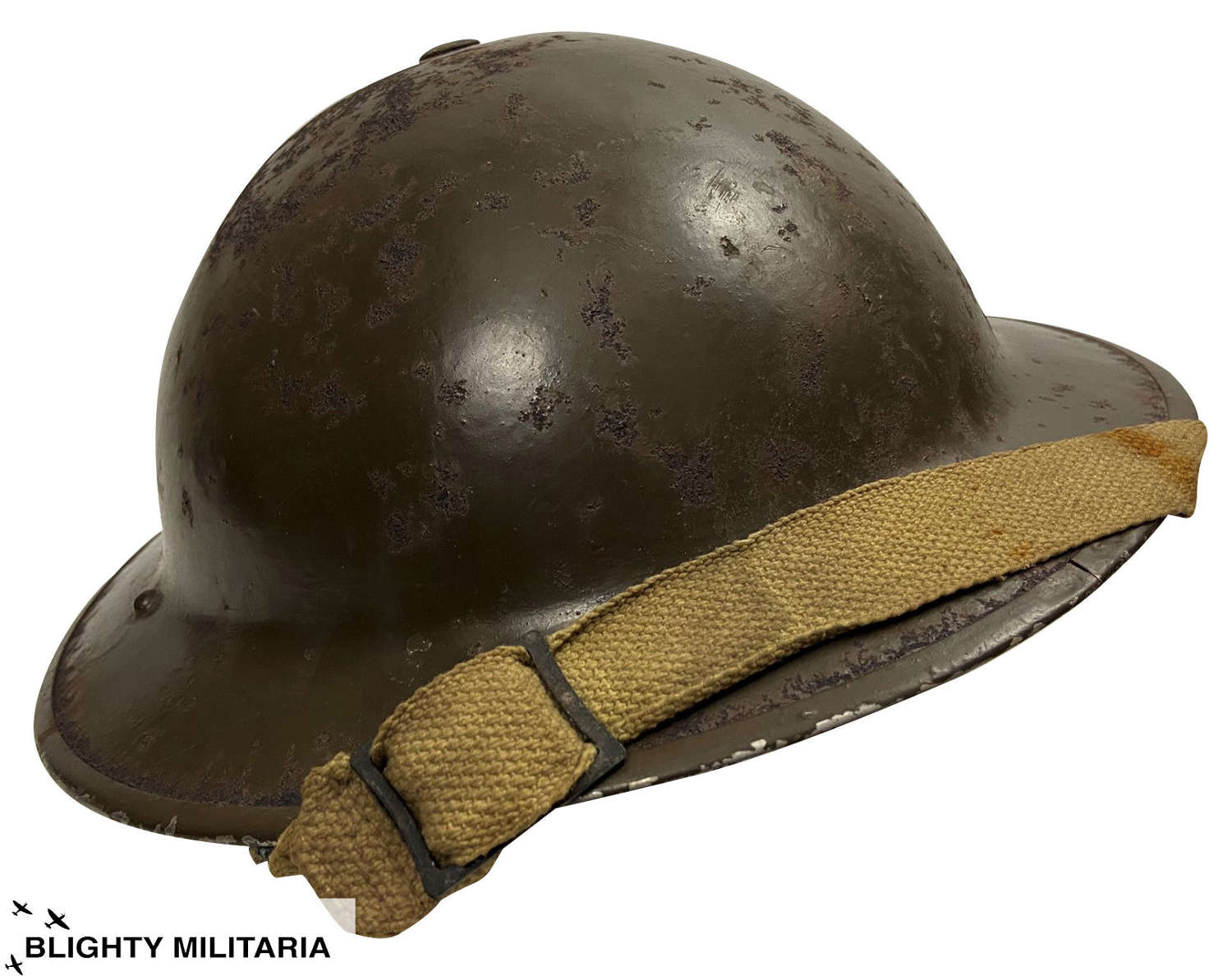 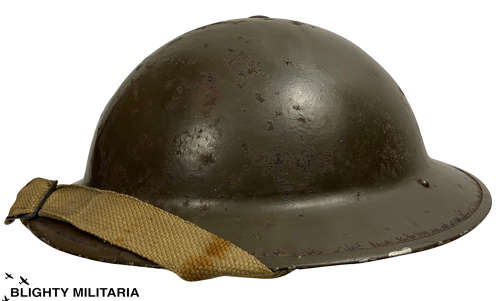 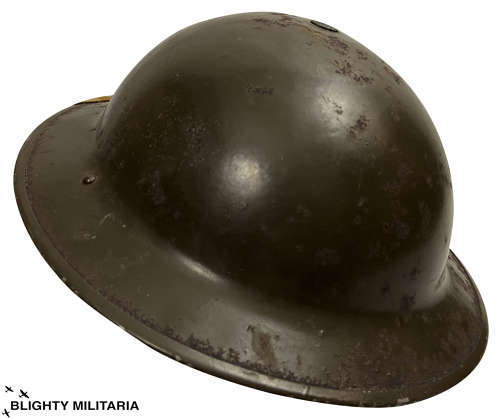 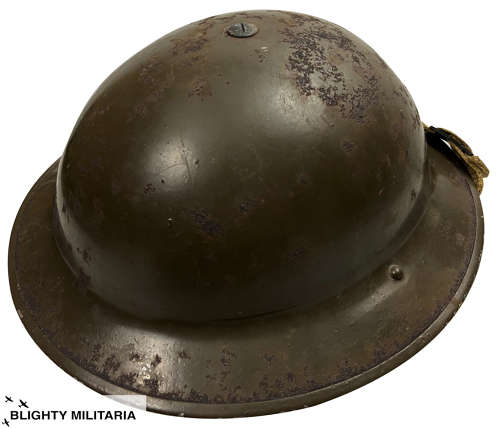 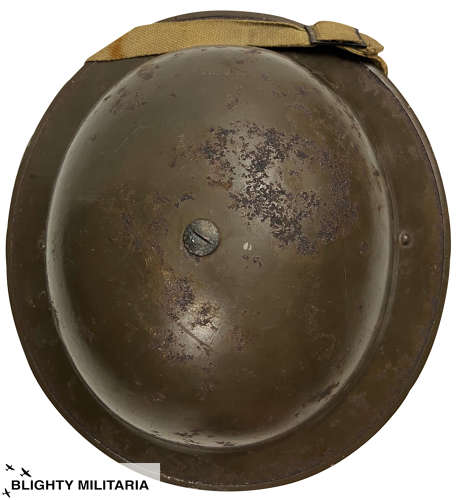 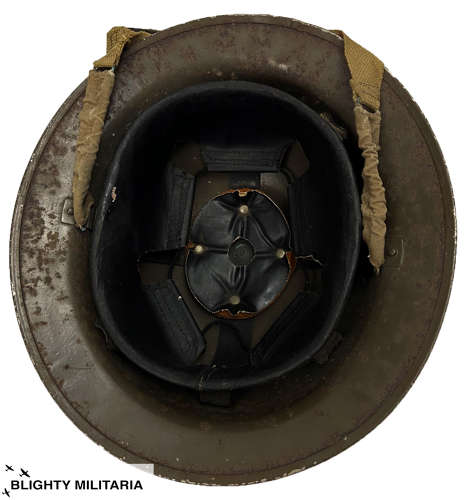 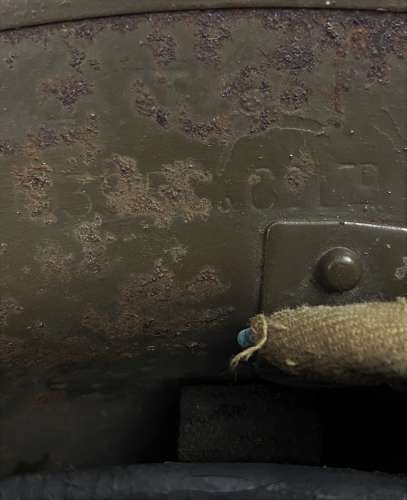 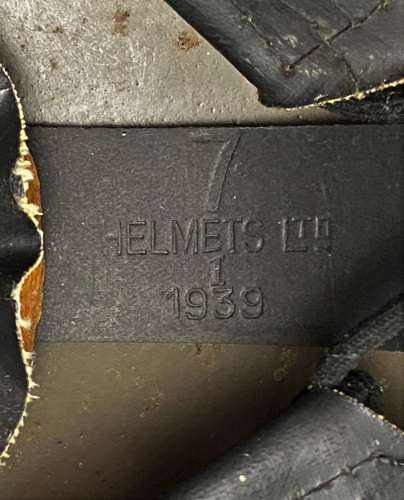 This example is clearly dated 1939 on both the liner and the helmet itself making it ideal for a British Expeditionary Force collector or similar. The shell retains a good amount of its original factory applied chocolate brown finish although there is rust and age etc as shown in the pictures.

The liner is a size 7 made by 'Helmets Ltd' and features the early circular top pad. It is held in place with the correct early pattern large brass bolt and hexagon nut.

The helmet comes complete with an original chin strap which again appears to be original to the helmet.