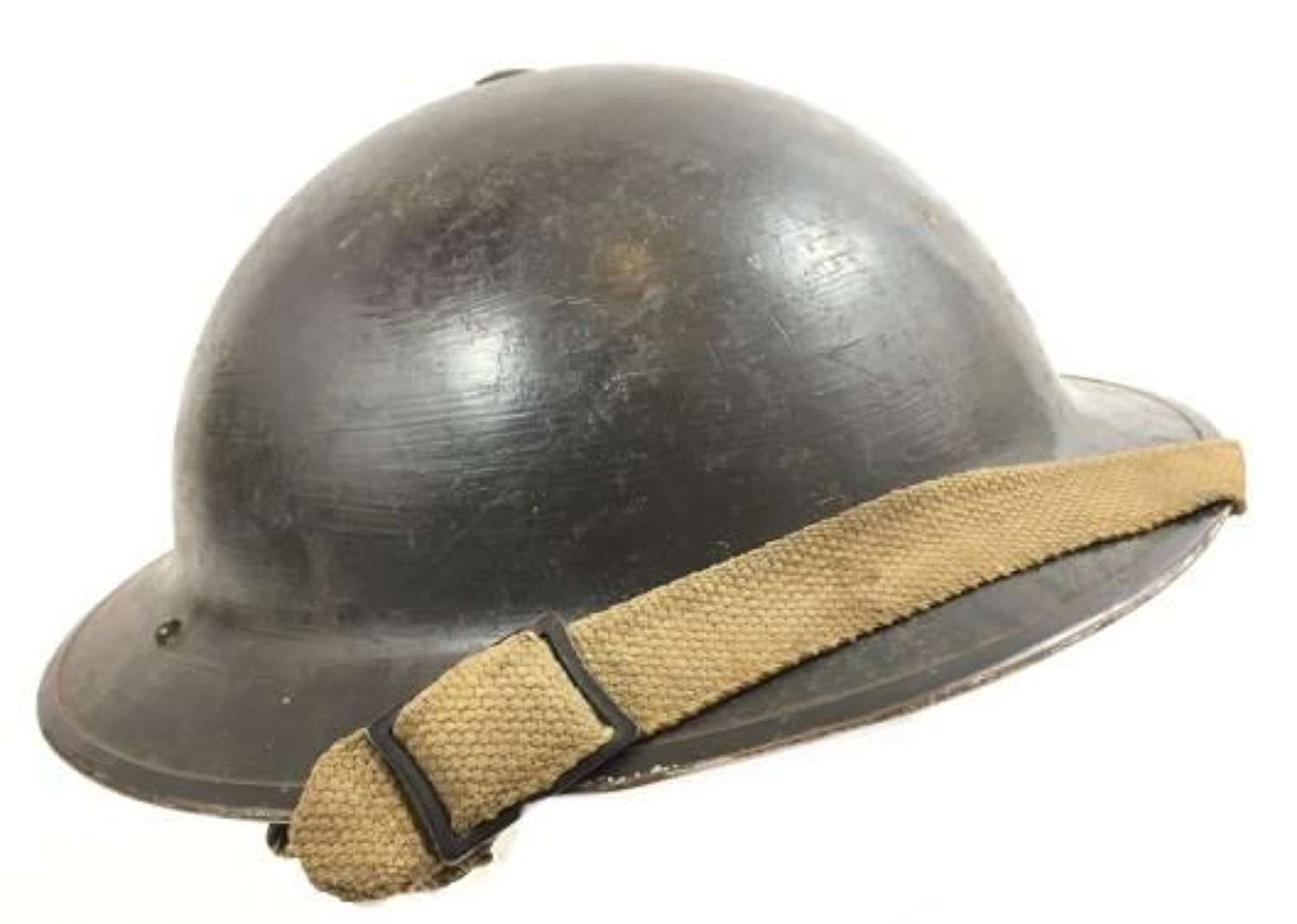 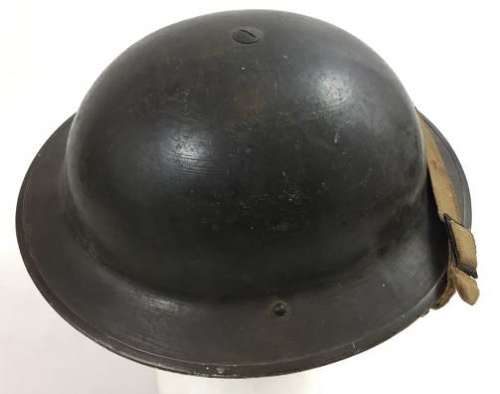 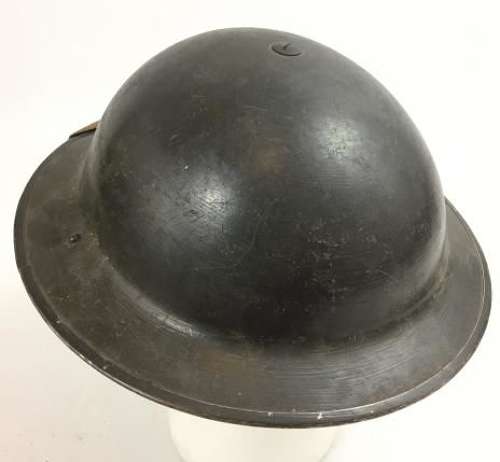 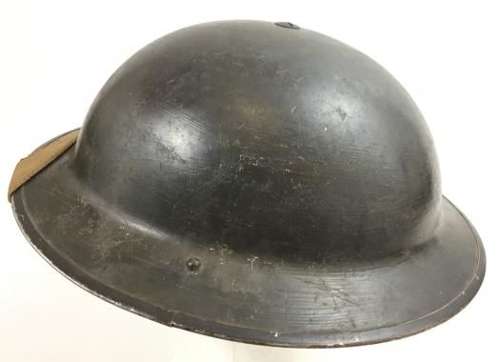 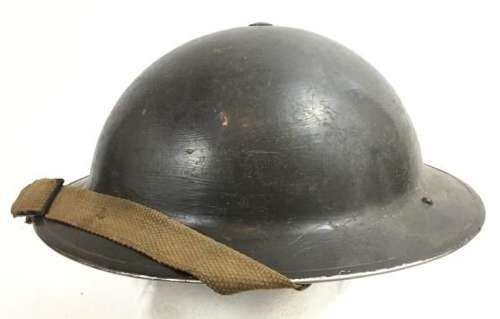 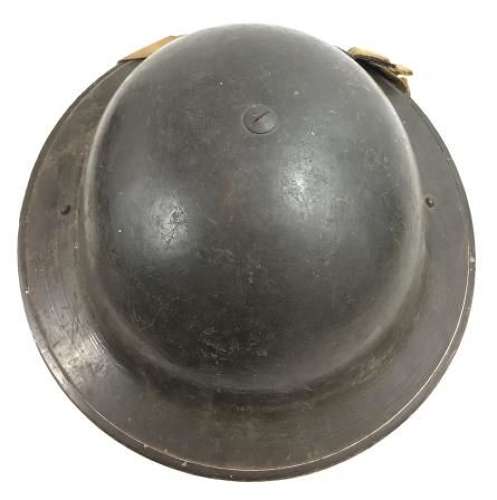 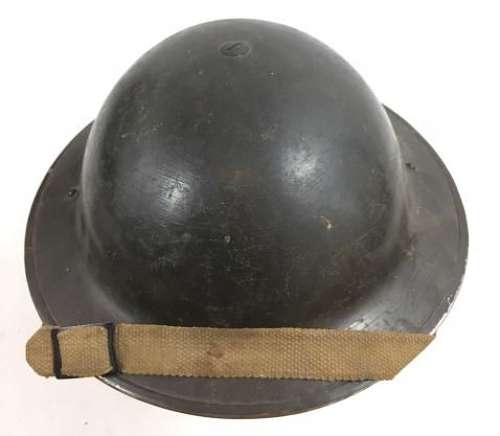 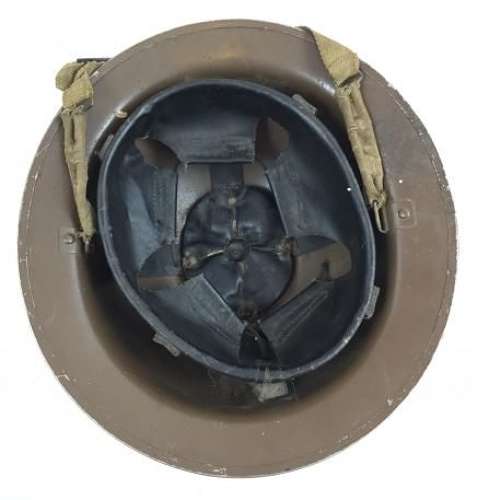 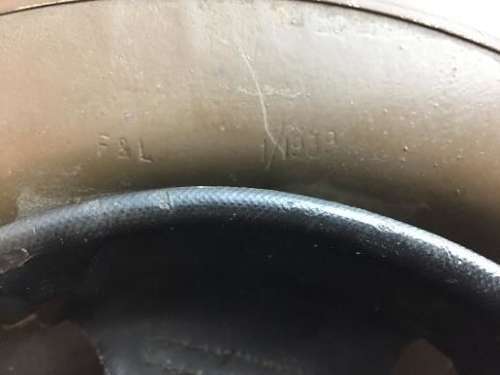 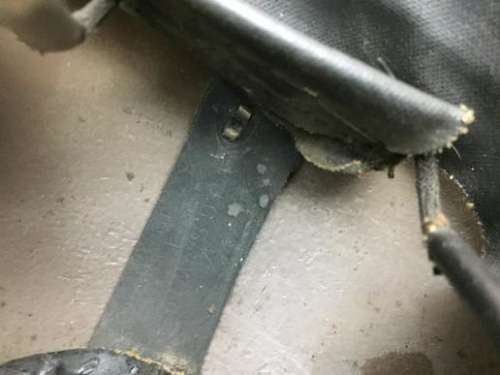 The shell of this early helmet was made by 'F&L' in January 1939 and the interior retains the original chocolate brown factory finish. The exterior has been repainted a darker colour and the finish appears to be a period hand applied job. Many of these chocolate brown helmets were repainted during the war as the finish applied in the factory was a gloss which was reflective. There are accounts of men being order to sand down the paint on their helmets as well as others being told to repaint.

The liner is a nice early example with the round head pad as opposed to the later cruciform pattern which came into use in 1940. It was made by 'J.C.S & W Ltd' in 1939 making it almost certainly the original liner to the helmet. The markings are slightly faint but I believe it is marked as a size 7 above the makers name. The markings are more easy to read in person than they are in the photographs.

The helmet retains its early pattern large size liner screw and an original chin strap which also appears to be original to the helmet.

Altogether a nice early and very original Steel Helmet which would make a great addition to a helmet display or BEF collection.