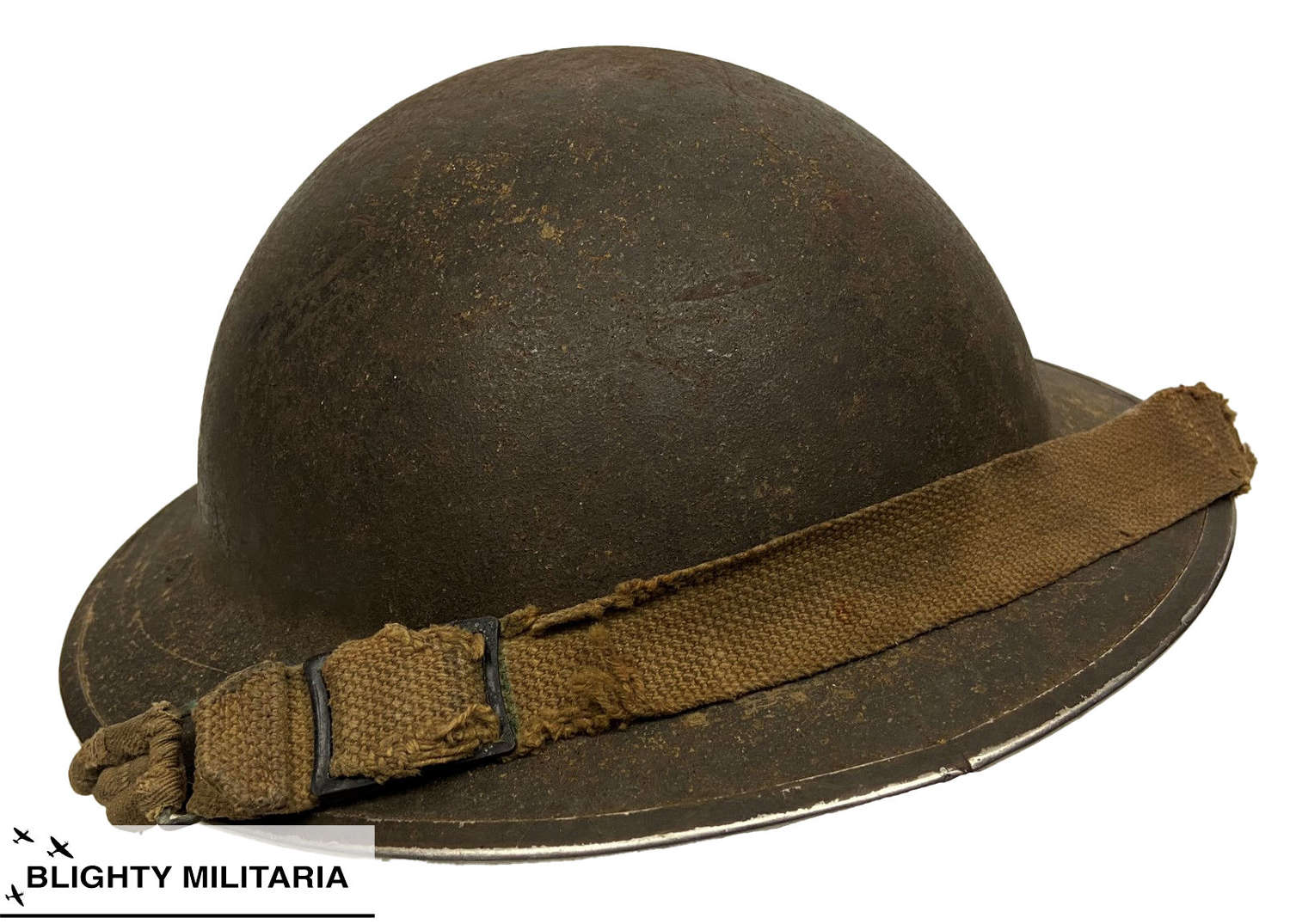 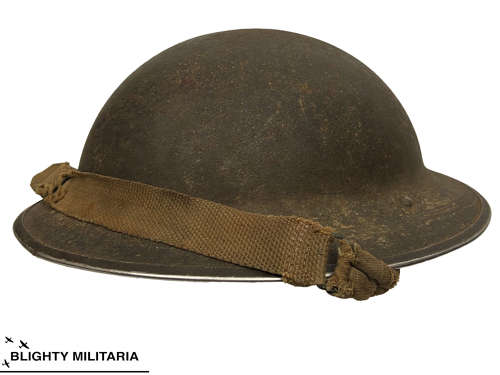 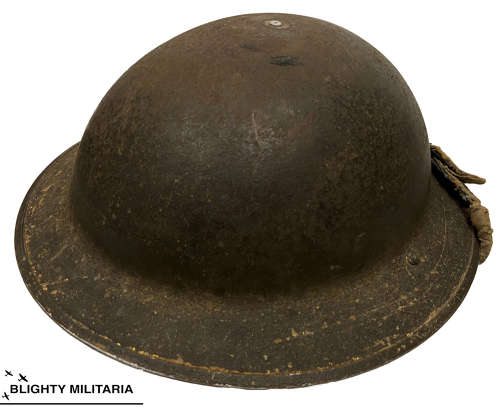 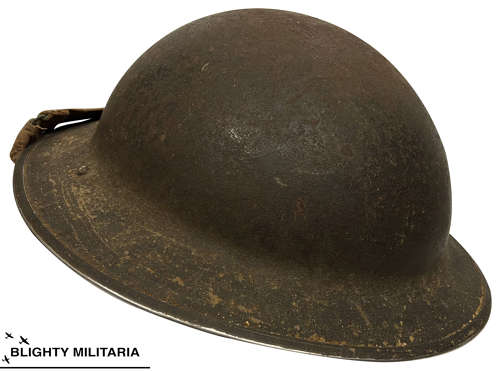 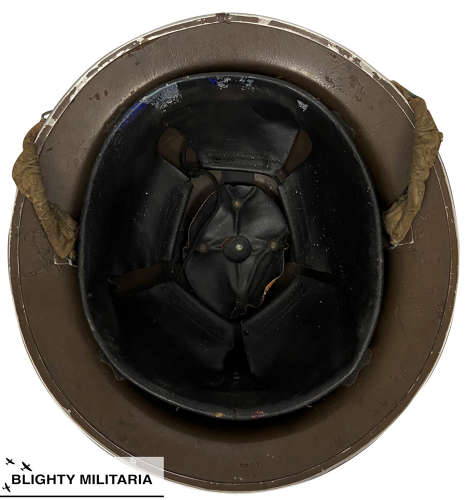 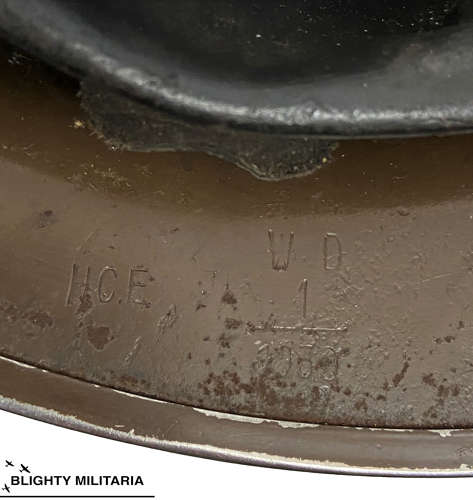 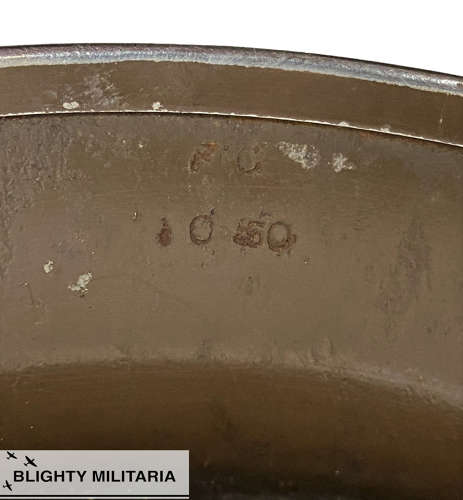 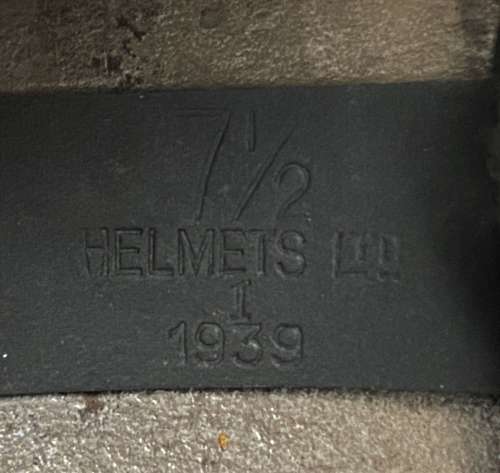 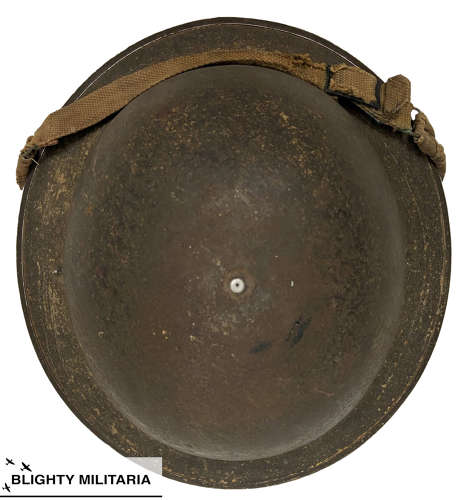 An original British Army MKII Steel Helmet dating from 1939 and in good condition.

This pattern of helmet came into use with the British Army in the late 1930s and was the standard issue steel helmet by the outbreak of war, although the earlier MK1* helmets were also still being issued at this stage. Like many surviving helmets used by the BEF in France and Norway in 1940 this helmet left the factory in a shiny, chocolate brown finish. Once issued the exterior of the helmet has been repainted in Khaki Green No.3 following an ACI issued in early 1940 which detailed that everything from bridges to tin helmets was to be painted this colour. The fact that this helmet has the early factory finish to the interior and the correct repainted exterior makes it a very authentic early war helmet. The exterior paintwork has darkened with handling and use which suggests that this helmet saw plenty of action.

The shell is clearly marked to the underside with the makers initials of 'W D' which denotes William Dobson as the manufacturer. Below this is the 1939 date.

The liner is the correct early pattern liner which has an oval pad rather than the later cruciform style. It is quite likely original to the helmet and is held in with a rivet rather than the standard screw. This type of period modification is not uncommon to find, especially if the original owner had a role in a workshop or similar. This may also explain the paint marks. The liner is nicely stamped with the maker's name 'Helmets Ltd', the 1939 date and the size of 7 1/2. The liner appears to be in good condition with the only flaw being a portion of the oval pad which is missing to the underside. This is not visible and does not particularly detract from the helmet.

Finally is the chin strap which is the correct sprung pattern and again appears to be original to the helmet. It shows signs of wear and use but still functions as it should.

All in all a very nice original early war helmet with good clear dates and in a large size. Not only that but it is the classic chocolate brown interior with repainted outside which is so typical of the BEF.