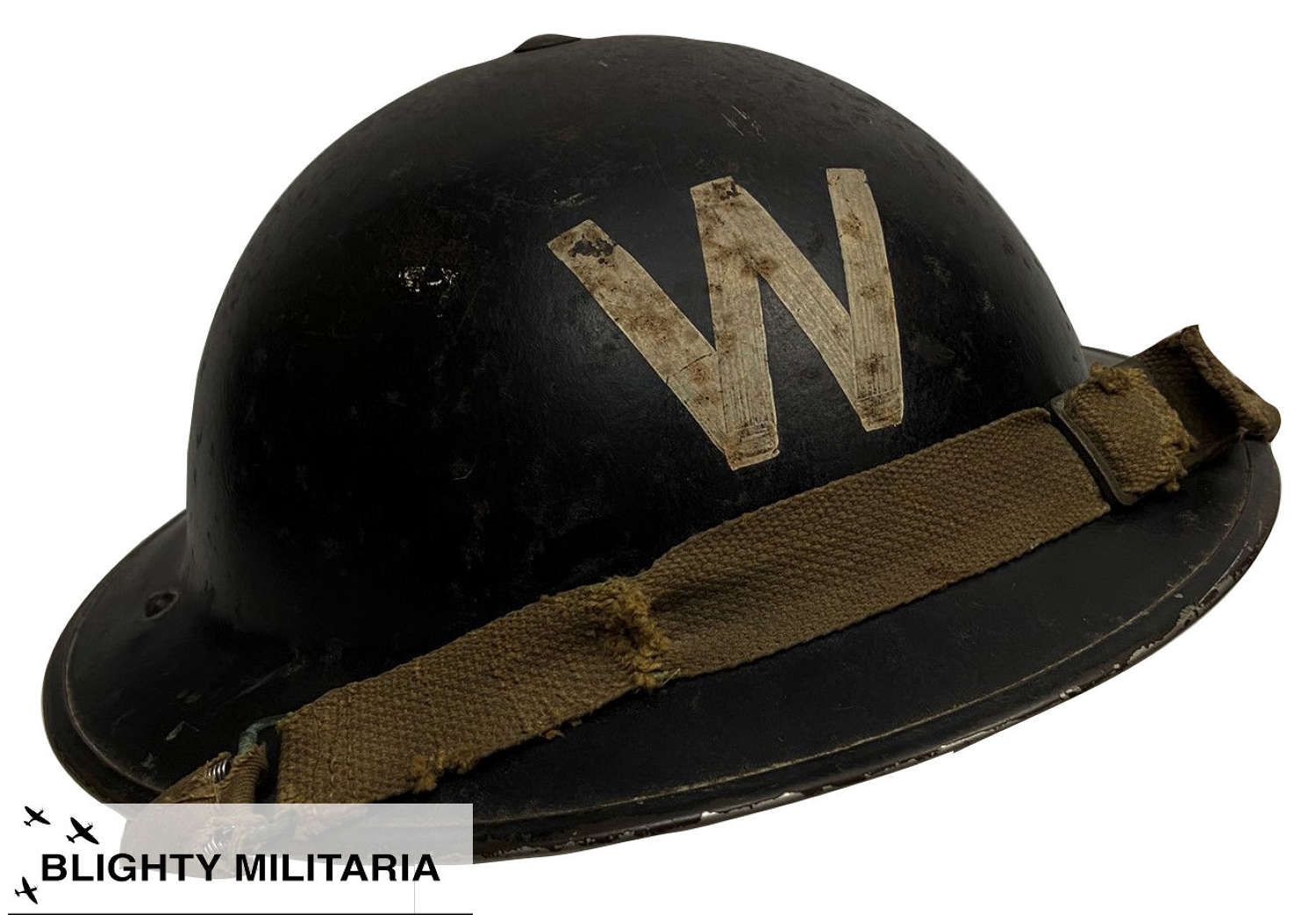 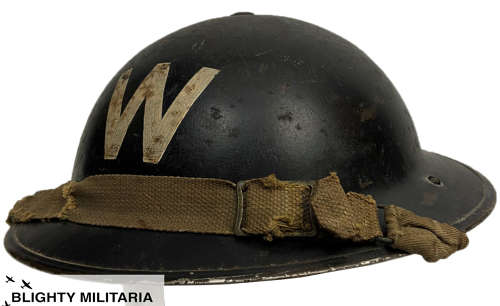 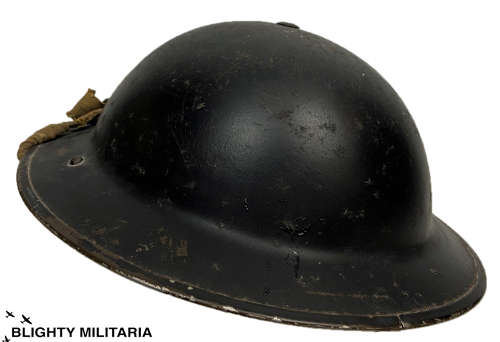 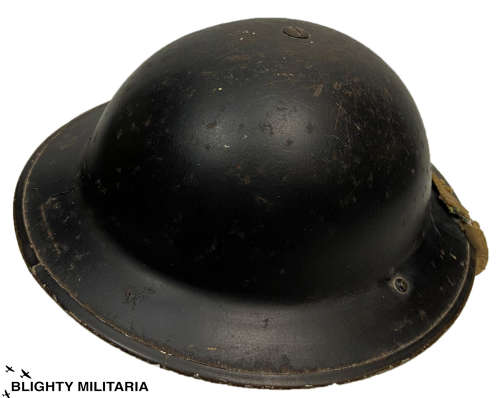 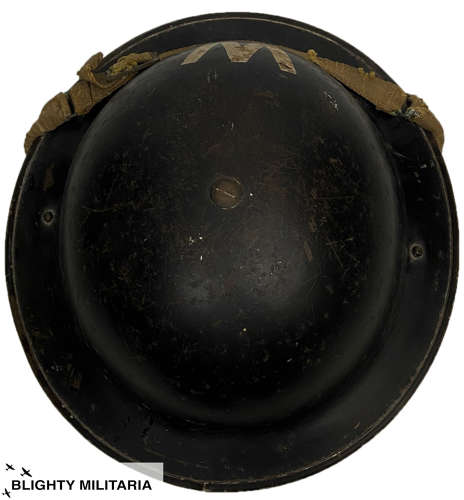 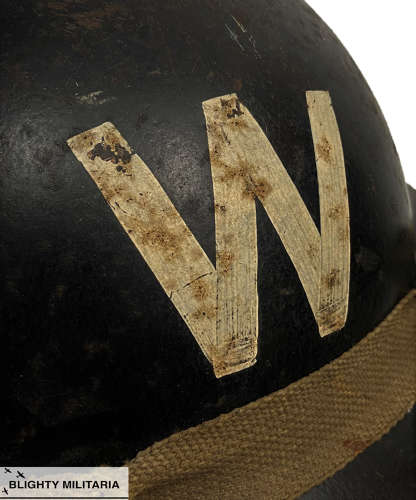 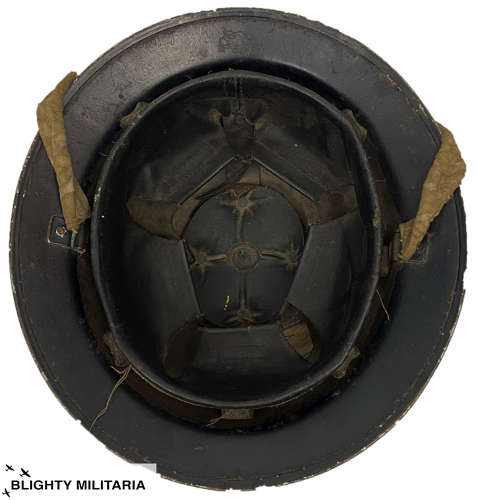 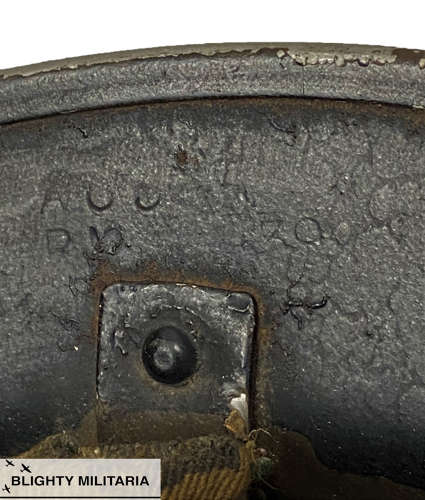 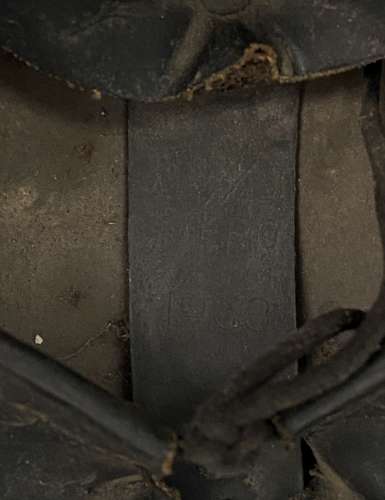 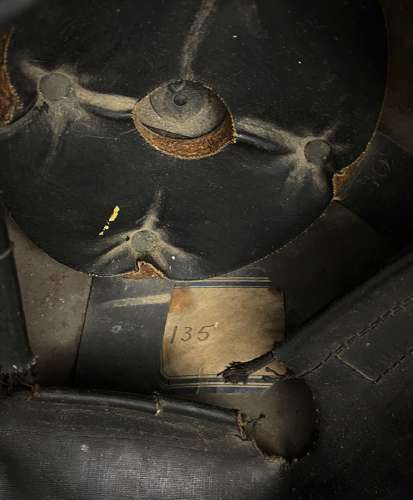 The helmet has been painted black and features a 'W' painted to the front to denote the wearer as an Air Raid Warden. This paint scheme was used pre-war and throughout the whole of WW2. What is particularly nice about  this example is that it left the factory with an army khaki green No.3 paint finish as can be still seen inside the helmet. The outside has been repainted as has part of the underside. The warden 'W' has been hand applied by a professional sign writer which is typical of the period. All the paintwork is undoubtedly original period work and has survived well. The manufacturer's markings are also present to the underside of the helmet as shown in picture 9. Due to the period applied paint finish the markings aren't too clear but the date appears to be 1939.

The helmet is fitted with the correct pattern of chin strap which features sprung sides and an early pattern helmet liner which features the oval shape pad, only manufactured prior to 1941. The liner is maker marked 'Vero' and bears the size of 7 as well as the 1938 date. The liner is fastened to the helmet with the correct large size brass screw used on early production helmets.

A very nice early example of an ARP helmet with the correct early liner. This would make an excellent addition to any Home Front collection!