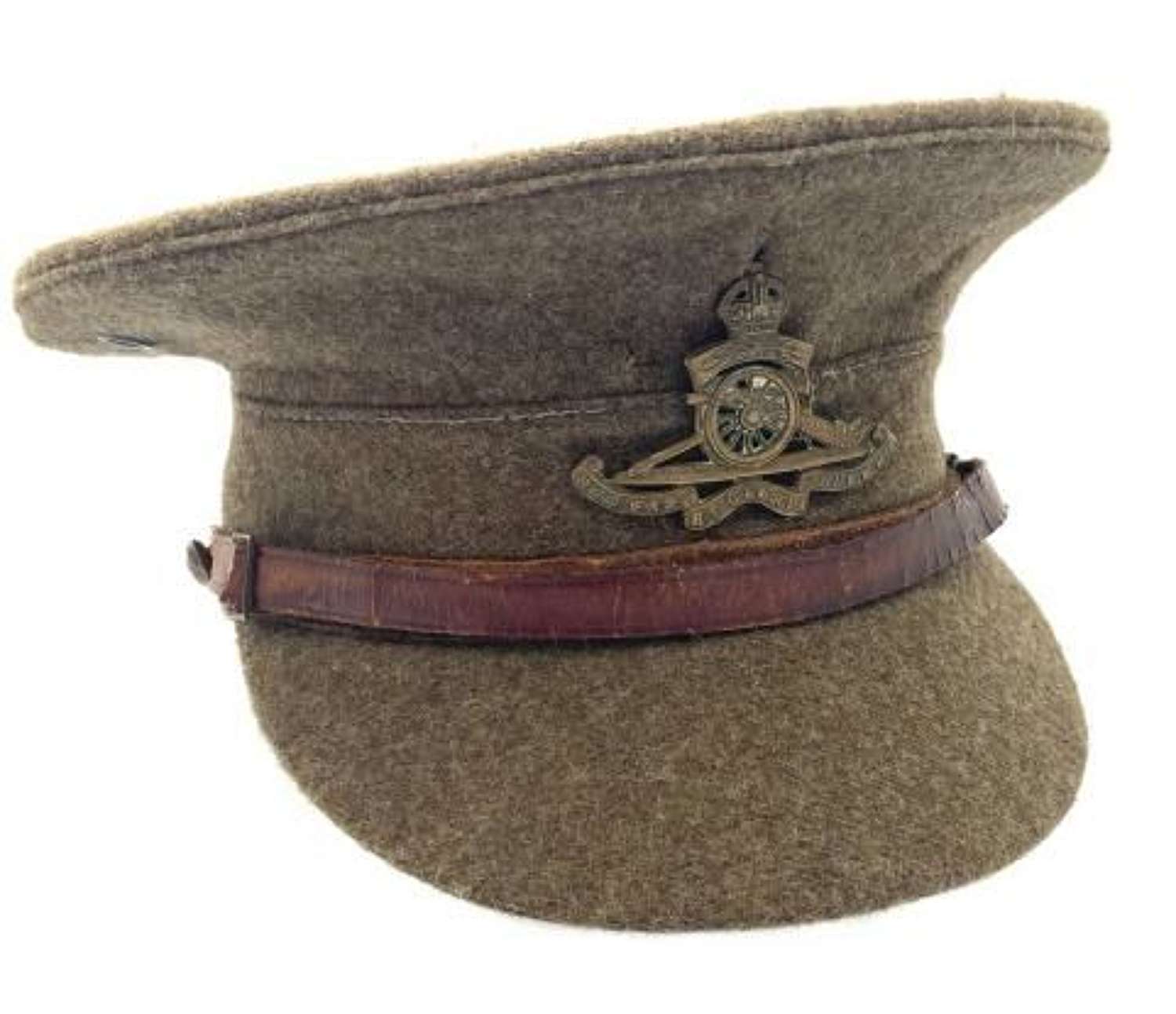 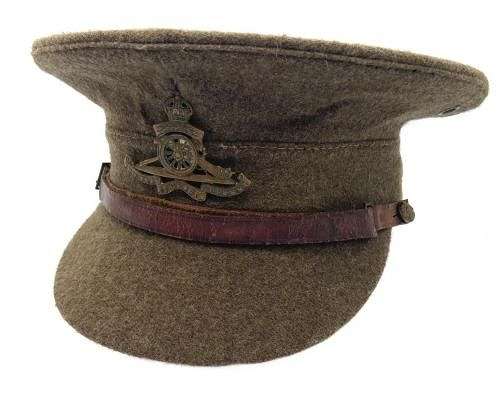 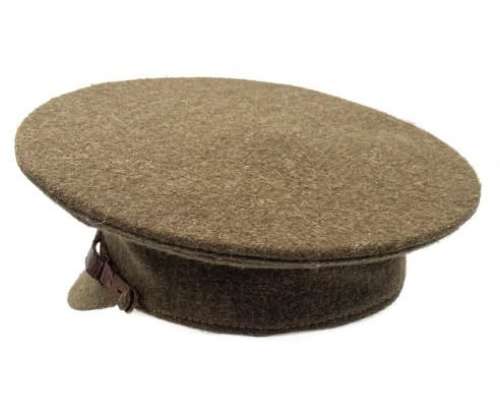 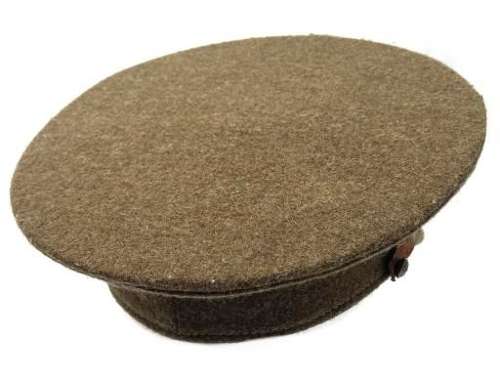 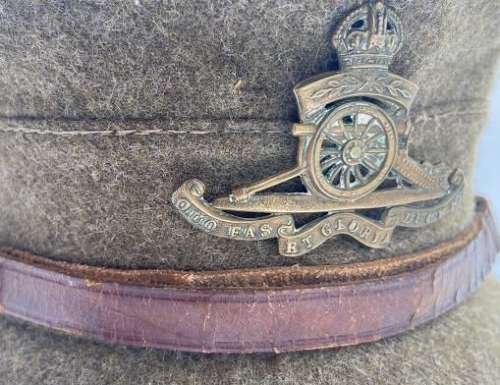 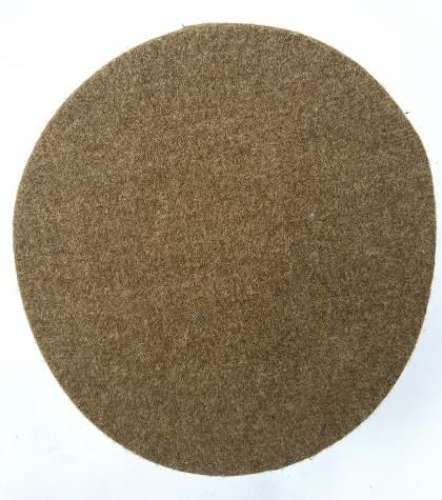 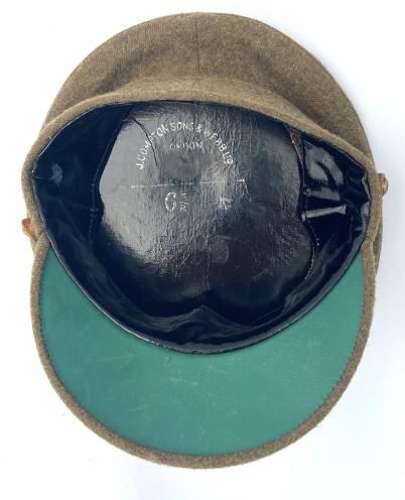 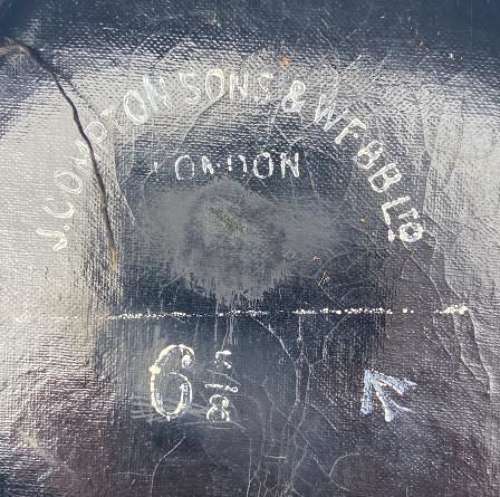 This example features a territorial pattern Royal Artillery brass kings crown cap badge to the front and two brass general service buttons to each side. These hold an original brown chin strap across the peak of the cap. The interior is lined with black oilskin as is common to find with this pattern of cap.

The makers name can clearly been read as 'J. Compton Sons & Webb Ltd' who were a prolific manufacturer of headwear for the British forces during the mid-century period. The War Department broad arrow marking is present as is the size which is 6 5/8. The date has been obliterated which would suggest that it is a post war example. The pattern is identical to WW2 however meaning that this would still make a good stand-in for a dated example.

The cap is in good condition overall and displays nicely. The nap of the serge is still fluffy and there is no sign of moth damage or undue wear. There is however a small hole to the left of the cap badge, although this is only noticeable on close inspection.

A nice original period cap which is most likely post-war but the same pattern as WW2 making it ideal for a collector as a stand-in or a re-enactor.