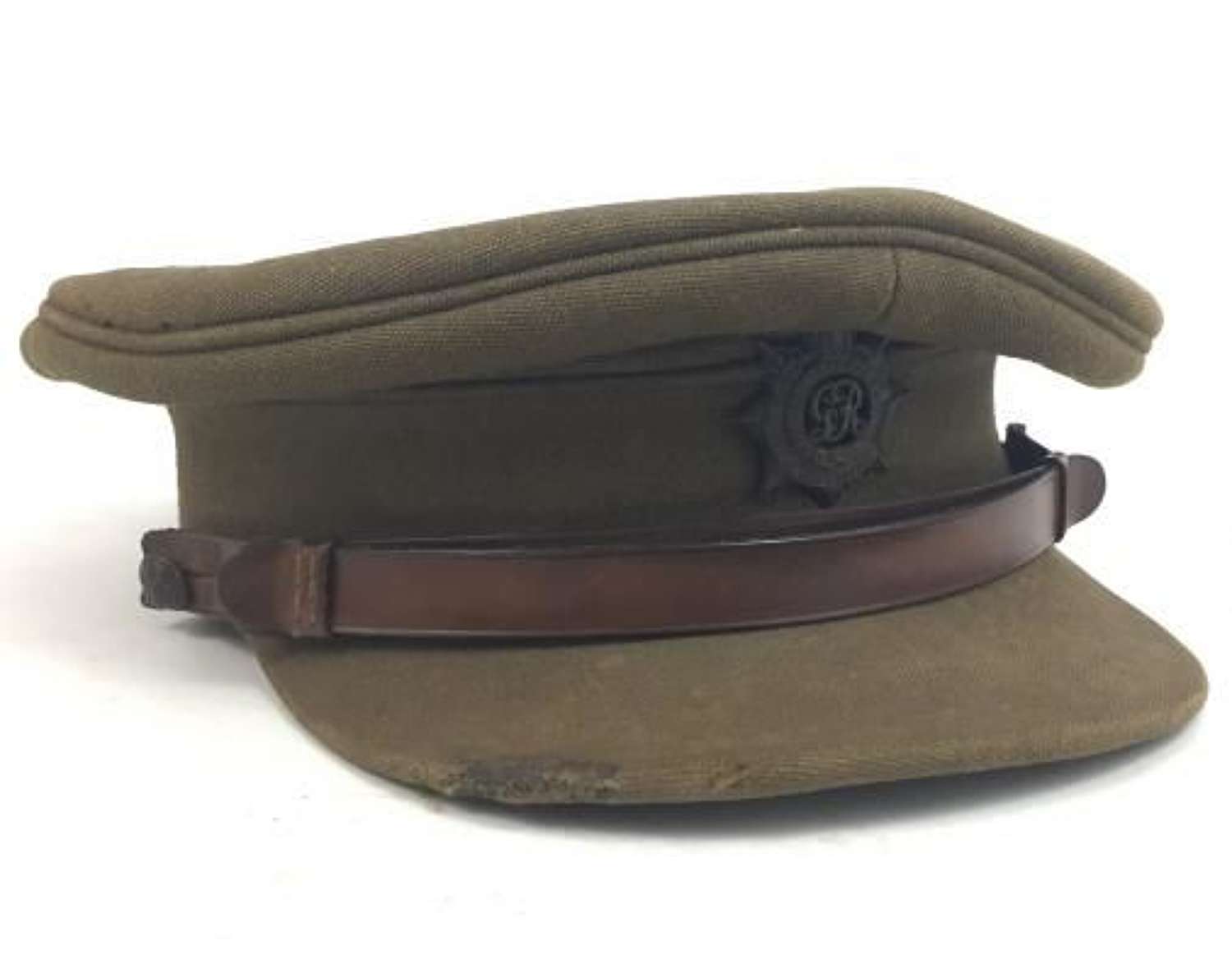 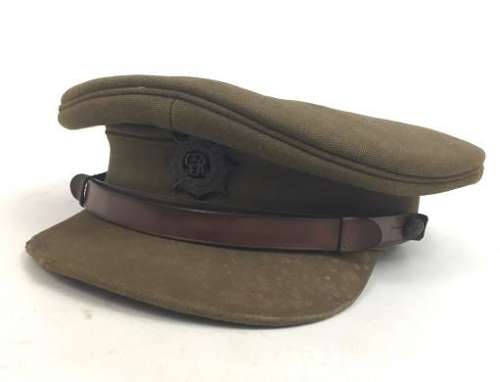 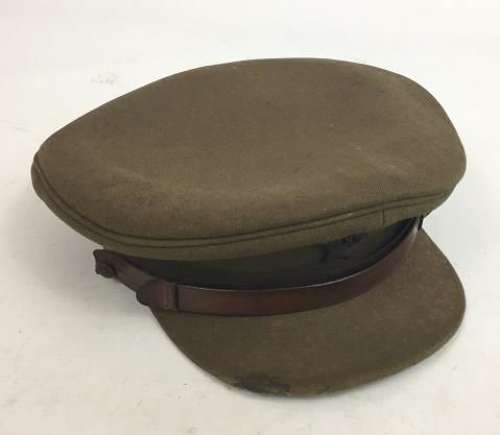 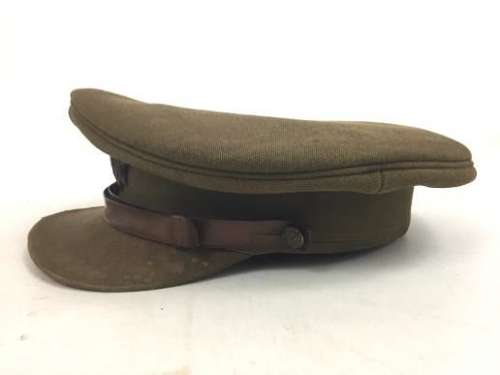 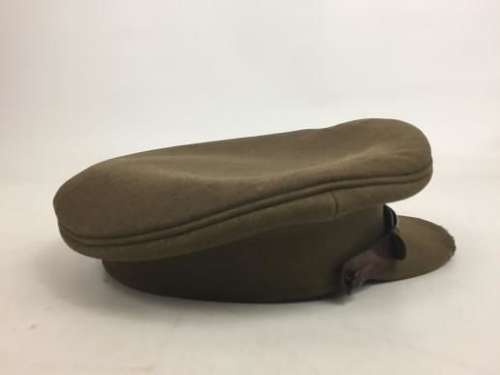 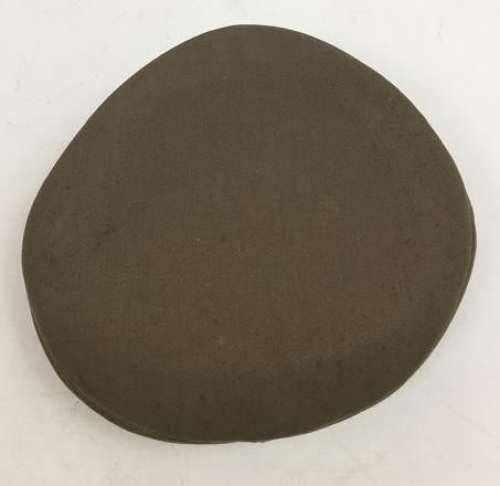 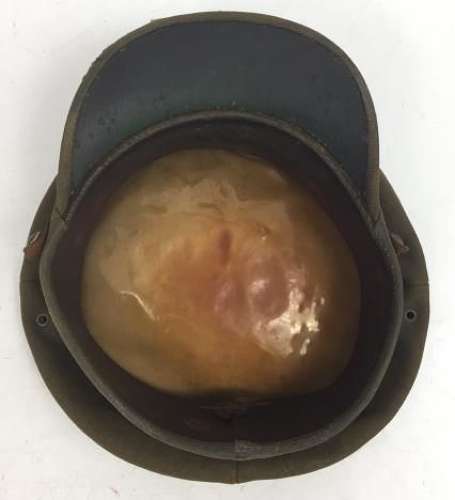 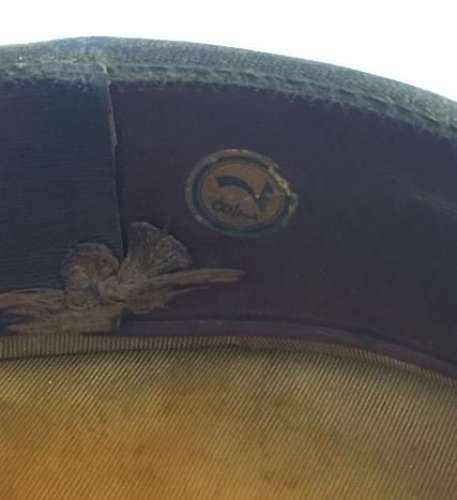 This cap is a nice early stiff shape and features the green under-peak often associated with early manufactured caps. It also has officers quality buttons which hold on a nice chestnut brown chinstrap.

Inside the cap features its original size label which is typical of the 1930s and 40s in its shape and design etc. It reads 7 1/8 making this a good wearable size cap.

The cap features a deep leather sweatband to the interior which is another good sign for it being an early cap. Earlier British headwear almost always has a deep headband such as this example with smaller headbands coming in as an austerity measure during the war. These smaller bands were continued after the war.

All in all a nice early hat with a typical early shape and in a good wearable size.