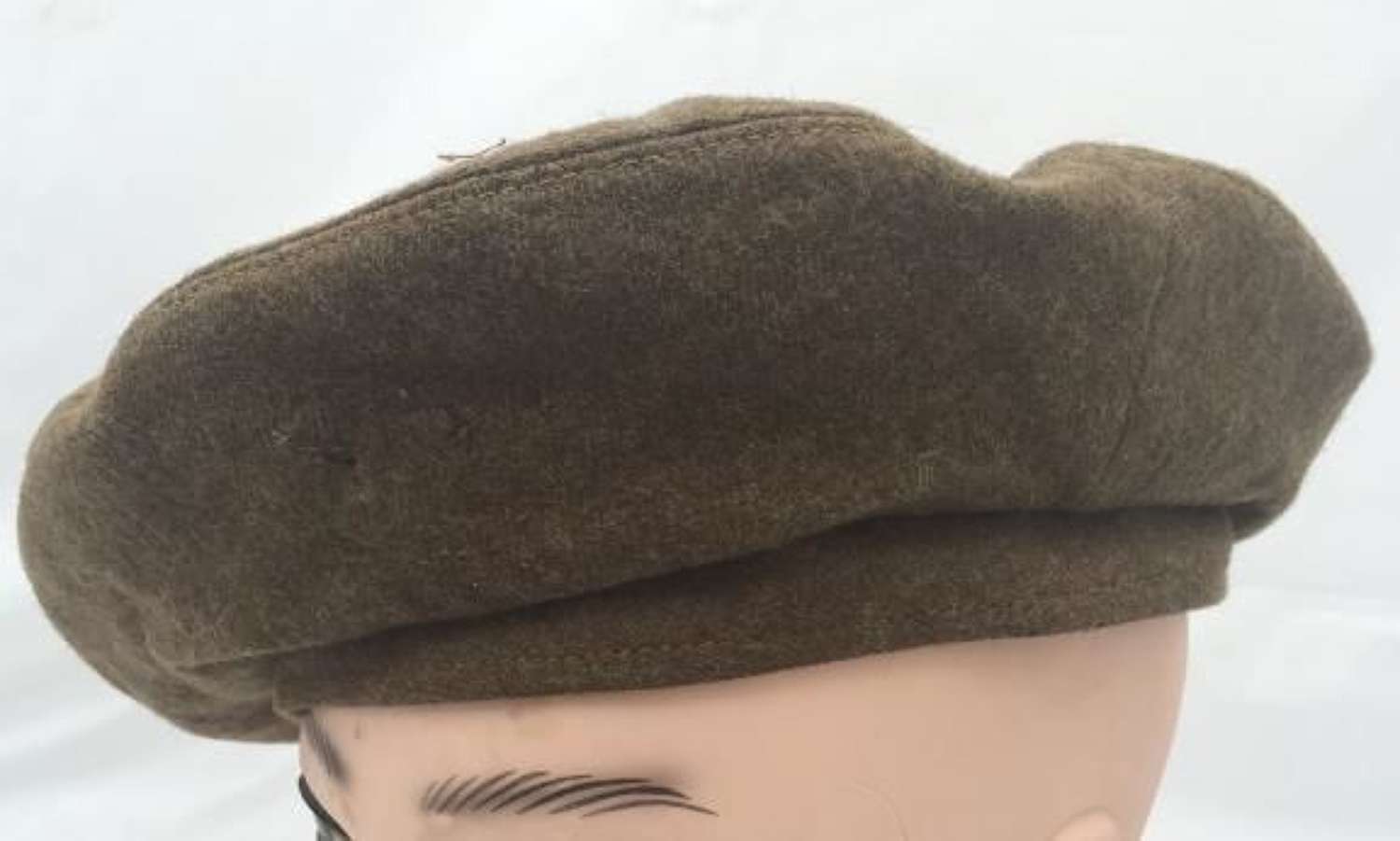 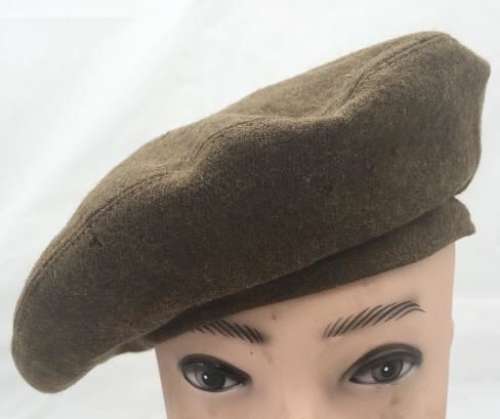 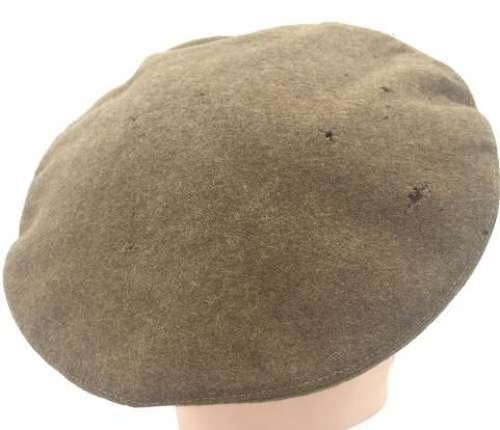 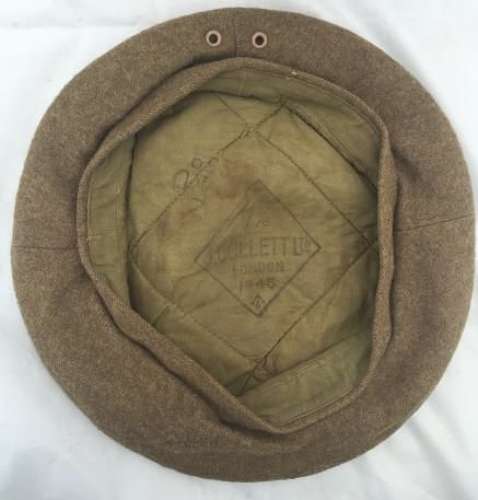 SOLD
A good original wartime example of a British Army General Service Beret in a size 7 1/8.

This pattern of hat came in to use with the British Army during 1943 and replaced the earlier Field Service cap.

This particular example is clearly dated 1945 and also has the letter 'Z' stamped above the WD mark which stands for 1945. The hat is also clearly marked as a good size 7 1/8.

The cap is made by 'J. Collet Ltd' who are one of the more prolific manufactures of British Army Headwear during the Second World War.

The interior of the cap is good with only limited signs of wear. The outside has suffered from moth damage but this could be repaired and has been taken into account with the price. There are also two holes to the front of the cap where a cap badge has been fitted at some point.

A good example of a wartime British Army beret which with a little TLC will display very well indeed.