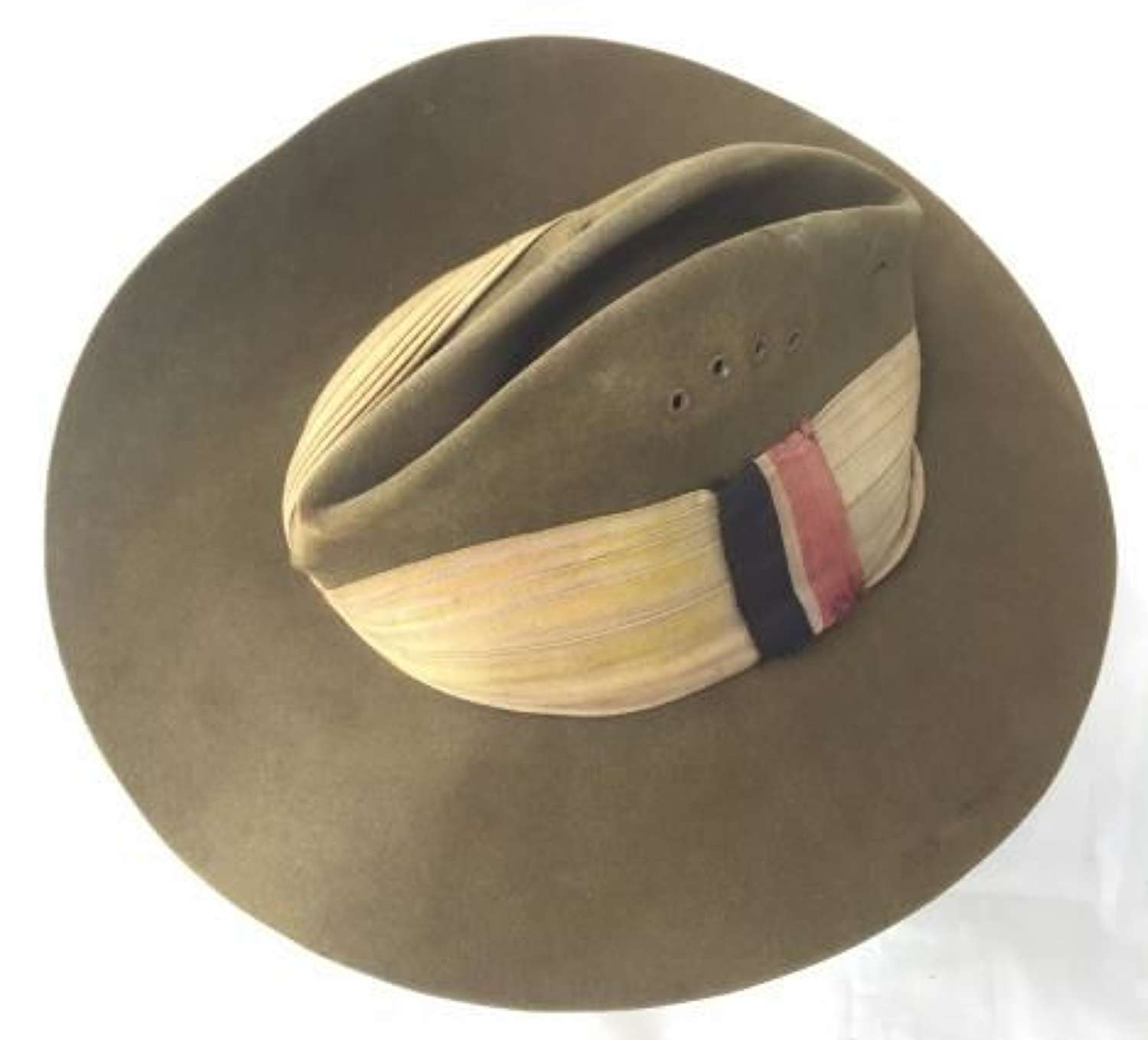 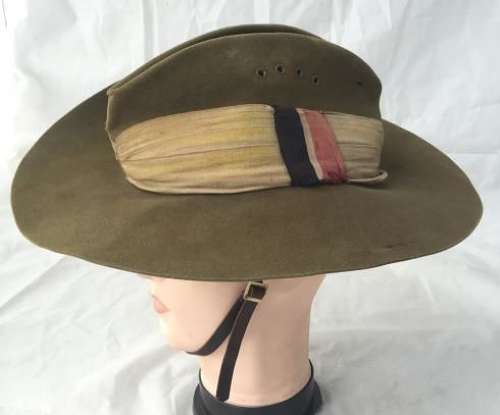 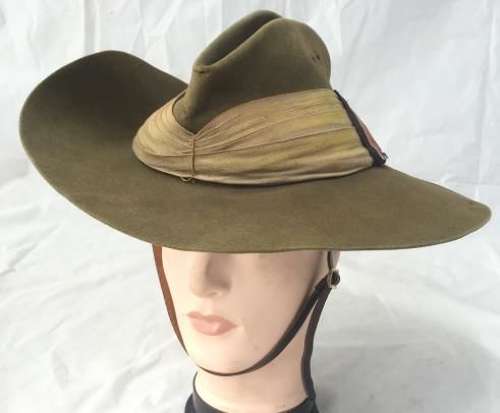 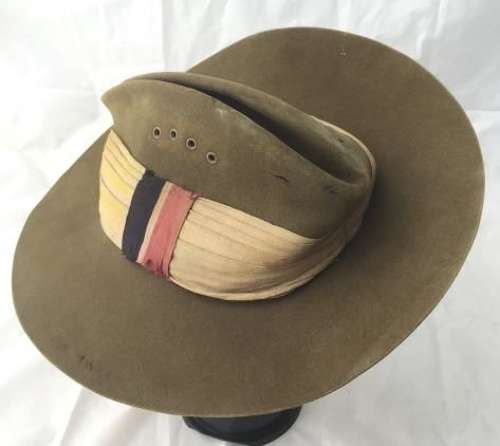 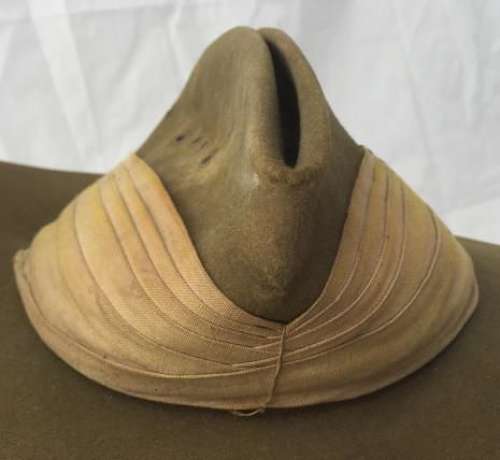 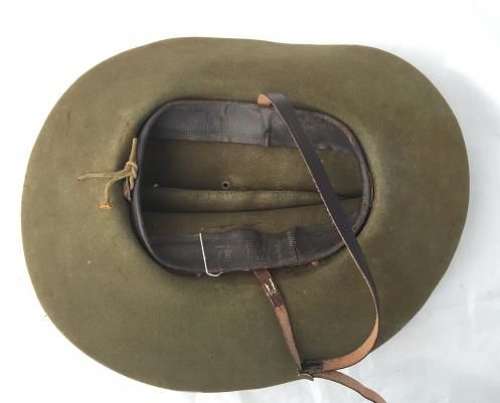 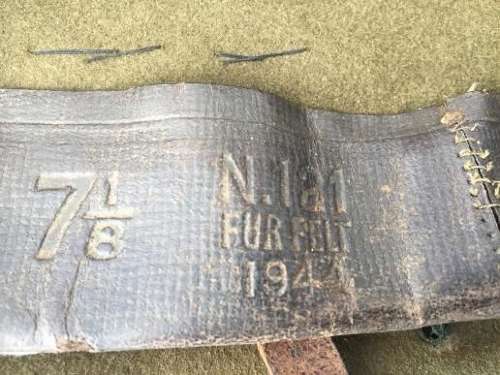 SOLD
A brilliant original example of an RAF / RAAF slouch hat which is clearly dated 1944.

This hat is of Australian origin and I believe may have possibly been an RAAF hat originally as there are two holes to the front of the hat which look as if they have had a cap badge mounted through them at some stage. It is common to see an Australian badge mounted in this place in original photographs.

The hat features its original pugree and RAF flashes to the outside and inside the leather sweatband remains intact. The sweatband is stamped as a size 7 1/8 and also bares the manufacture date of 1944. The original chin strap has been repaired by hand at some point, which isn't surprising as they are not the strongest.

The overall condition of the hat is good but it does show signs of service wear and age. There are some moth tracks present and the fur felt has been rubbed down in numerous places. It still displays very well however as can be seen from the photographs.

A great original hat which is nicely dated and would undoubtedly compliment any RAF or RAAF collection.