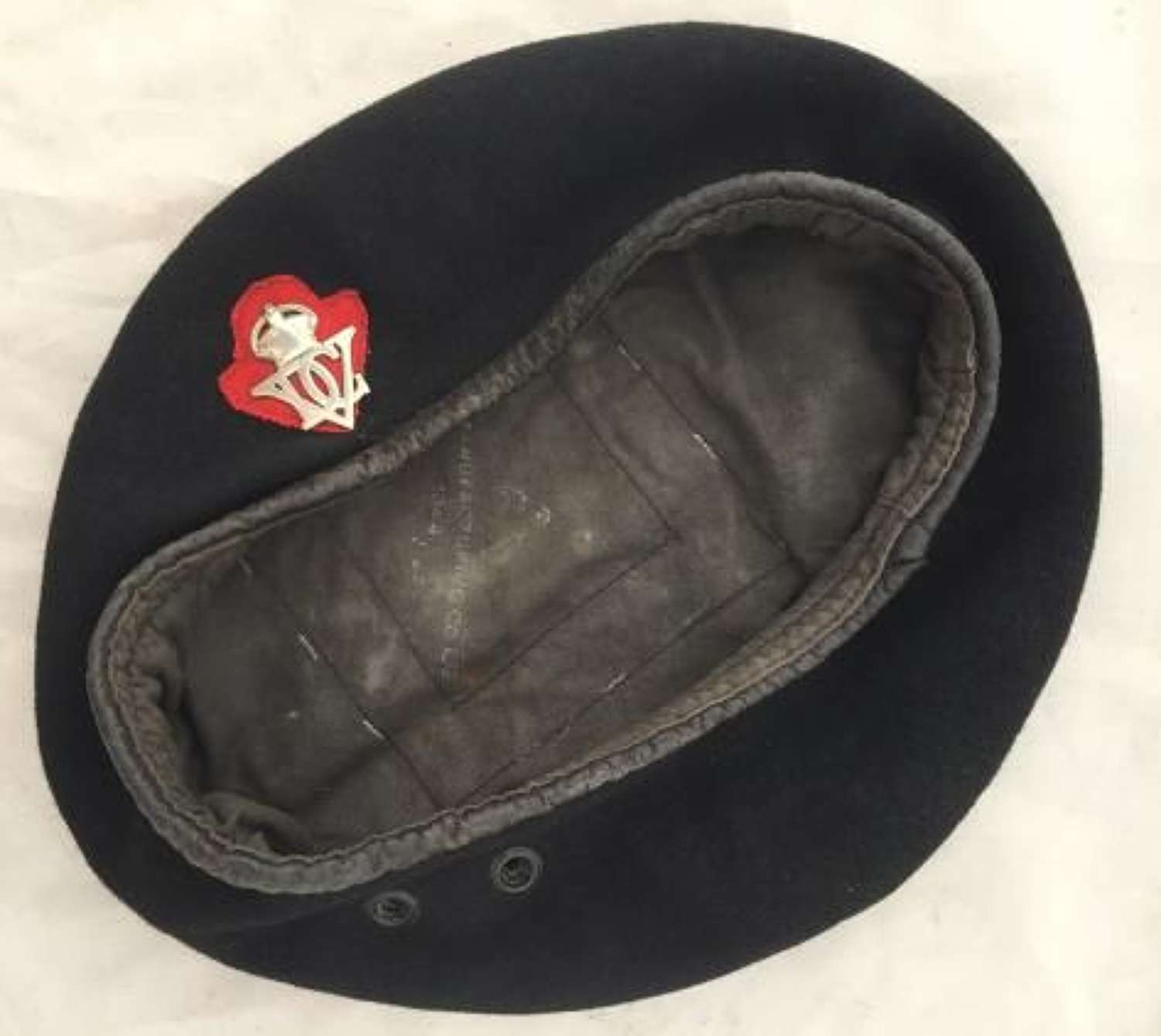 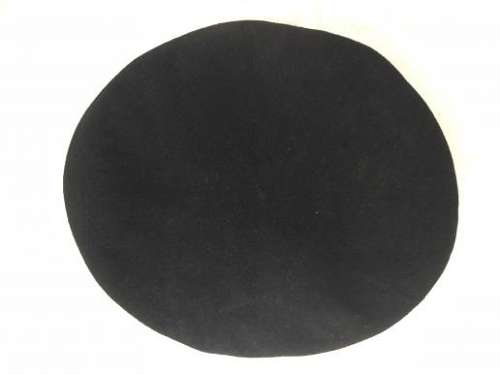 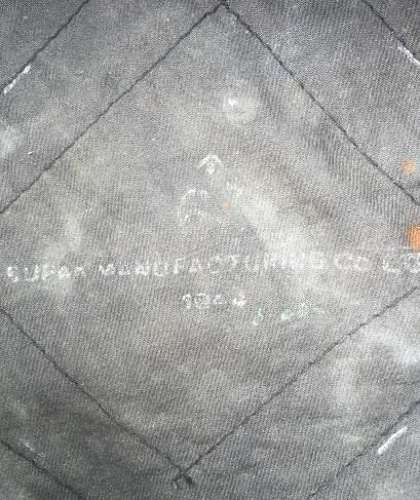 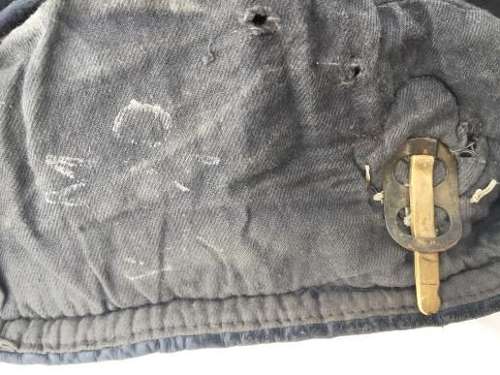 SOLD
An extremely original example of a Normandy period Black beret to the 5th Royal Inniskillings Dragoon Guards which is dated 1944.

The 5th Royal Inniskillings Dragoon Guards landed in Normandy a month after the initial D-Day landings as part of 7th Armoured Division and fought at the battles of Mont Pincon and at Saint-Pierre-la-Vieille amongst many others.

This rare beret is a standard issue black beret as issued to tank crews through-out the Second World War and was made by 'Supak Manufacturing Co' who are one of the more common makers of berets such as this. The beret is also marked as a size 6 7/8 and bares the date 1944. There is also a War Department WD stamp which is surmounted by the letter 'M' which confirms 1944 as the year of manufacture.

This beret features an original and highly polished 5th Royal Inniskillings Dragoon Guards cap badge which is secured onto the hat with a brass slider, as is commonly found in original British headwear. The badge is mounted on a red field which has been stitched directly to the beret. There is no doubt that this badge has always been on the beret.

The condition of the beret is very good for its age showing only limited signs of wear. All the original markings inside are present as is the single black thread which is stitched into the lining and used for testing and adjusting of the main firing pieces of tanks.

Overall, an incredibly original Normandy period beret which can only be described as a 'sleeper'. Normandy period headwear this original rarely comes up and it is a pleasure to be in a position to offer it onto the open market.