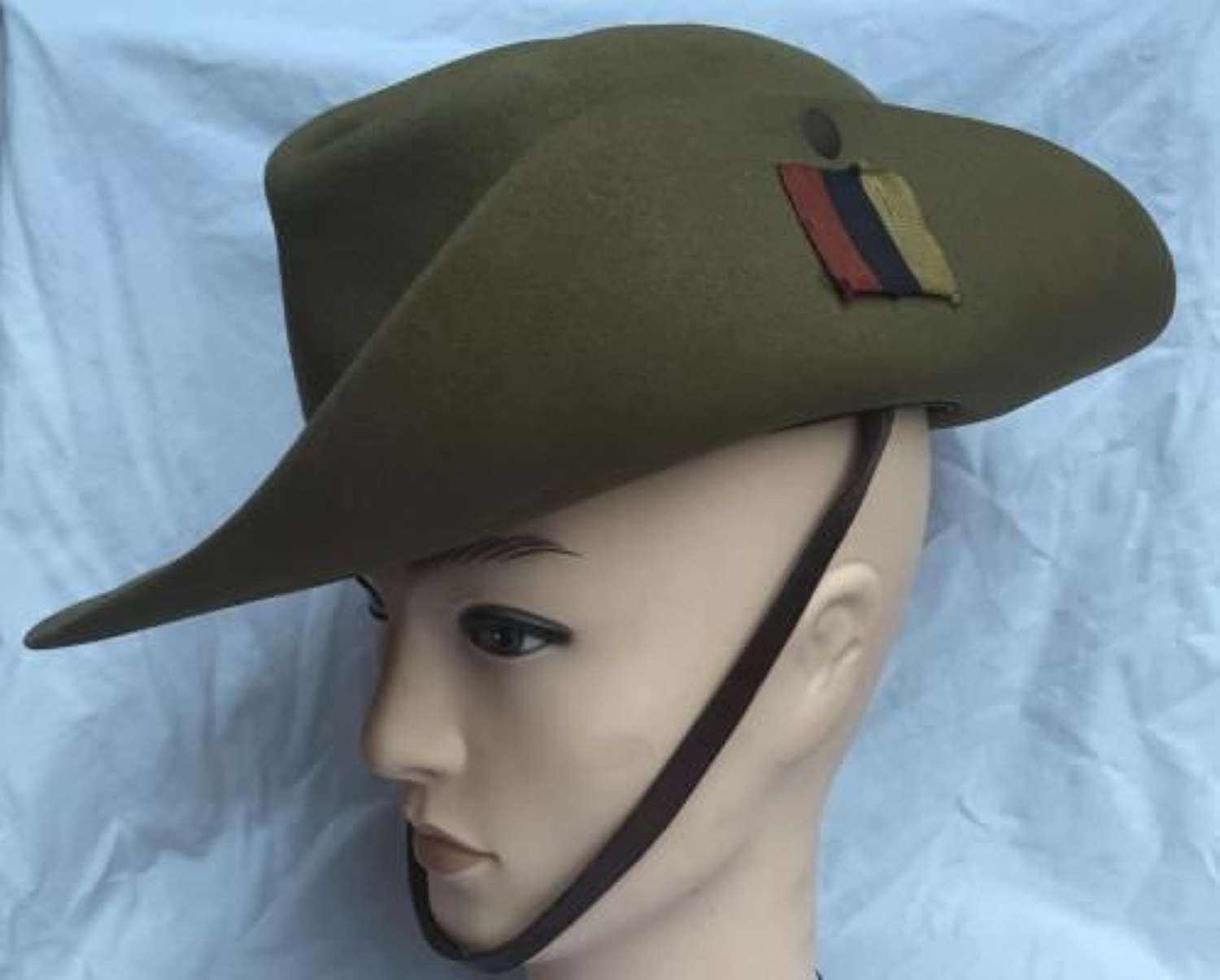 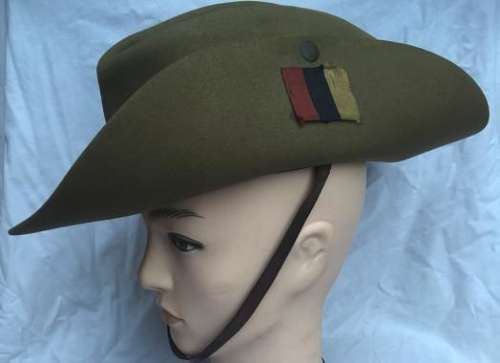 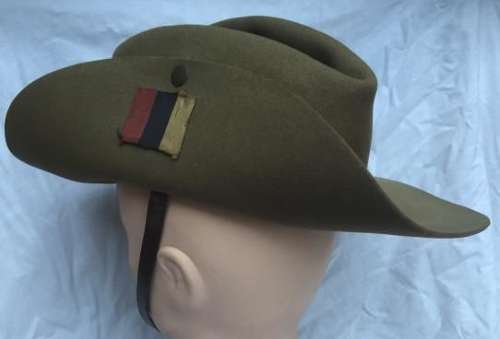 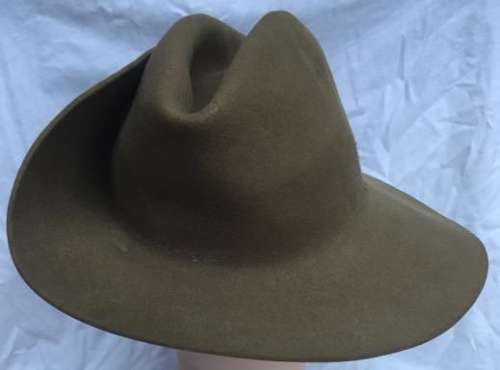 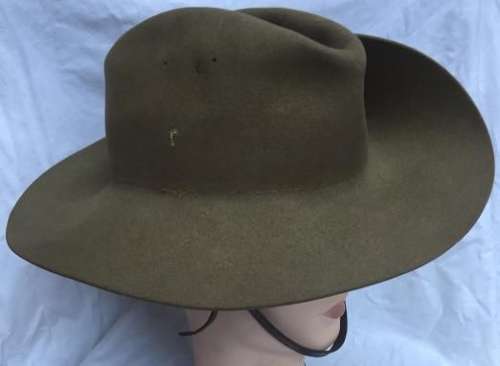 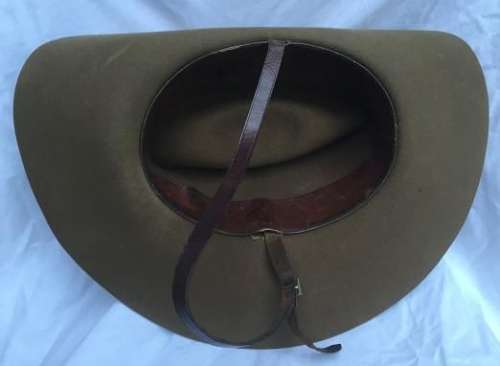 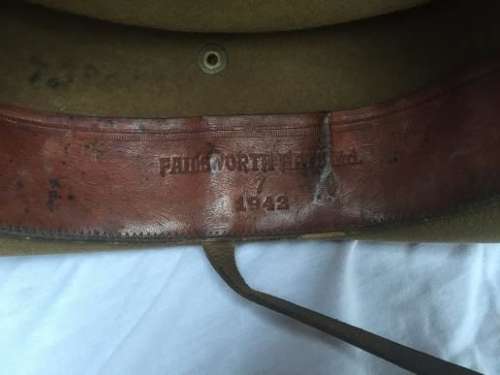 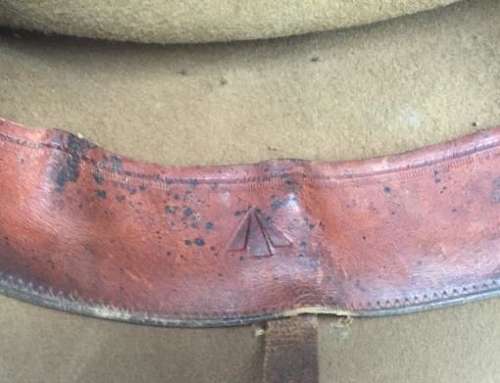 SOLD
A nice 1942 dated example of the British Army slouch hat in a size 7.

This hat was issued troops in the Far East during the Second World War and became synonymous with that campaign.

Inside the hat is a leather sweatband which is stamped 1942 by Failsworth Hats Ltd on one side and with a large WD arrow on the other. There is also a leather chin strap which is in good condition.

The overall condition is very good with no signs of damage or excessive wear. There is the odd small moth graze but these are only noticeable on very close inspection. The puggaree is missing on this example but there is a shadow showing where it once was.

On one side of the hat is an original REME flash which sets the hat off nicely.

A very nice hat which displays well and would be compliment any collection.