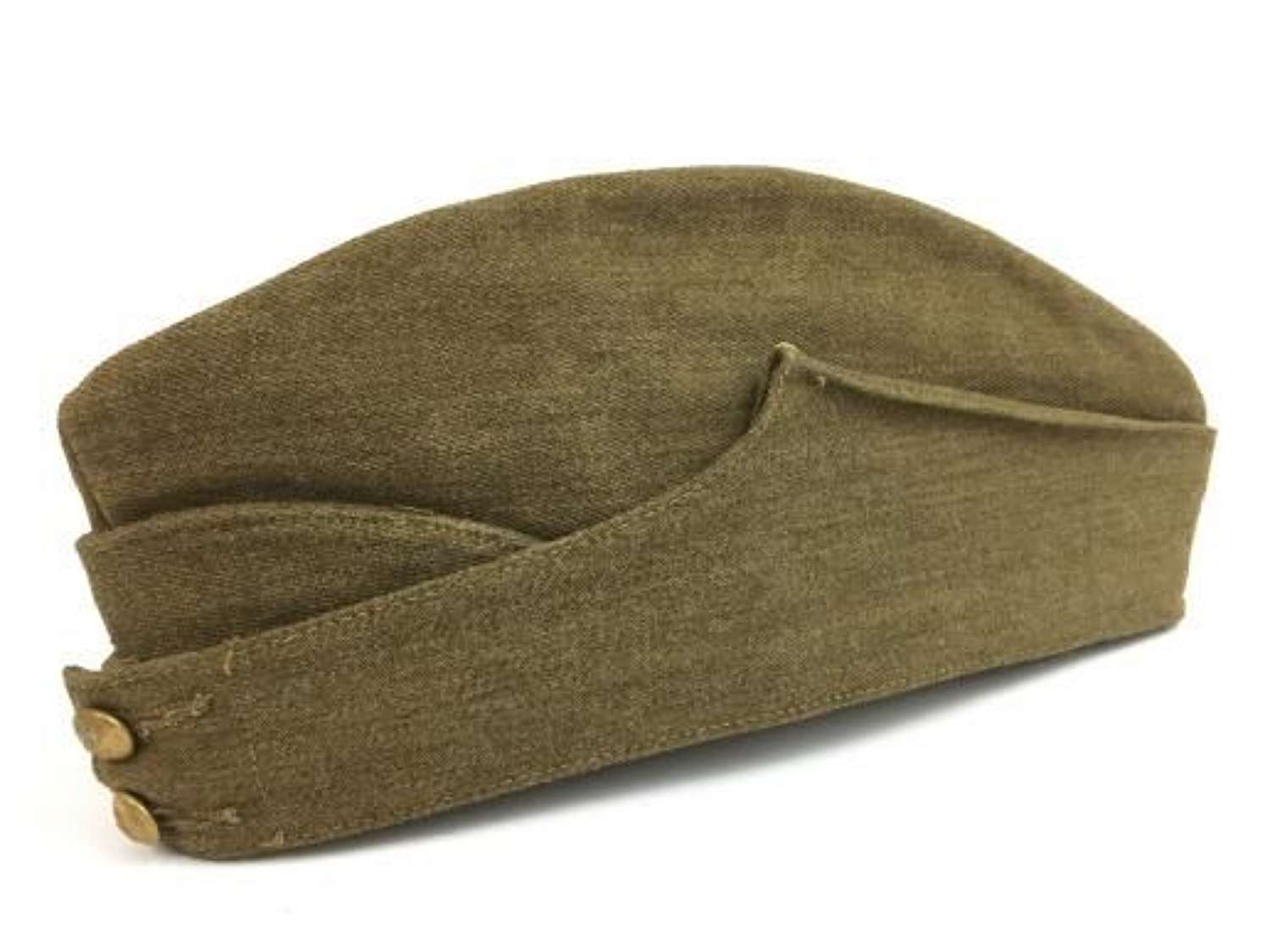 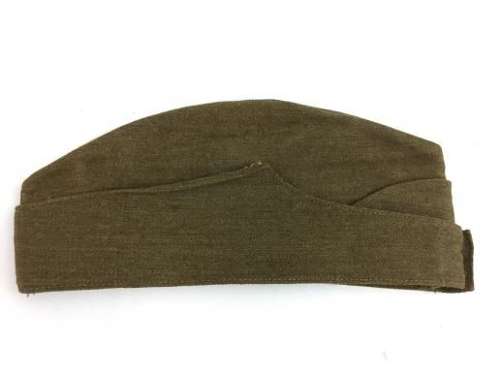 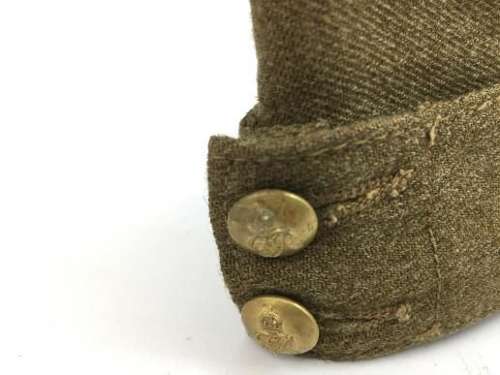 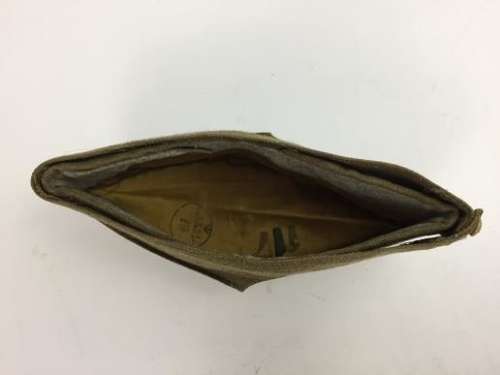 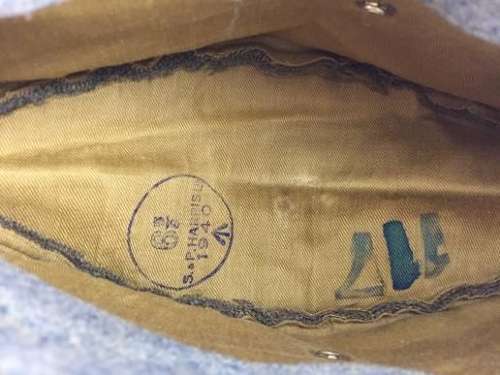 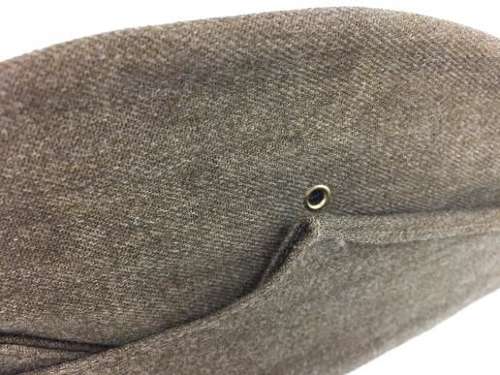 These side caps were standard issue during the early part of the war before being replaced with the General Service Beret in 1943. They saw wide spread issue across many units including the Military Police.

This example appears to be unworn and doesn't even look to have been issued. It is in fantastic condition with no signs of wear to the interior. The interior features the original makers stamp which is a circle with the size, 6 5/8, makers name, 1940 date and the War Department broad arrow stamp. The numbers 117 are also stamped in ink to the interior.

The only thing wrong with the cap is that one of the hooks that holds the side on is missing although this could easily be replaced.

Overall a nice original and very clean example with a clear 1940 date. The MP buttons make it an interesting and collectible example.