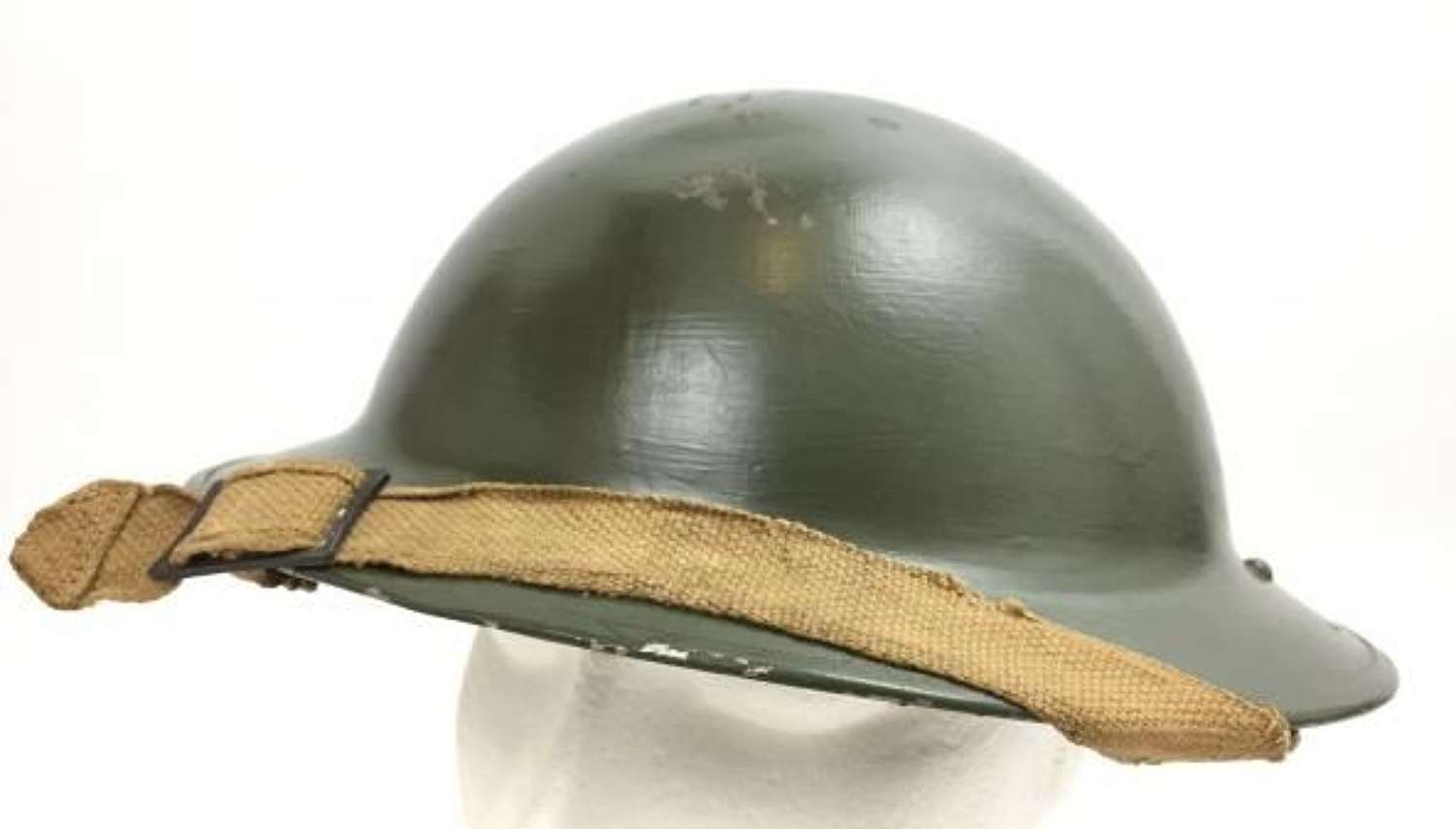 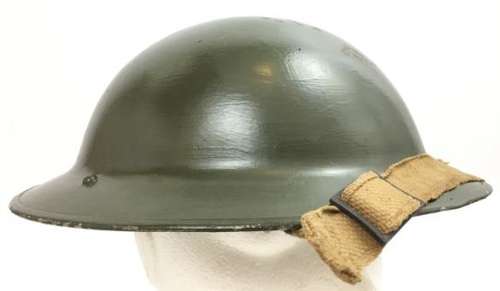 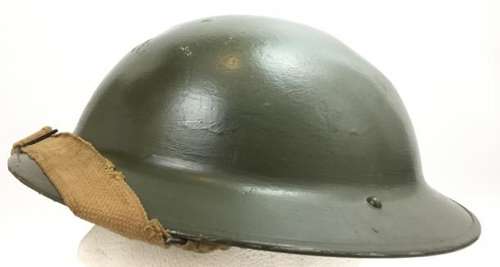 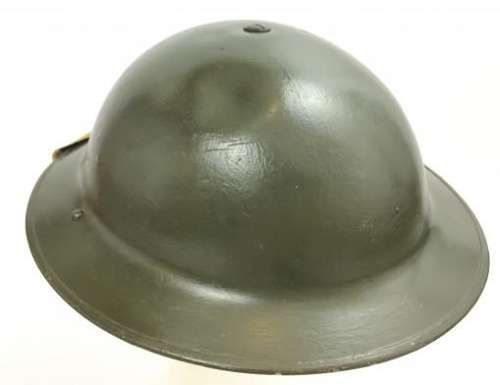 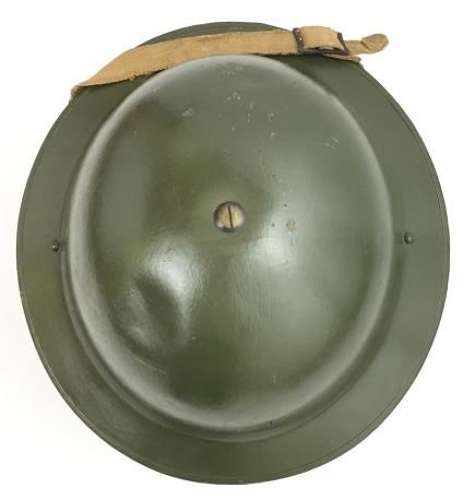 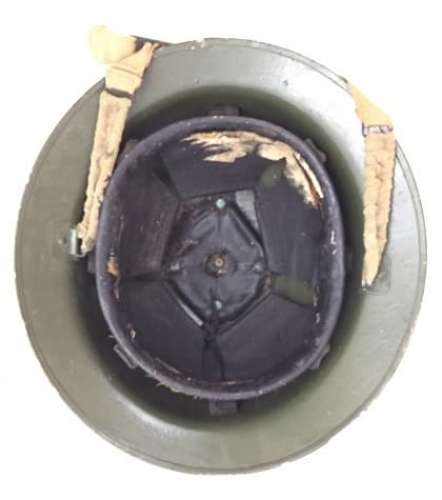 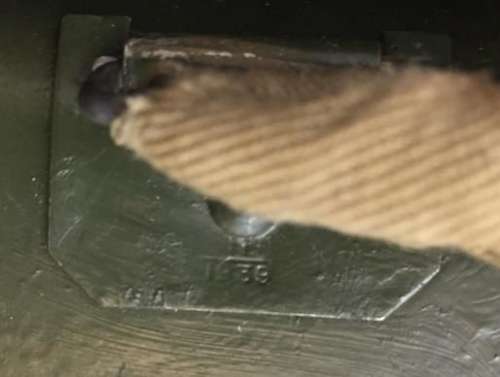 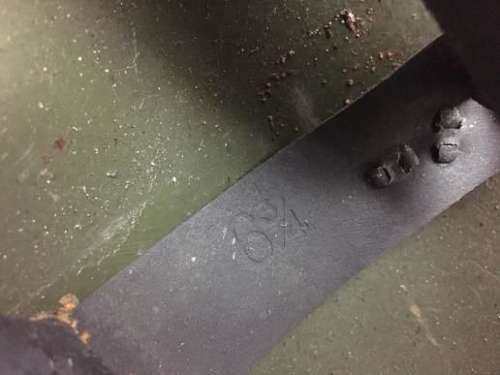 This helmet appears to have been repainted by hand in a deep service brown shade which is often associated with the early war period and the British Expeditionary Force in particular.

The helmet shell is clearly dated 1939 on one of the chin strap lugs. This is surmounted by the numerals II indicating the helmet as a MKII shell.

The liner is the correct early war pattern with the circular head pad rather than the later cruciform type. The liner is stamped as a size 6 3/4 but will fit a little bit larger. There is some material stuck to one section of the liner which looks like paper. This may come off with careful cleaning.

The chin strap is a good clean original example showing only minor signs of wear.

Overall, a nice early war helmet which would be ideal for the BEF collector or Re-enactor.