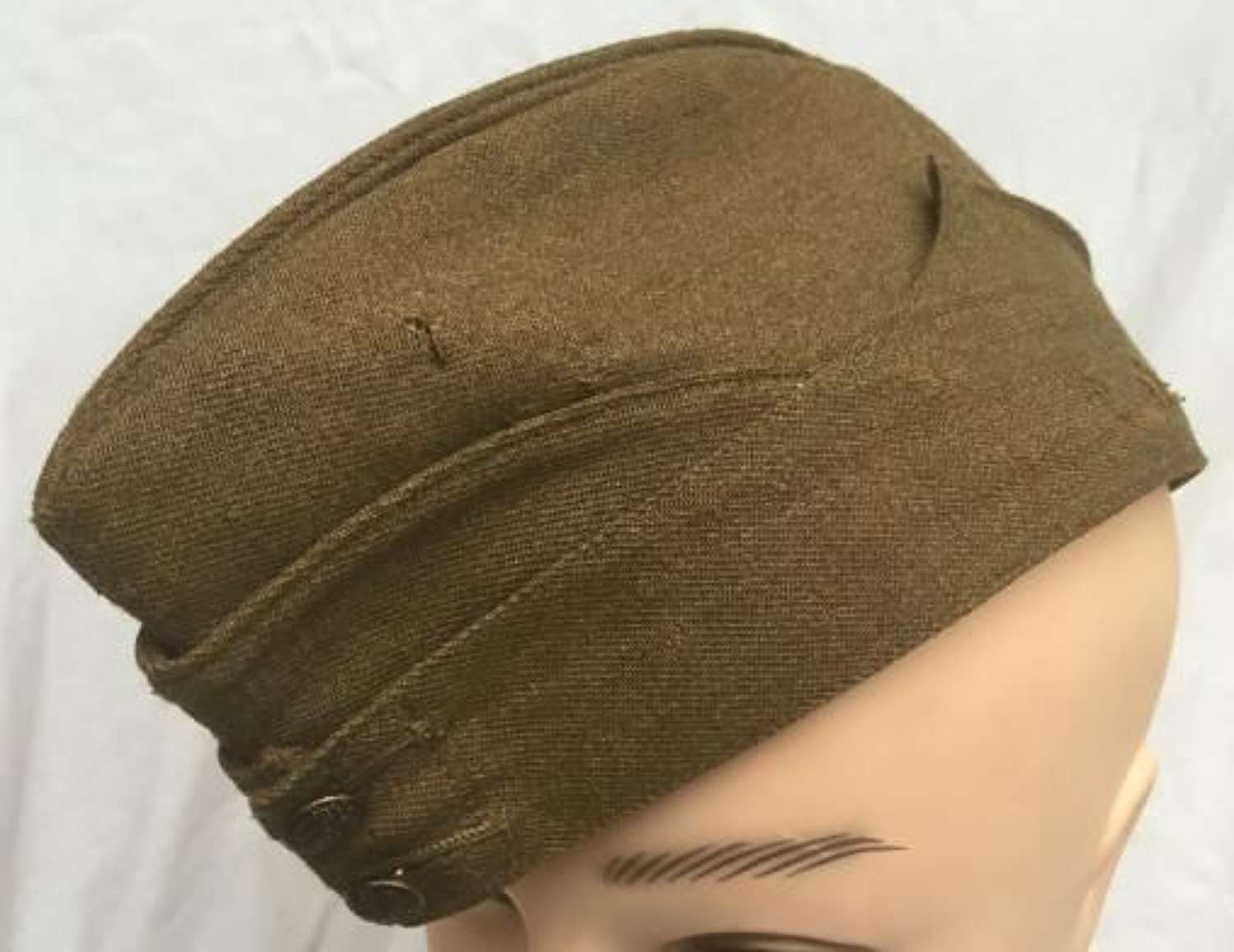 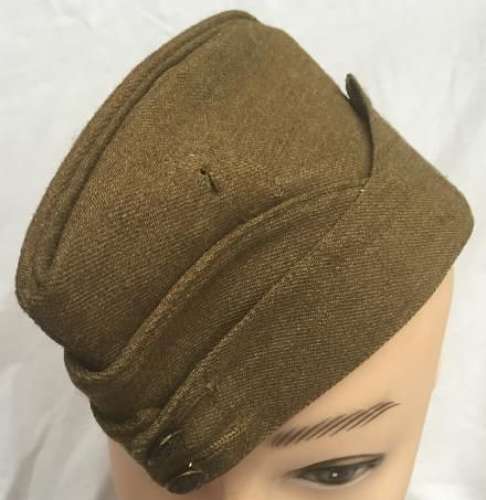 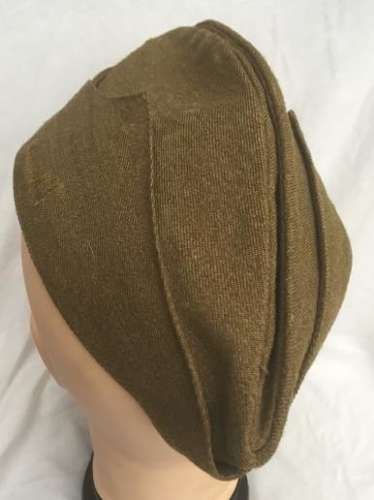 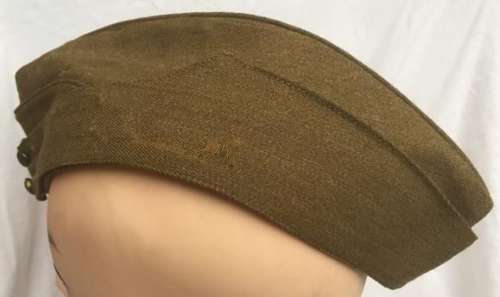 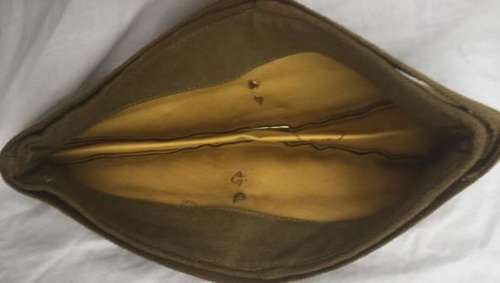 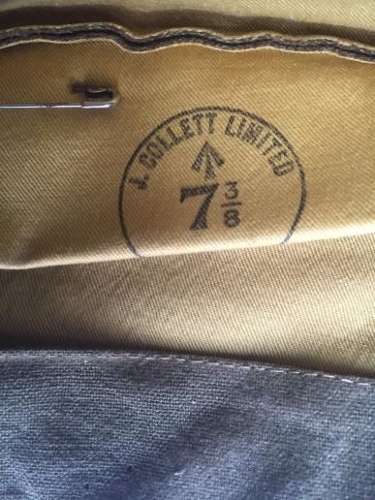 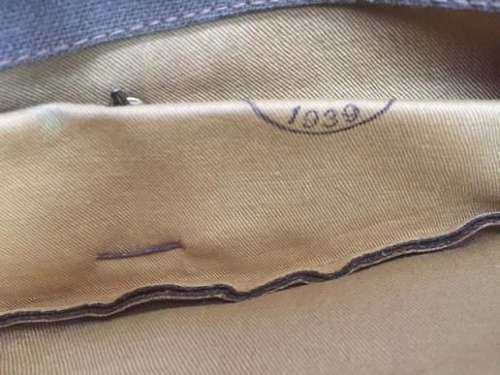 This pattern of head-wear came into use with the British Army at the beginning of the Second World War replacing the 1922 pattern peaked cap. It was the standard hat issued to troops in the British Army and Home Guard but was replaced in 1943 by the GS beret.

This example is clearly dated inside 1939 and was made by J Collet Ltd, a common maker to find in these caps. It is also marked as a size 7 3/8 which is a very larger size to find these days!

The cap is in great condition with next to no signs of visible wear at all. It has almost certainly been issued however as it has had a safety pin fitted into the top which was common practice to help keep the shape of the hat.

There are some signs of age on the outside of the cap where the material has gone thin, as can be seen in the photographs. The liner however is absolutely immaculate! The stamps are also as clear as the day this was made.

The front of the cap has two small general service buttons. There are also two holes to the left hand side of the cap where a cap badge has been mounted at some point in its life.