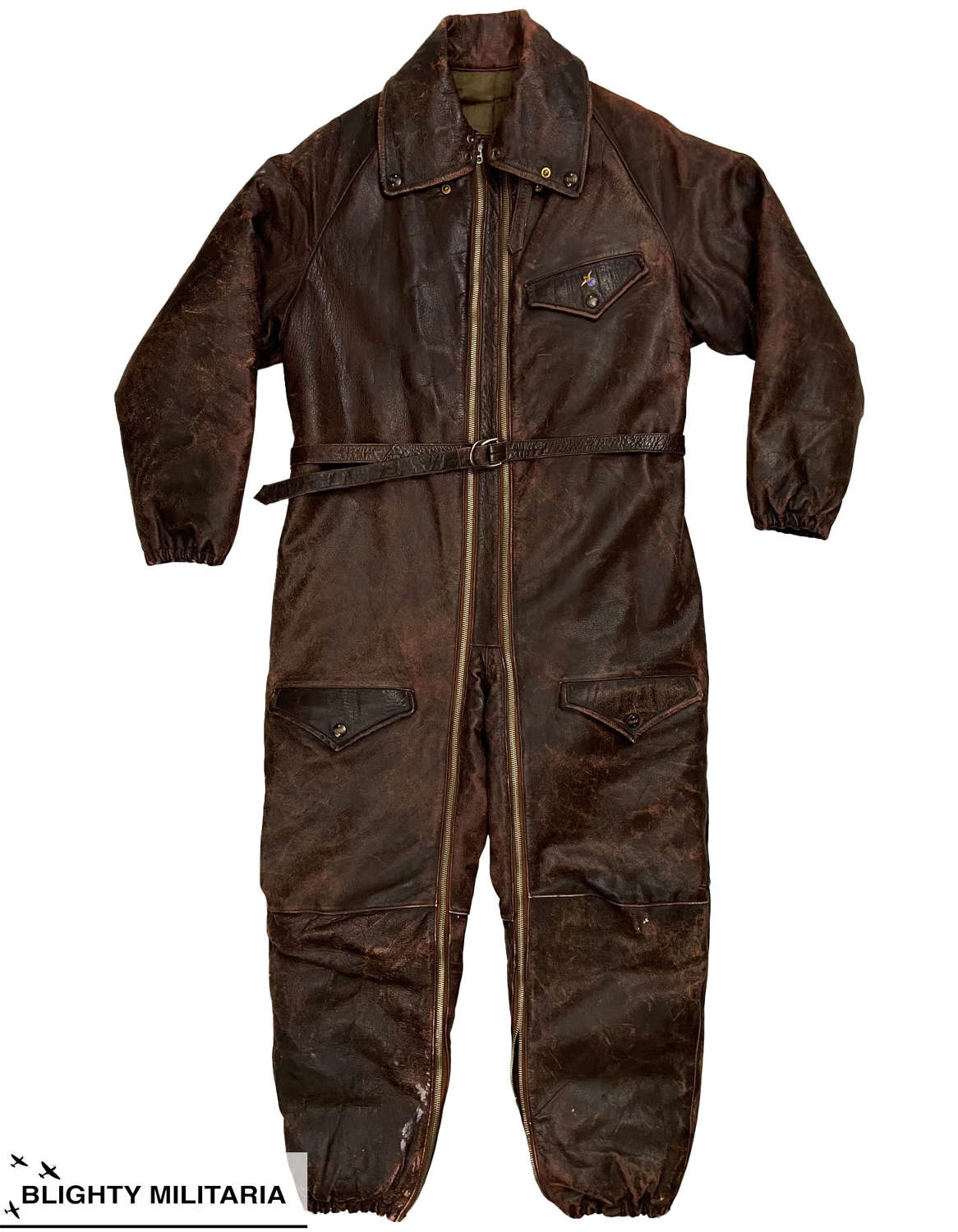 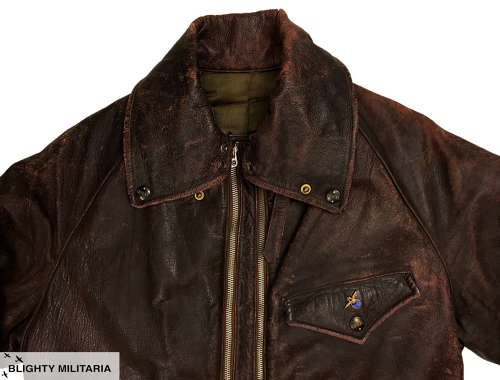 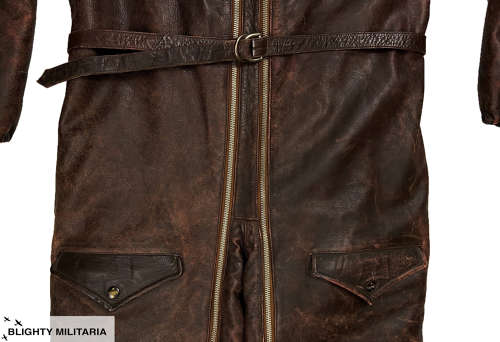 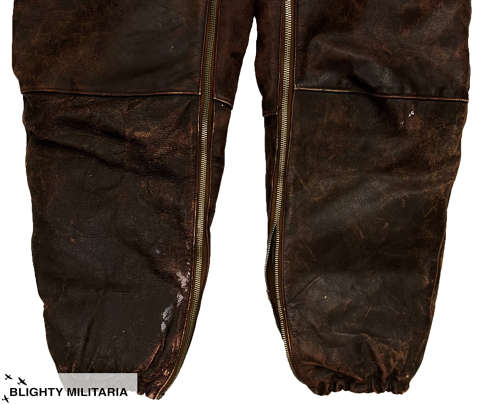 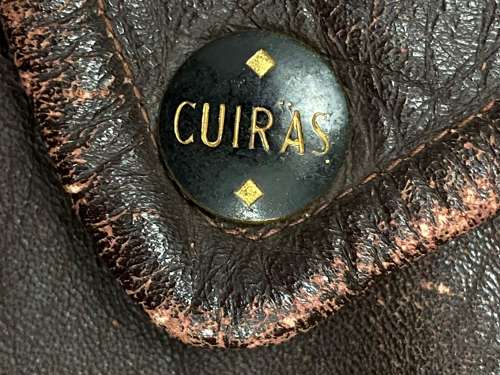 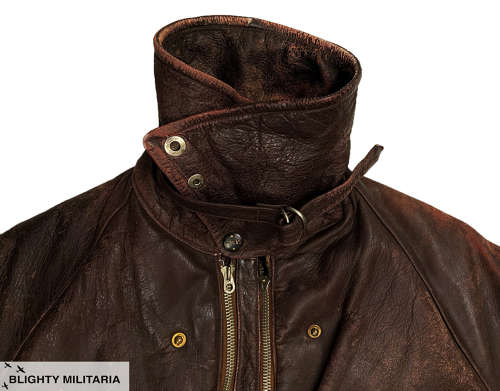 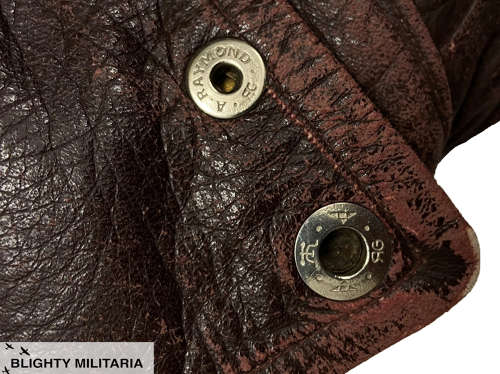 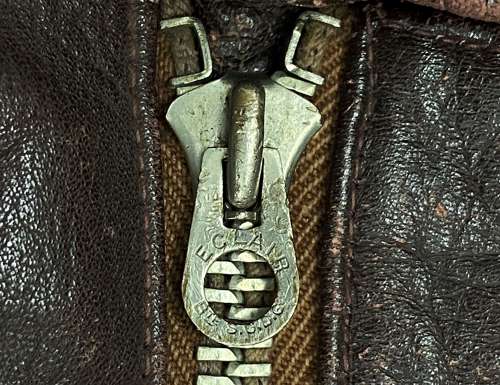 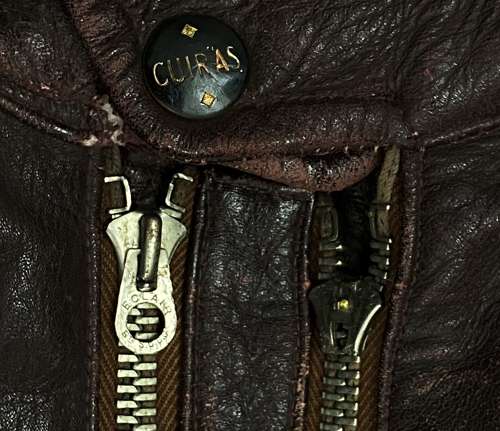 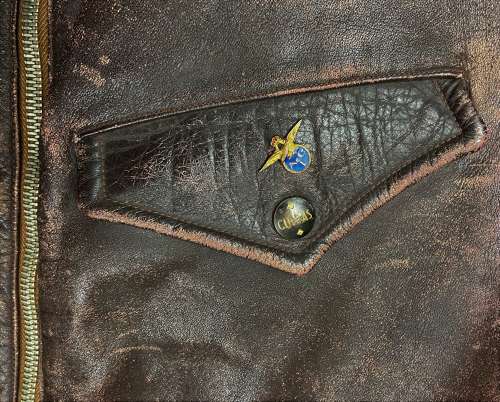 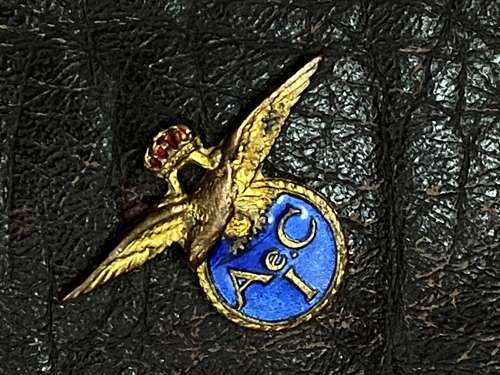 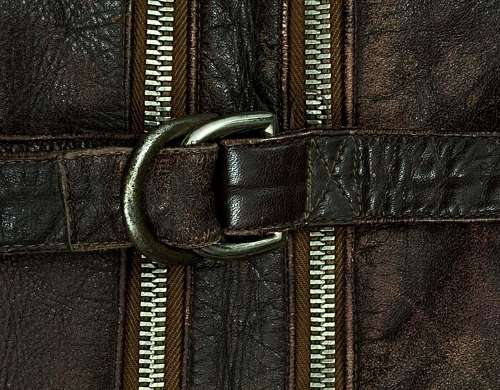 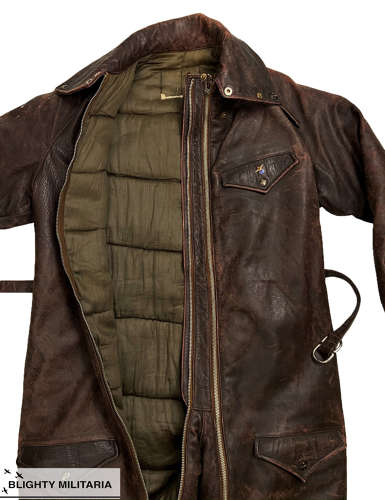 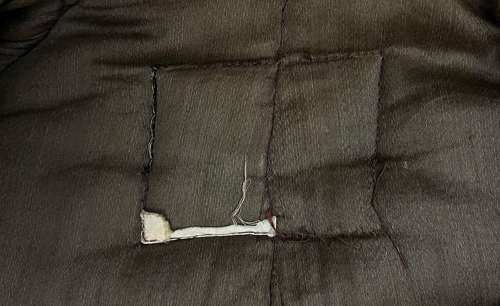 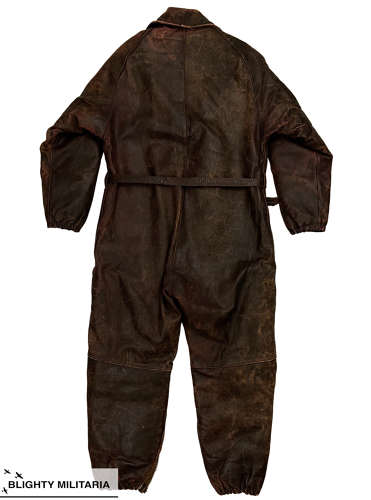 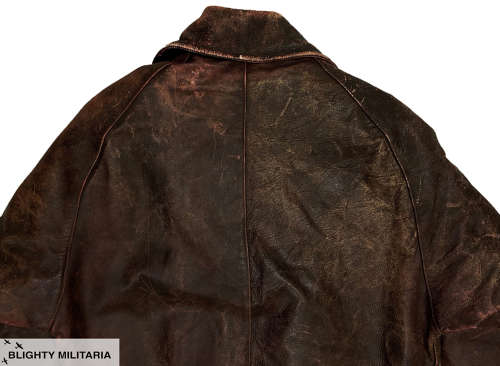 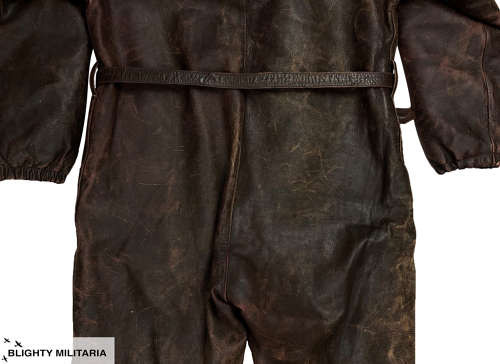 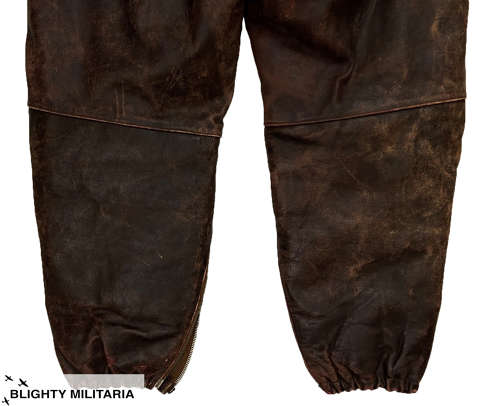 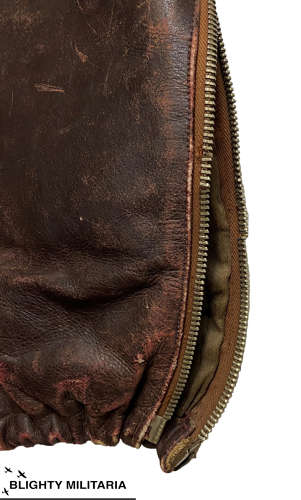 In many ways this suit is typical of those worn in the inter-war period. With its roots firmly in the Great War, this all in one suit is made of leather and features a quilted lining which is designed to keep the wearer warm at altitude. This was made alongside the M1929 Leather flying coat which bears a number of similar features.

The overall has many classic French features such as the 'Eclair' branded zippers which run the length of the suit and the double dee ring style buckles which fasten the waist belt. Press studs made by 'A. Raymond' are fitted throughout and are again typical of French items from this period. A. Raymond was the inventor of the press stud and was a prolific manufacturer during this period. The outward facing side of the press studs bears the words 'Cuiras' which is a derivative of the French word 'Cuirass' which means armour. A single pocket is fitted to the breast and two more similar pockets are located to the legs and all fasten with press studs. An Italian Aero Club badge has been fitted to the breast pocket which is a nice period detail.

Inside the suit there is evidence of where a label was previously fitted. Sadly this has since been removed.

The suit is a smaller size which will probably suit a 36" -38" chest. It is padded and made of leather which needs to be taken into account when studying the measurements below -

The suit is in good condition for its age and displays well. It shows signs of use but is still good overall. The main flaw is to the bottom of one of the main zips which is not fastened and shows some small areas of damage. This would not be visible if displayed with a pair of period flying boots. Please study the pictures before purchasing and bear in mind that this is a vintage item with small issues commensurate with age.

A rare 1930s flying suit with some absolutely fantastic details!