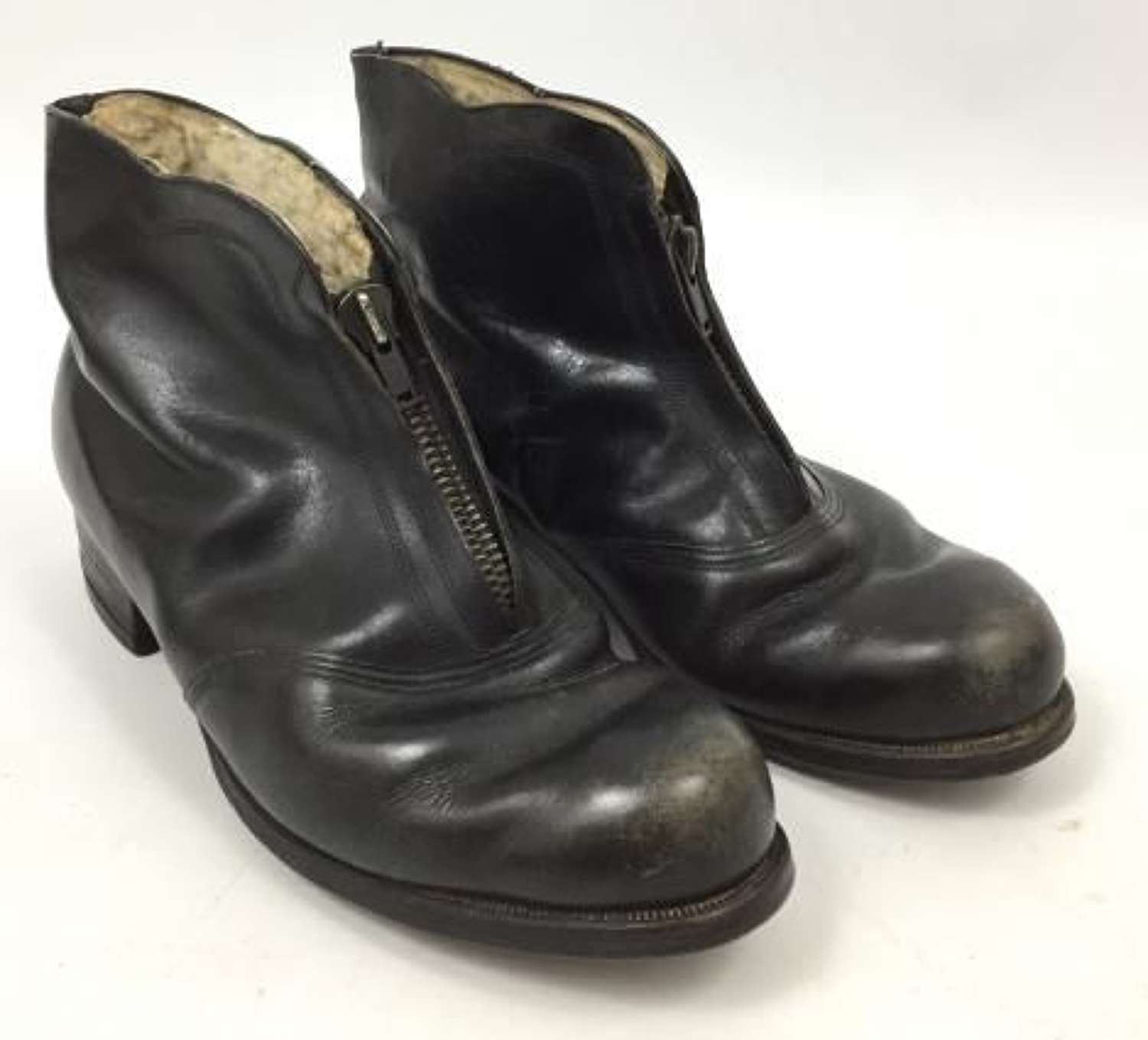 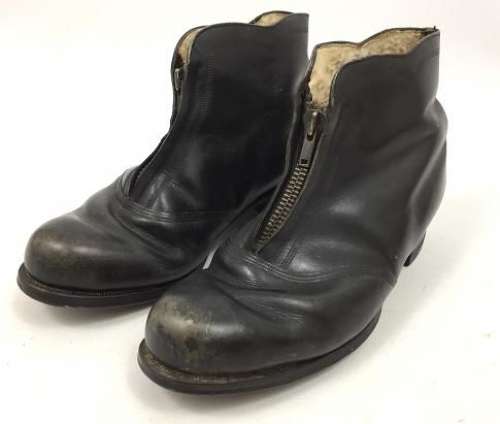 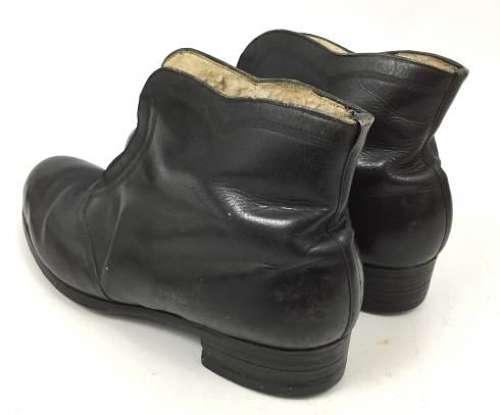 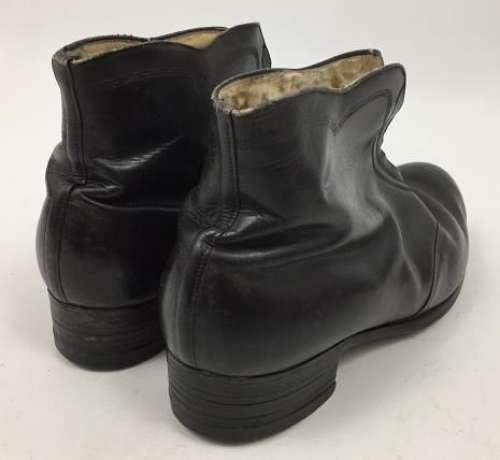 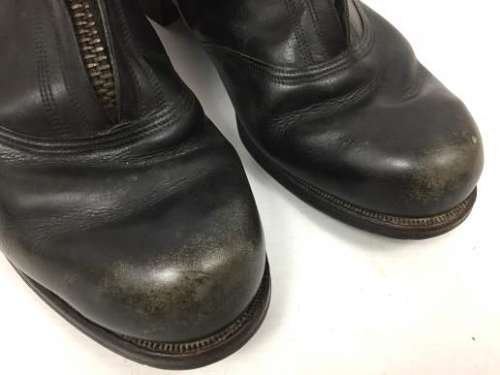 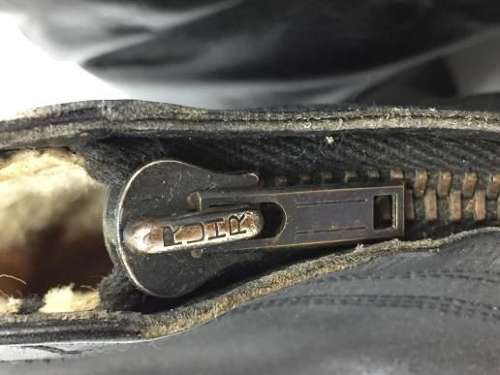 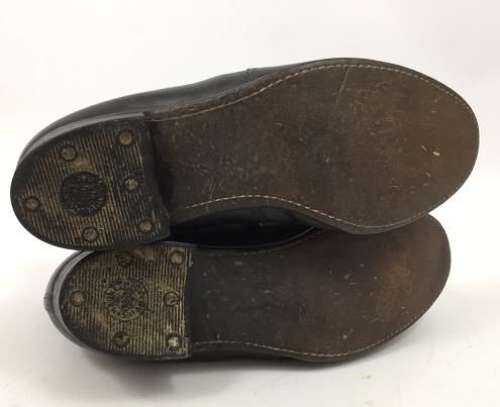 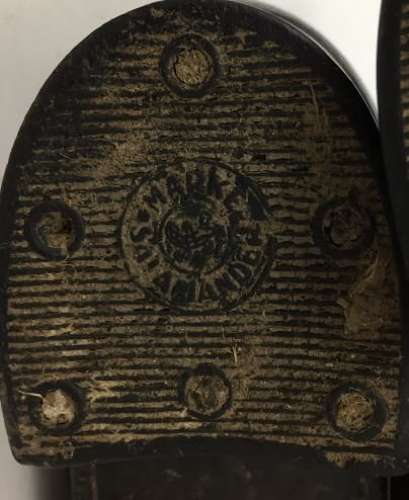 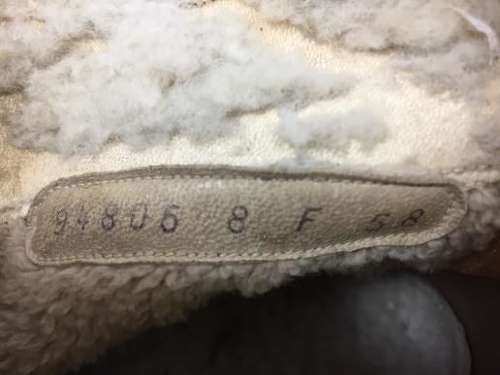 These boots were issued in the winter of 1944-45 to Women employed in ground crew roles with the German Air Force. At this stage of the war Germany had stretched its manpower to the limited with nearly all men of fighting age i the forces, and those too old in the Volkssturm. This led to women taking over roles which would have been carried out by men earlier in the war, such as arming aircraft.

These boots were clearly designed for working in cold temperatures as they are sheepskin lined. The winter of 44-45 was a particularly cold one so they would have been very useful and sought-after too, no doubt. They feature brass 'Ruhr' branded zipper to the front, leather soles and rubber heels marked 'Salamander Marke'.

The boots are in reasonable condition for their age but do show limited signs of use and age. The sheepskin interior has suffered from some nothing but generally speaking they display well.

The boots are roughly a UK size 6.

A nice, rare pair of German Women's boots which would make an excellent addition to any Luftwaffe or Axis collection.