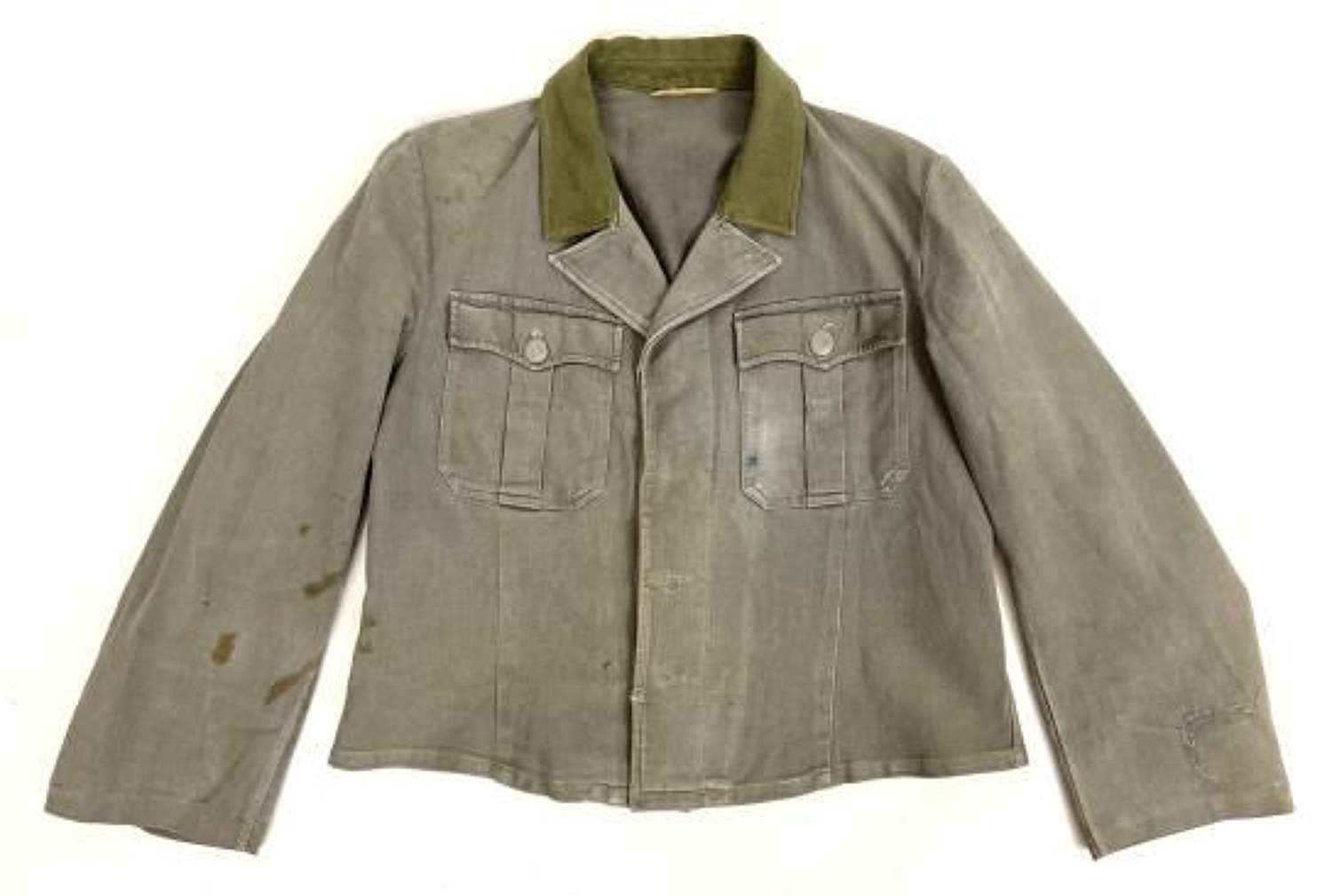 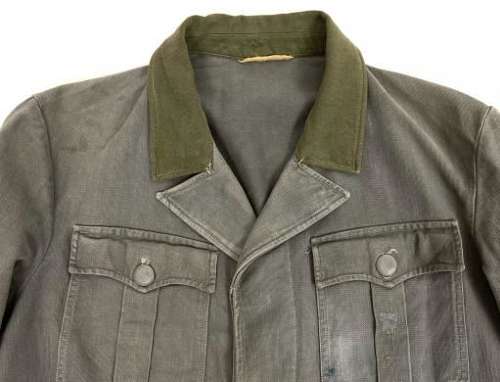 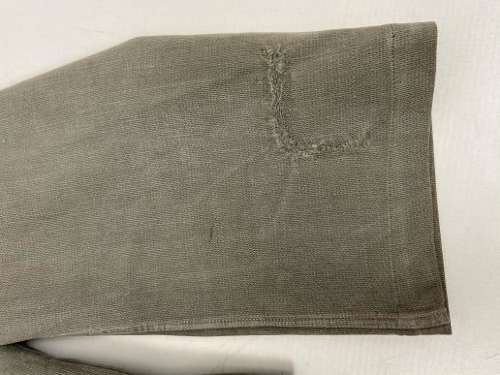 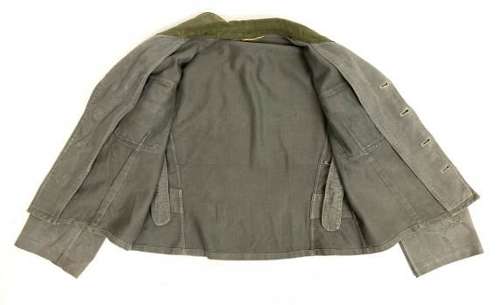 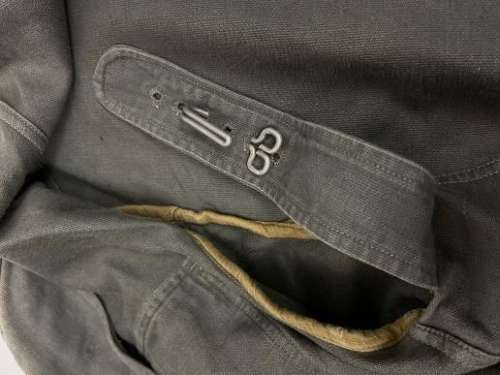 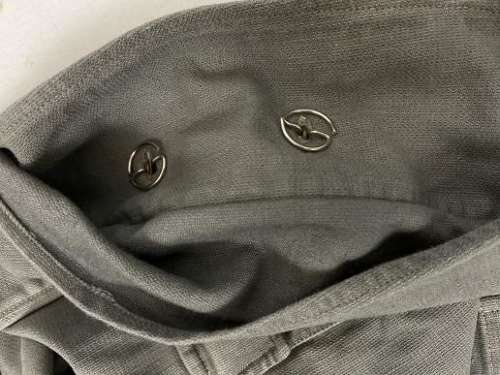 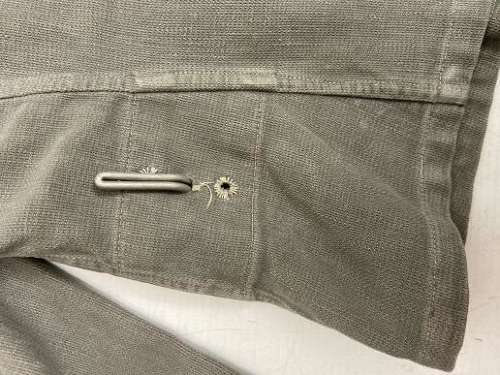 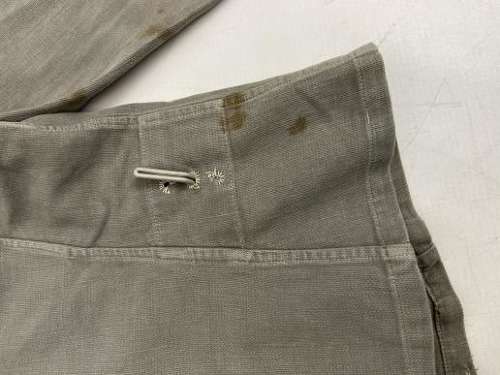 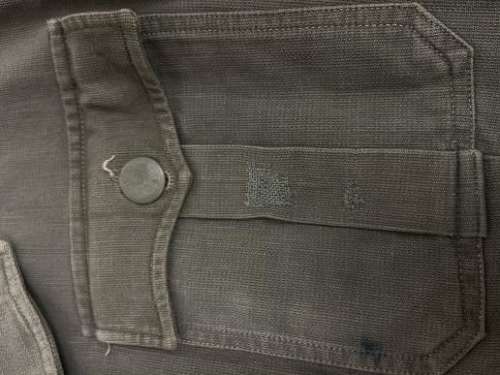 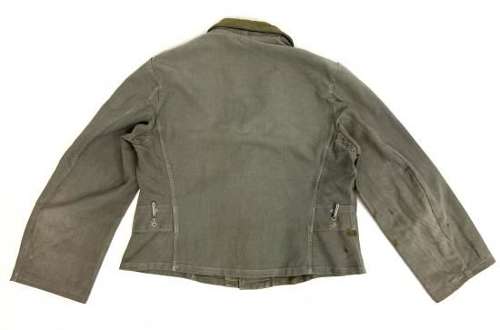 SOLD
A fantastic original 1940s Blouson jacket made in Germany around the end of the Second World War.

This jacket may well have been cut down from a four pocket tunic at either the end of WW2 or in the immediate post-war years. Its original purpose isn't known exactly but it could be a late war army jacket or possibly a 'Forstschutz' Forestry Service tunic.

These cut down jackets were also popular after the war for civilian wear. This jacket still retains its original belt hangers however which would suggest military or service use. It is unlikely these would have been kept in if just worn as a civilian piece.

The jacket is made from a grey-green cellular cotton which is a light-weight, breathable summer material. It features a contrasting darker collar like that of the early M36 tunics worn in the early part of the war. It features removable buttons which are maker marked 'MOTZ' which denotes C.W. Metz & Co of Brandenburg - a wartime German button manufacturer. The buttons are held in place with the correct pattern of chromium plated split rings, designed so the buttons can be easily removed for laundering.

The jacket is a small size and when laid flat measures -

The jacket is in good condition considering it is a vintage work piece which is roughly 75 years old. It has some period repairs and darns as well as some staining but generally speaking is in sound, wearable condition and it displays well. Please study the pictures as they form part of the description.

Altogether this is a cracking little jacket with plenty of nice period features. It would make a good addition to any collection without a doubt!