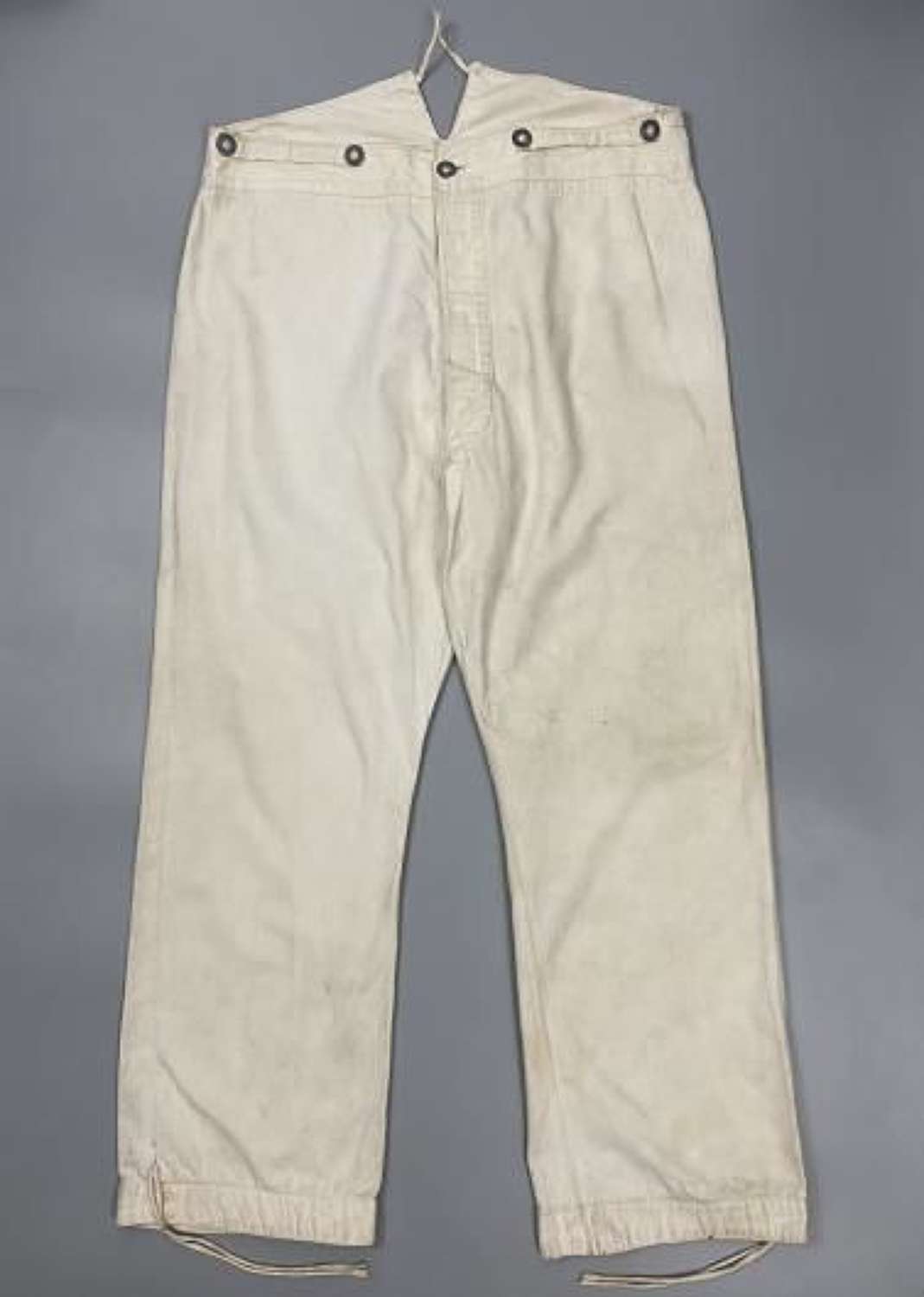 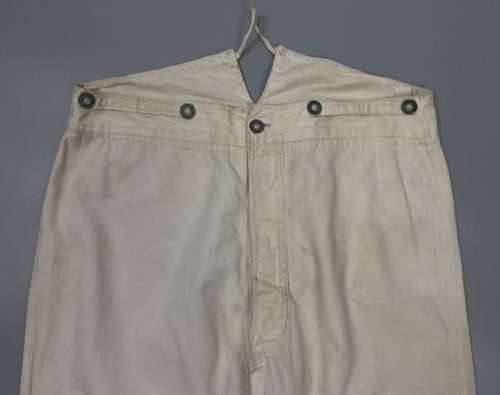 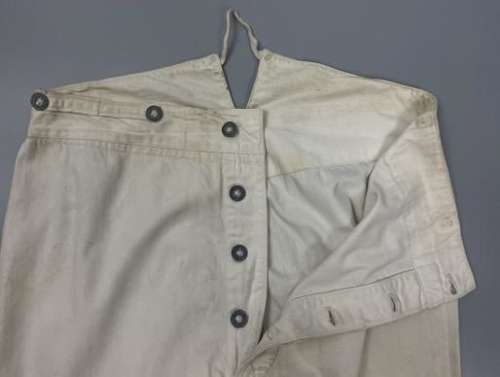 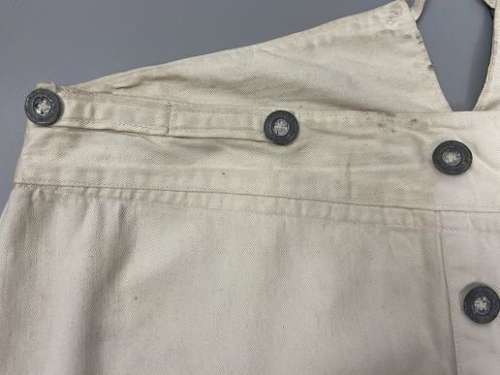 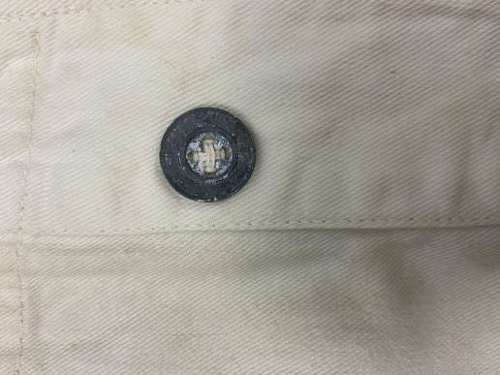 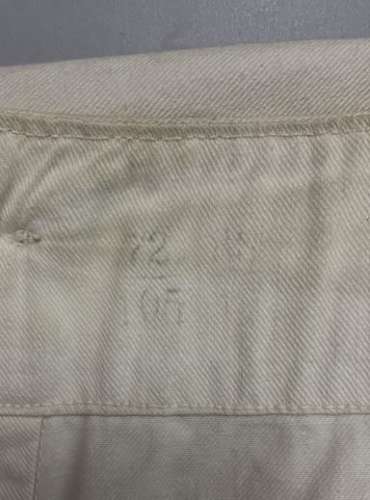 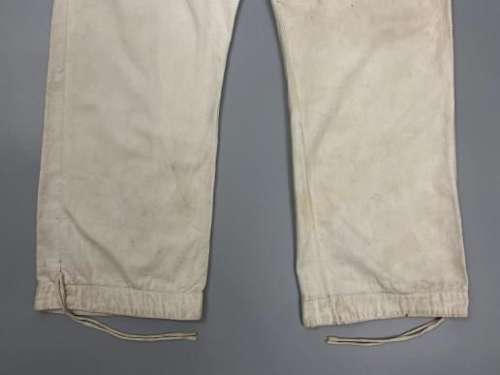 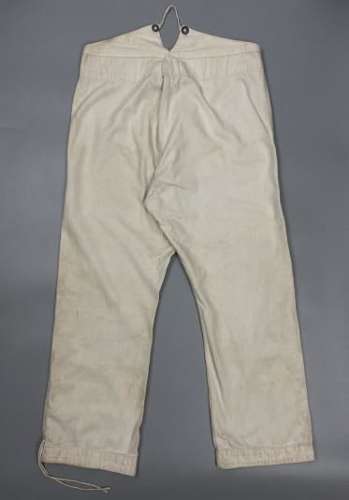 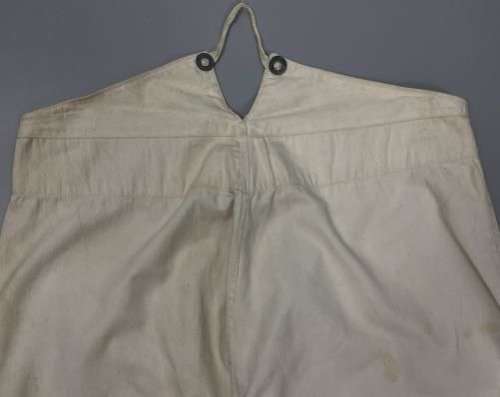 This pattern of trousers was used by the German Army throughout the Great War. They were replaced in 1933 with a new pattern but based on the fact that Germany had no real army between 1919 and 1933, and therefore was not producing clothing for it; these trousers most likely do date from the First World War. They were worn as fatigue trousers as well as for service wear and also saw issue with some Turkish units.

Made from a white cotton twill and featuring zinc buttons, the trousers are designed in a utilitarian, functional manner which is typical of workwear froths period. They feature no pockets but do have opening on each hip to allow access to pockets underneath, suggesting that these were for wearing over trousers.

Inside the trousers the remains of the original stamp can still be seen and is typical of those found on German Army items of the period.

The trousers are a reasonable size but will fit smaller as they are cut loose, being an over trousers. When laid flat they measure -

The trousers are in good condition considering their age and are still very wearable. They do have areas of staining and various signs of age. Please study the pictures and bear in mind that these are a pair of pre-worn work trousers and may have other small issues commensurate with age.

All in all a nice original pair of Great War Imperial German work trousers with some great details!