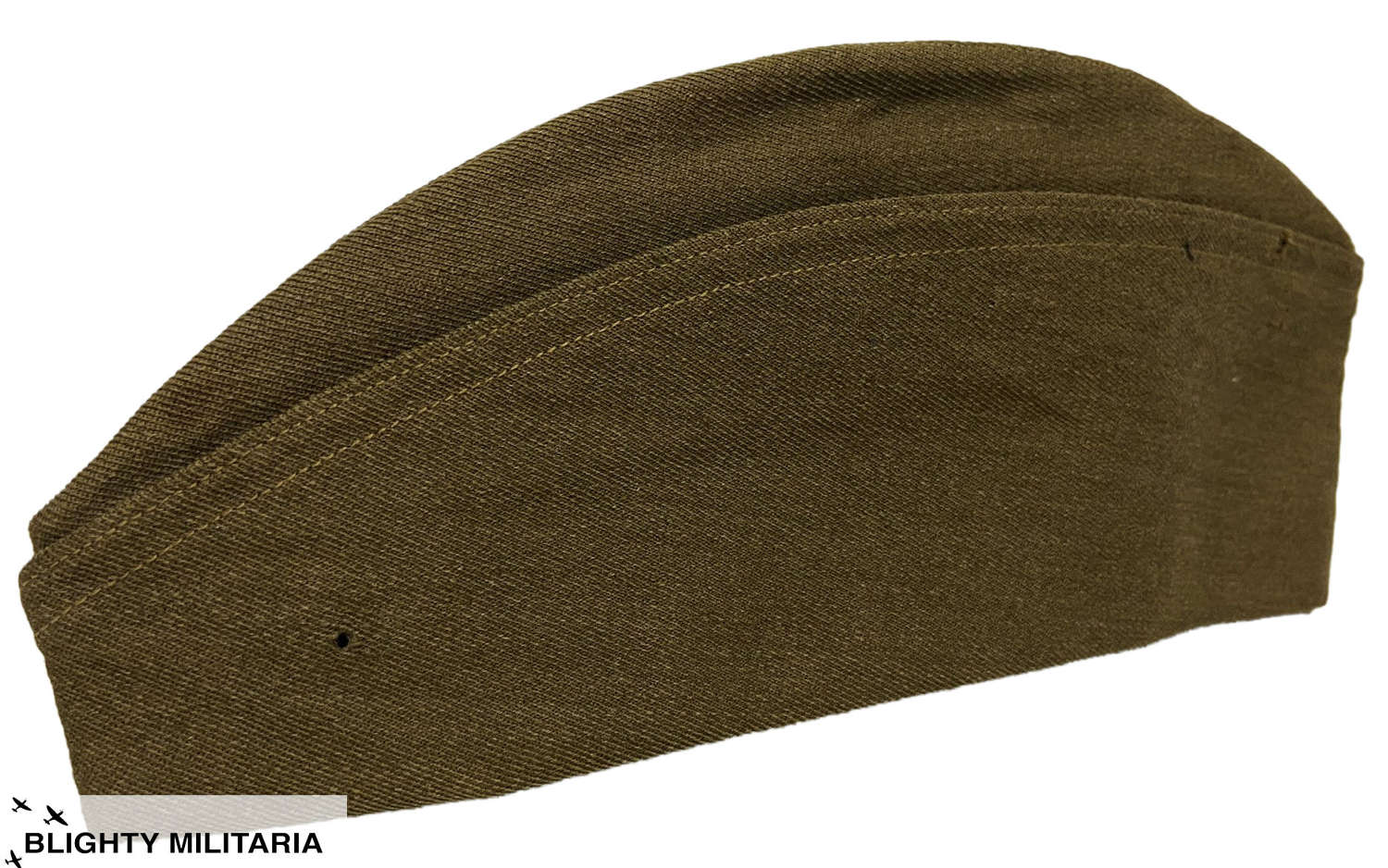 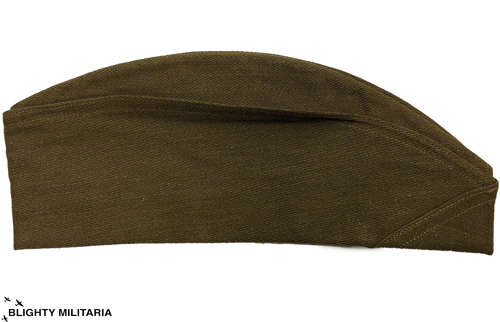 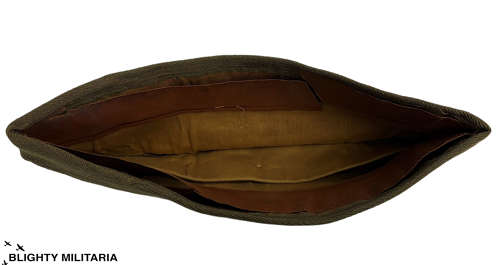 This cap was manufactured in Great Britain for the US Army during the First World War. It is made from the same khaki green coloured gabardine wool used for the British trench caps in the latter part of the war. It is cut in the distinctive US style and features a small hole at the front to which a cap badge can be affixed.

Inside the hat the original leather headband is still present although it is ripped and some stitching has come loose. Underneath this is the original British War Department inspectors stamp which features a letter underneath the broad arrow, as all Great War manufactured items do. The size has also been marked to the interior as 7 3/8.

The overall condition of the cap is good and it displays well. There are a couple of small holes towards the rear of the hat and the aforementioned issue with the sweatband.

A good original Great War item which would make a nice addition to a collection.