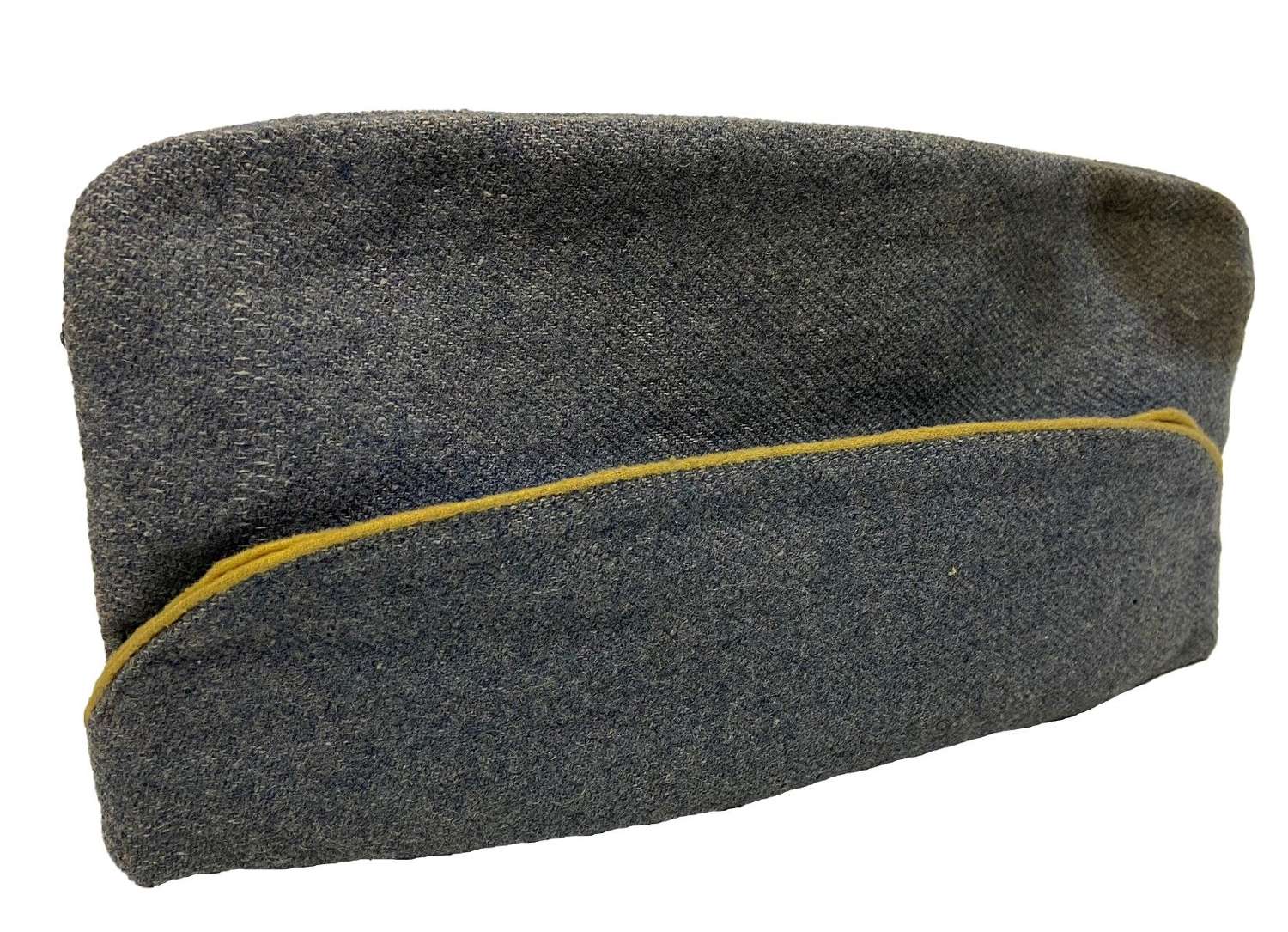 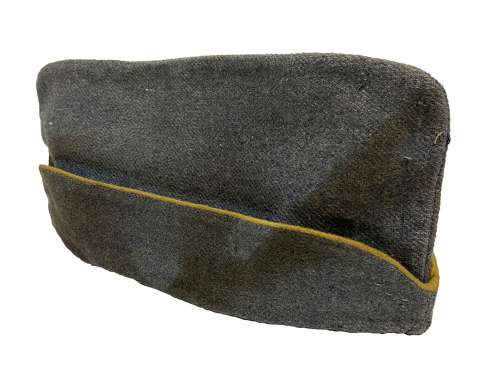 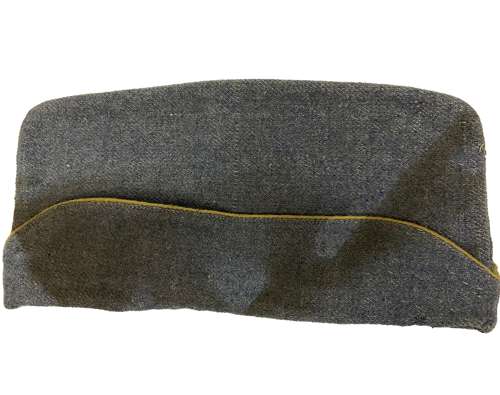 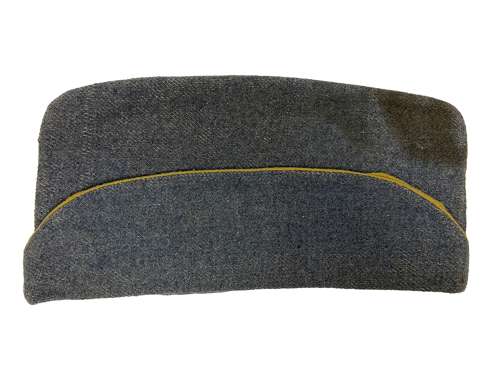 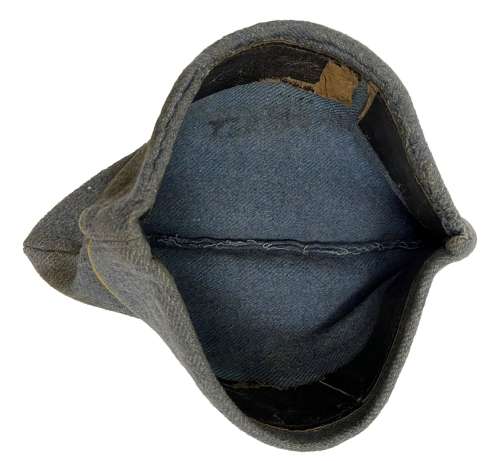 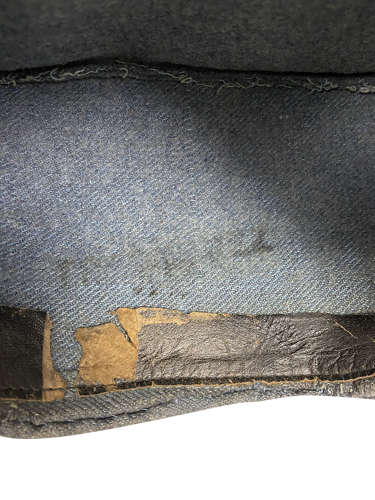 An original Horizon Blue French Army Line Infantry hat in good condition as worn by NCO's and Officers  in WW1.

This pattern of cap came into use with the French Army in WW1 and saw issue during the Great War. The cap is made from a light blue soft serge wool and features a black leatherl sweatband to the interior.

The hat features yellow piping which denotes artillery as the branch of service the officer who originally owned the hat would have served in.

The hat is in reasonable condition for its age with some signs of wear and use as well as some staining to the exterior which is reflected in the price. It is far from a perfect example but it certainly displays well none-the-less.

Altogether a good original Great War French item which would make a nice addition to a collection.