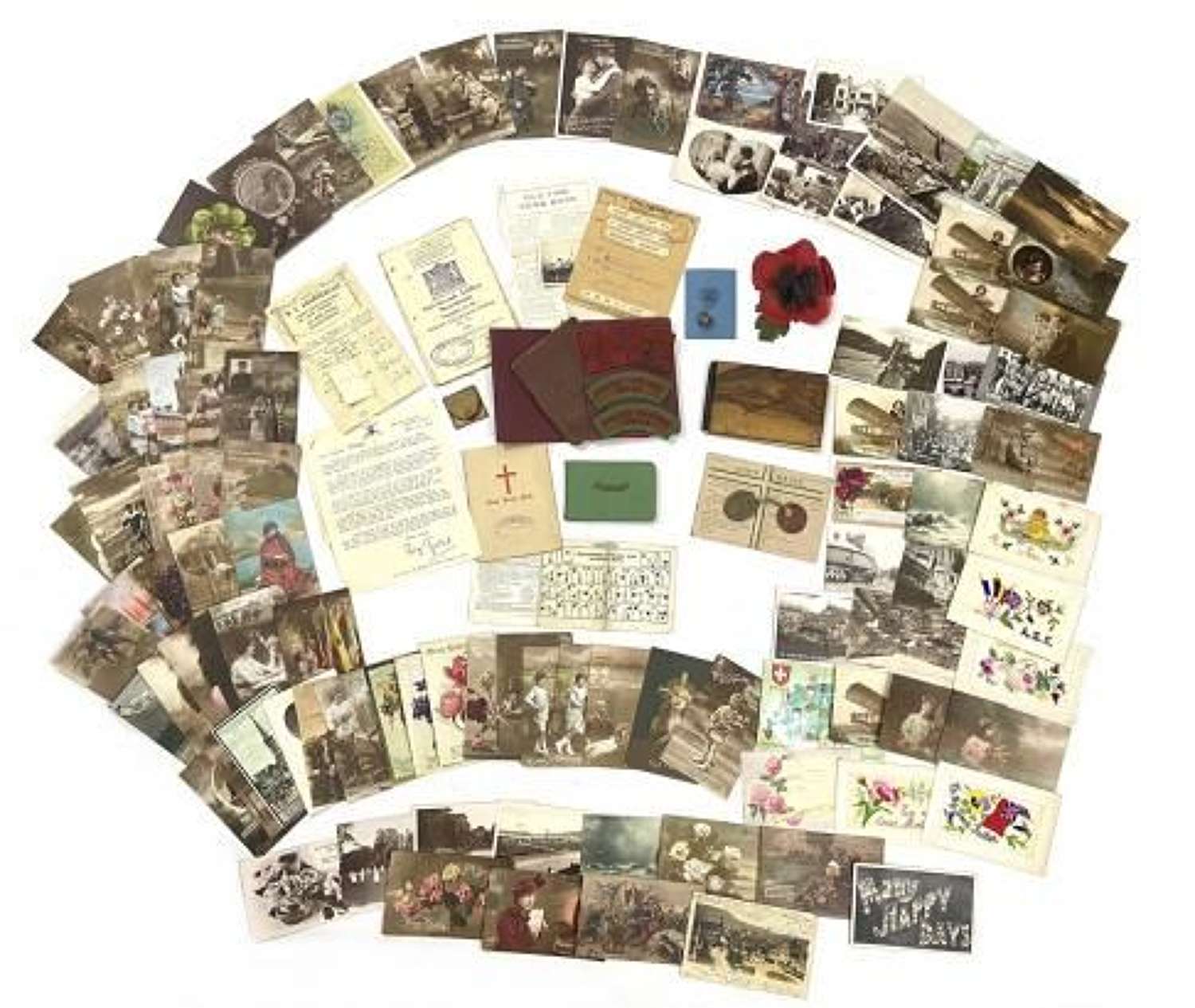 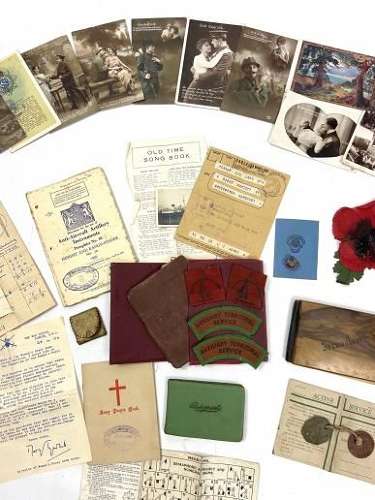 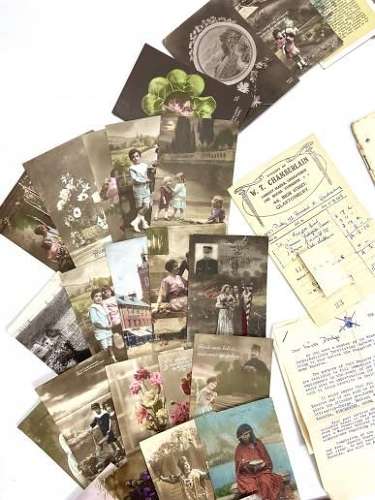 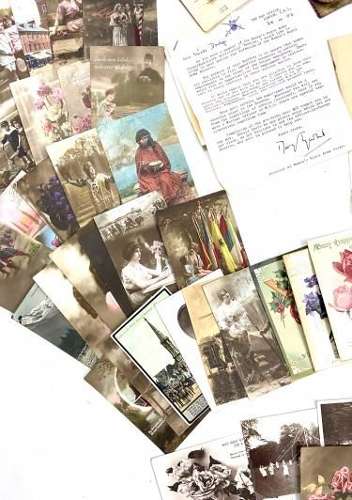 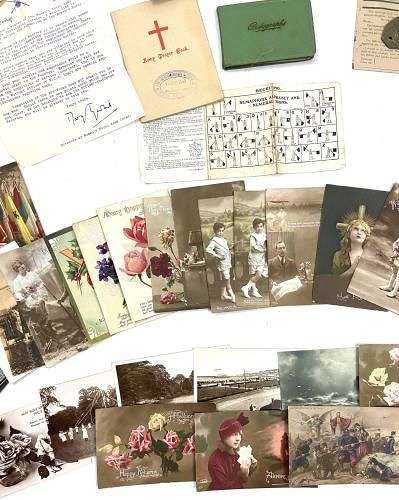 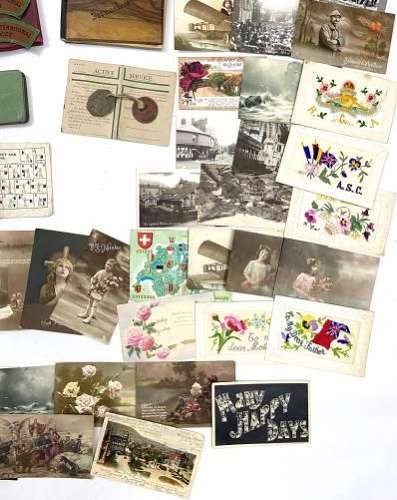 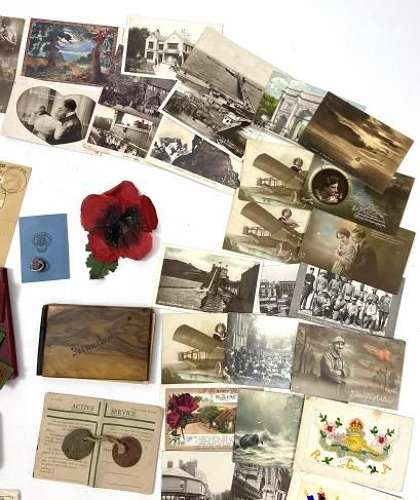 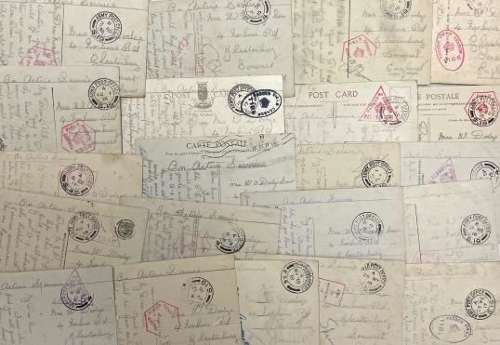 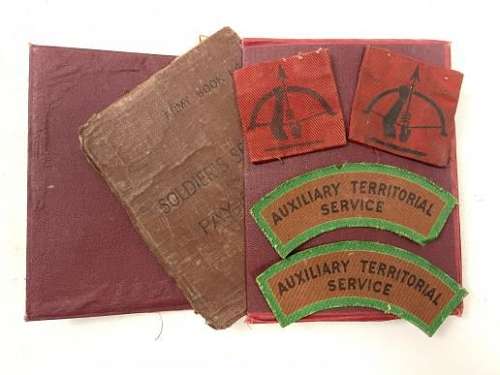 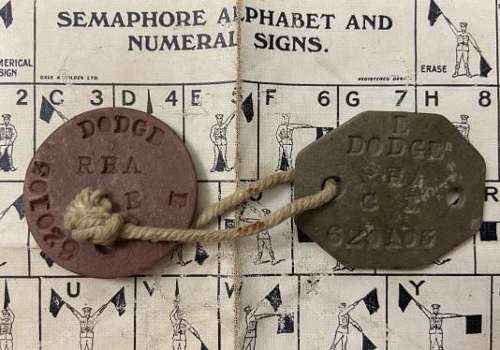 A lovely original grouping to the Dodge family consisting of items from both World Wars.

The main body of this group is attributed to W/90557 Kathleen Hilda Dodge who joined the ATS October of 1941 and served throughout the Second World War. There are also a number of items which belonged to her Father 620103 E Dodge who served in overseas with the Royal Horse Artillery between 1915 and 1918.

Perhaps the nicest part of the group relating directly to Kathleen's service however is her autograph book. It features entries from many people she met during in the war, mostly also serving in the ATS. Some of the entries are quite racy and it offers a very interesting insight into young people of the period. A lot of the entries are dated to the war years with only a couple dating to later. Interestingly she has entered a few of her own pieces of information about her own life which including her engagement to a man named David in 1944 and her engagement and marriage to a different man named Les Duke after the war. What happened to David?

As well as a number of ATS related items there are a set of identity discs named to her father, a Great War period signal semaphore leaflet and a large number of postcards, mainly dating from the Great War. There are some particularly nice examples depicting soldiers of the French and British Armies amongst other and all date from between 1915 and 1918, many bearing the army censorship stamp.

Altogether a nice original grouping with plenty of scope for further research!