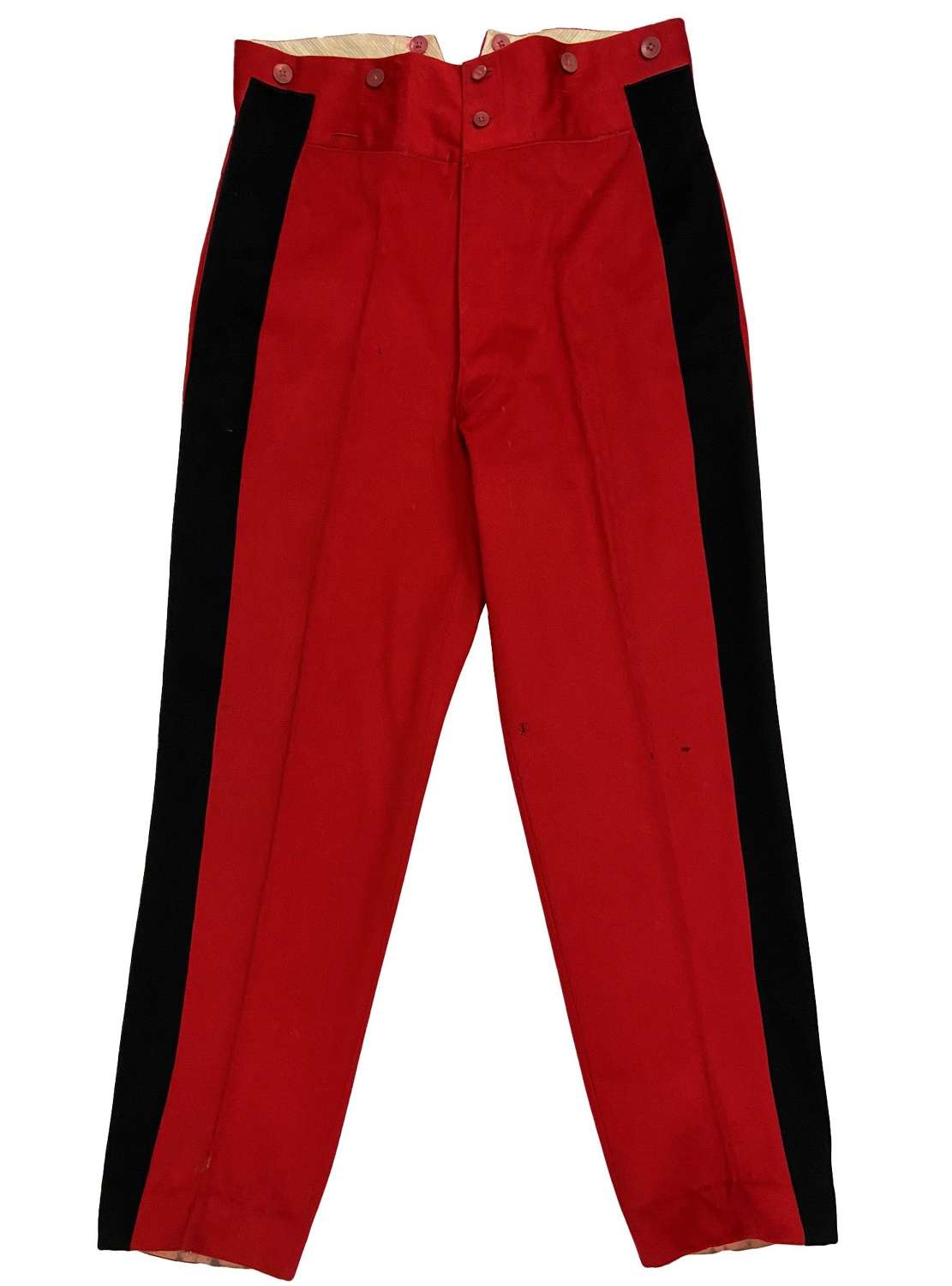 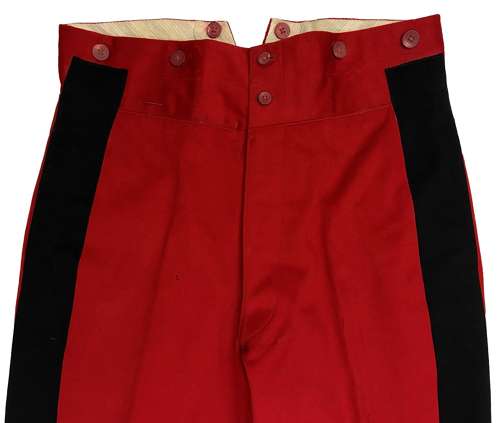 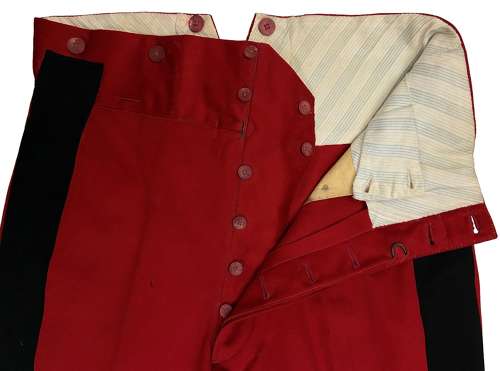 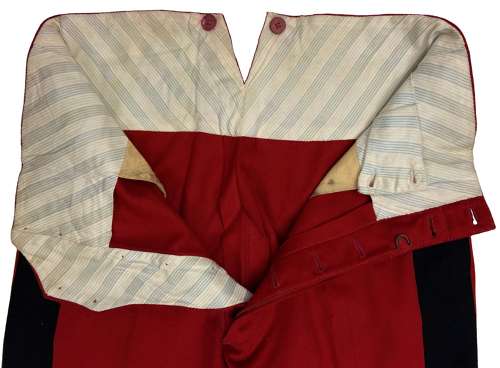 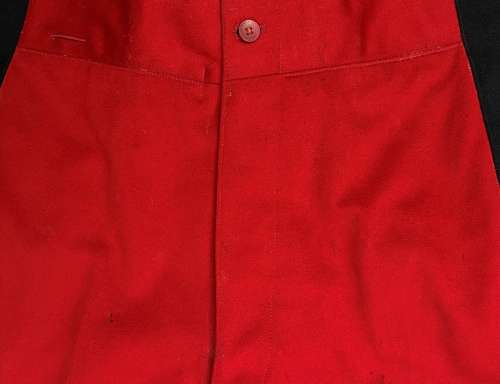 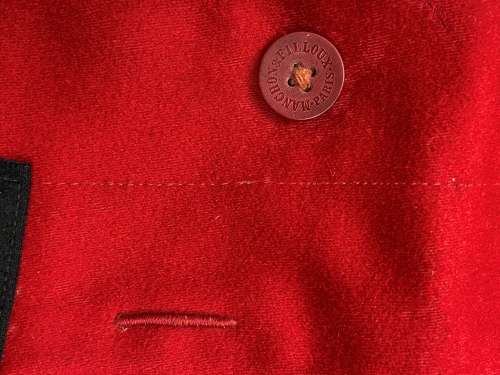 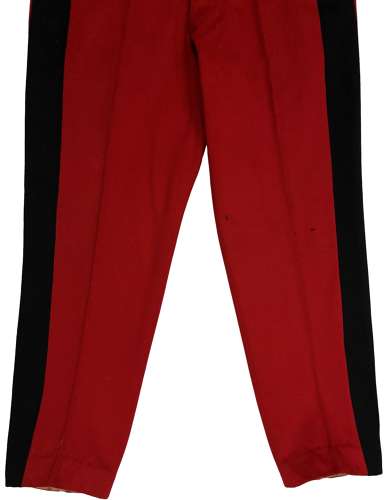 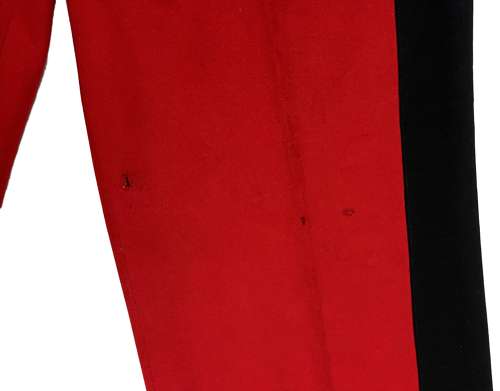 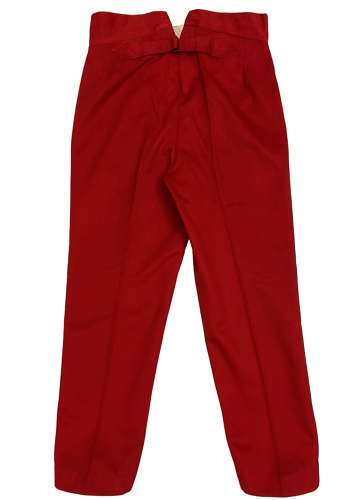 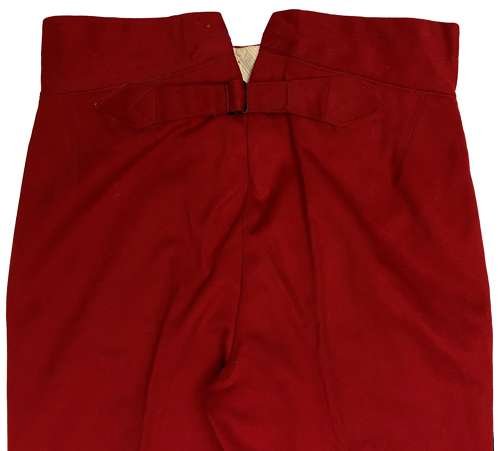 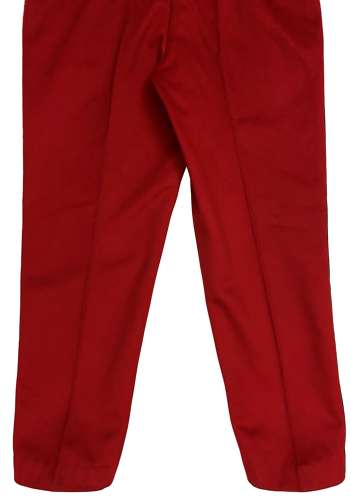 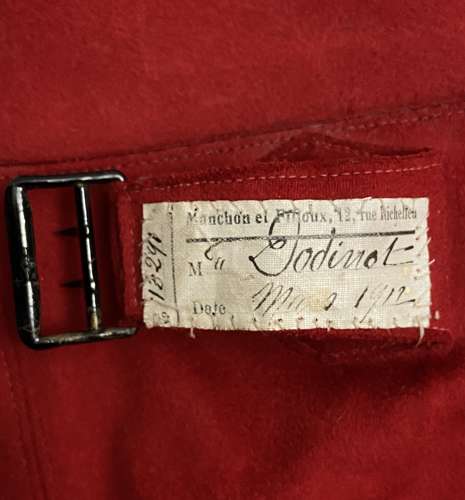 The trousers are made from a bright red coloured wool and feature a wide black stripe to each leg. The deep waistband and exposed top fly buttons as well as the depth of the lining in the waist are typical of French military tailoring from this period. All the buttons are marked 'Manchon & Filloux Paris' which matches the name on the tailors label. A cinch back belt and buckle is present to the rear which is another common feature of early trousers. To the rear of this the original tailors label is still present and bears the makers name, the customers name 'Godinot' and the date of March 1912.

The trousers are in reasonable condition overall, especially considering that they are over 100 years old. They display well but do have a number of holes which can be seen in the pictures. Please take time to study the pictures before purchasing and bear in mind that these are not a mint condition item.

A good pair of iconic Great War trousers with a nice, clear and early date. This would make a great addition to any WW1 Collection without a doubt!