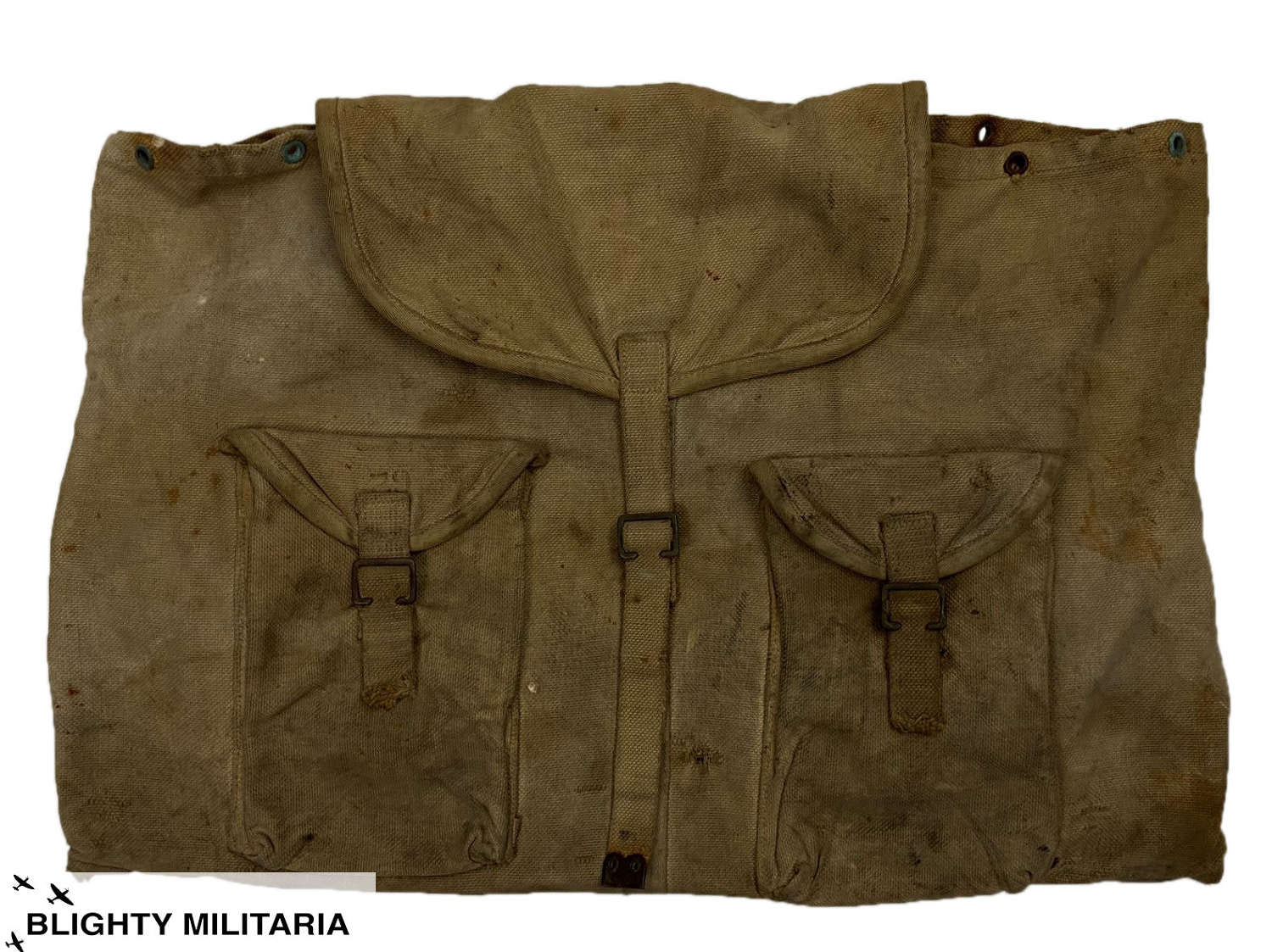 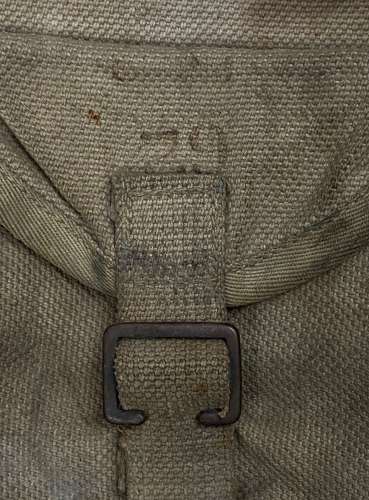 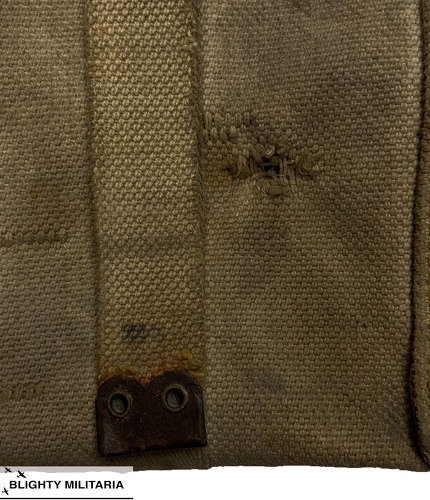 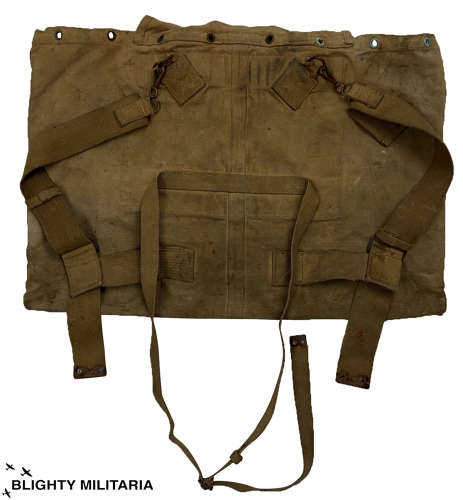 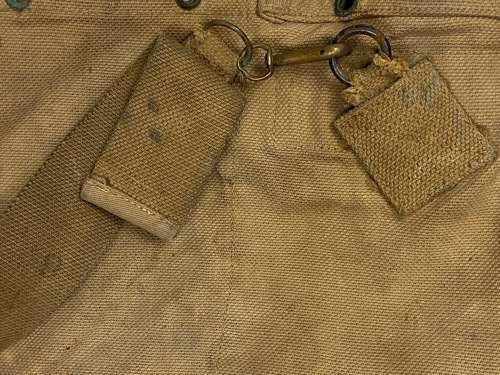 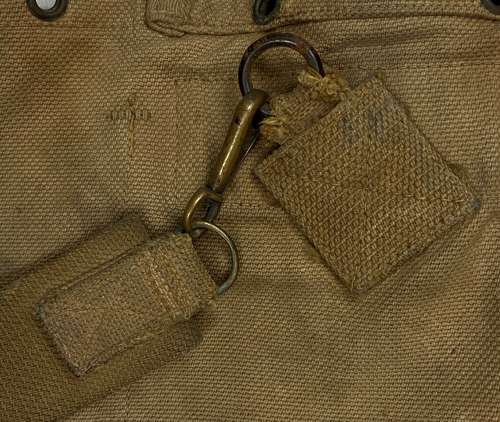 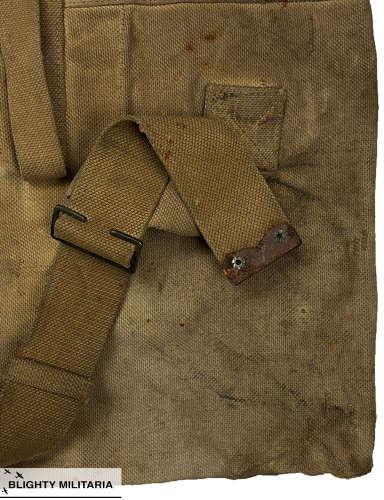 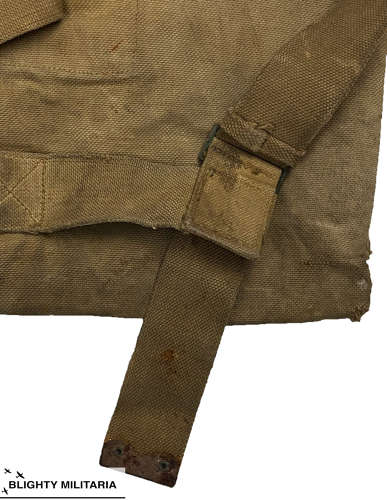 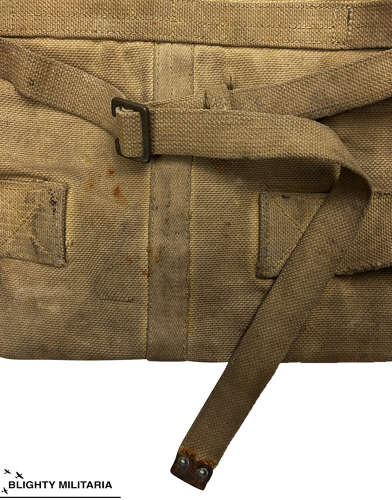 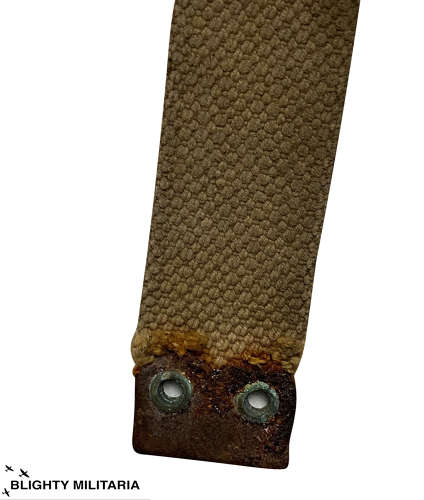 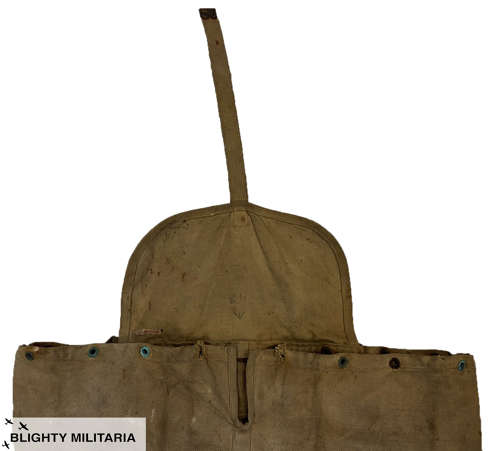 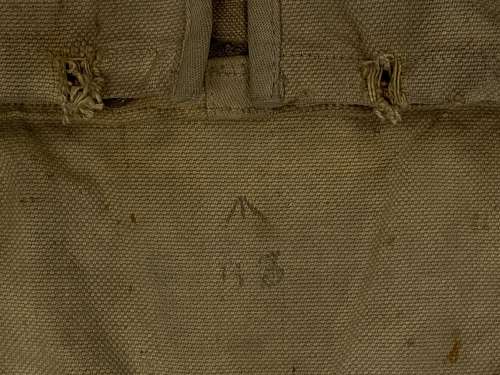 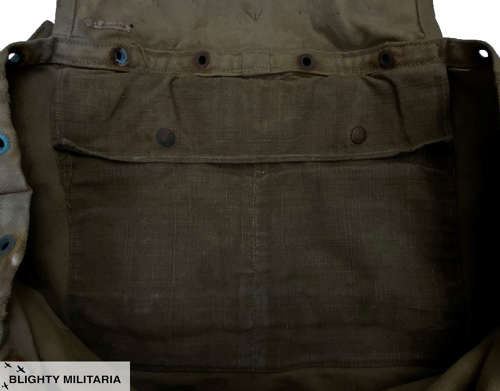 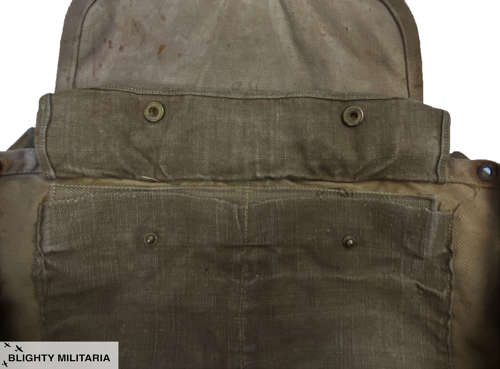 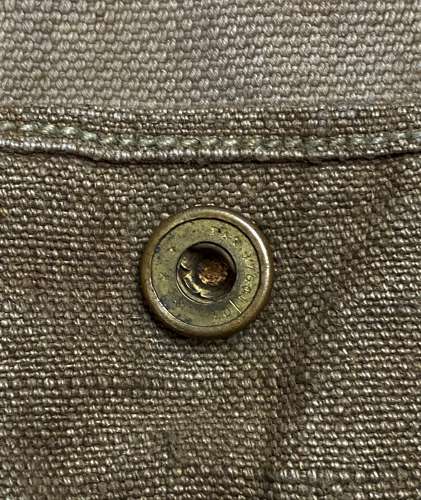 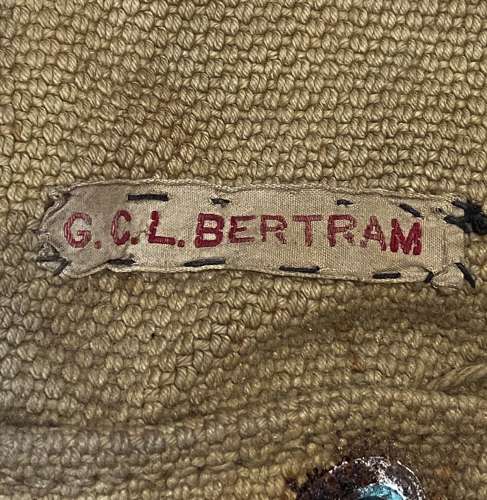 This rare rucksack forms part of a collection of webbing items made and worn by British Officers during the Great War. Whilst the leather Sam Browne equipment is usually associated with this period, many items were also made in webbing and can be clearly seen in period photographs. They are rare to find today but highly coveted by serious WW1 collectors.

The bag is made from the same webbing used by Mills Equipment Company for their 1908 pattern webbing sets. It also features the same brass 'twig' buckles and brass tabs to the end of straps. The top of the bag features a large flap which fastens with a strap and twig buckle. The top opening of the bag is fitted with brass eyelets through which a drawstring would have originally been attached. Two patch pockets are located to the front and feature flaps, straps and swig buckles although the brass tabs from the end of the straps have been removed.

The rear of the bag features straps which are removable. They feature brass swivel hooks which clip on to brass dee rings on the back of the bag which suggest this set of equipment (also fitted with these style of swivel hooks) was intended to be worn with the Sam Browne equipment. There is another strap to the rear which is designed to fasten around the wearer's middle. It features a brass tab to the end of the strap, a twig buckle and a small webbing retaining loop.

Inside the bag is a pouch style pocket made from a coarse linen in a contrasting shade of green. It fastens with two brass press studs which are typical of the era.

The underside of the main flap bears the War Department broad arrow marking with the inspector's number below which appears to be '43'. Interestingly, this can also be seen on both straps. Whilst the bag does not feature a makers name or date, a 1918 dated example made by 'Thomas French & Son's' can be found at www.karkeeweb.com

There is a name tag stitched to the bag which reads G. C. L. Bertram. The only person I can trace with this name was George Collin Lawder Bertram who was a well known British zoologist. Interestingly in 1940 he worked at the Scott Polar Research Institute developing and testing clothing for arctic warfare and was involved in the design of the string vest. It is possible he inherited this bag from someone who served in the Great War? I have no evidence to support this but have included it as it may interest some readers!

The bag is in well used condition as can be seen in the pictures. It displays well and is still strong and usable but does have some flaws. There is a small hole to the front which is detailed in picture 3 and some of the brass eyelets are missing from the opening of the bag. There are signs of age and use and this is a far from perfect item so please study the pictures before purchasing.

A very rare piece of Great War officers kit and a must have for the serious collector!