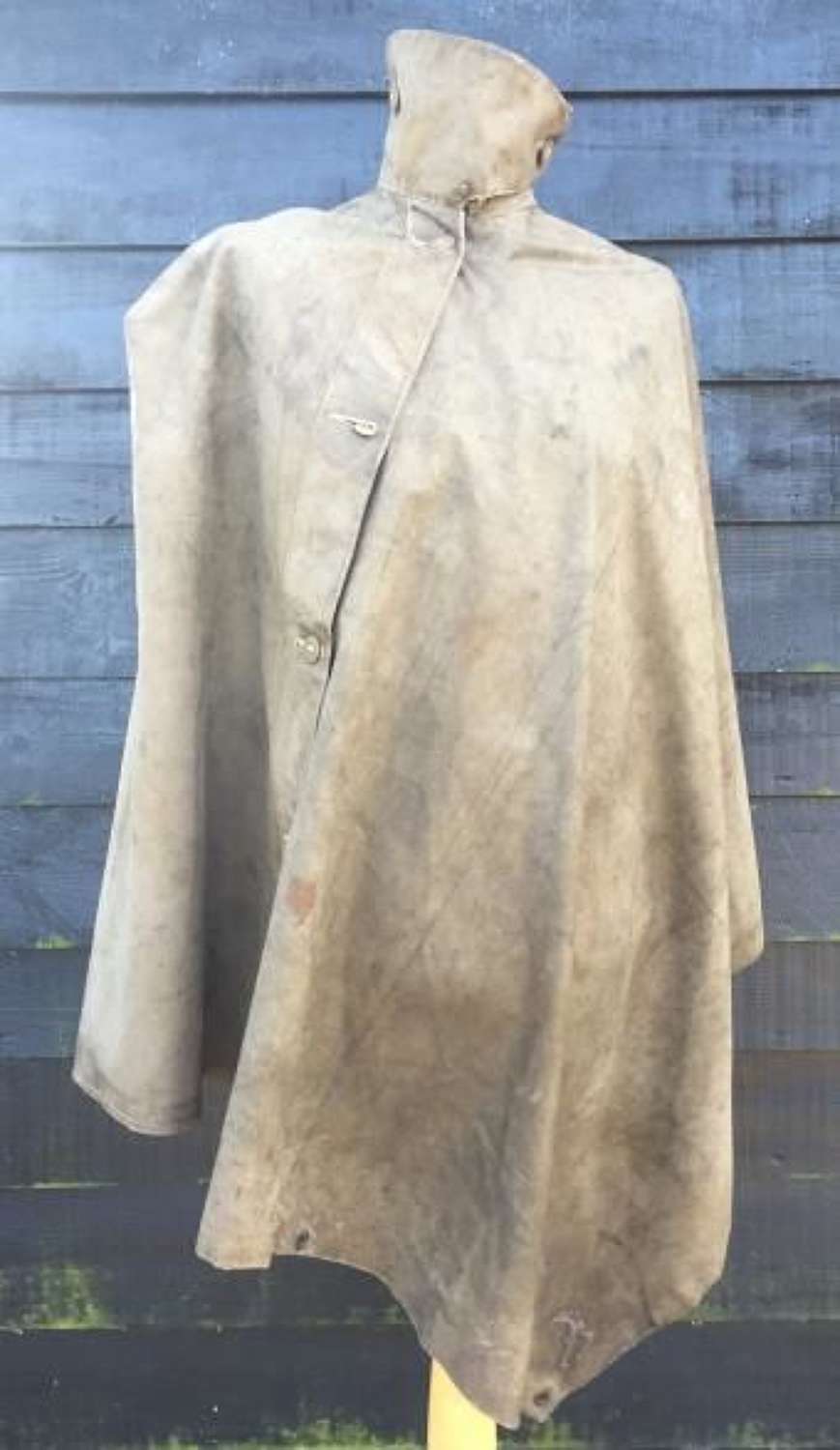 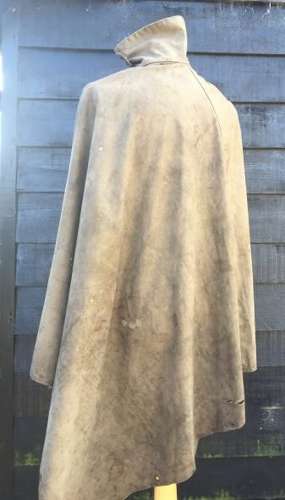 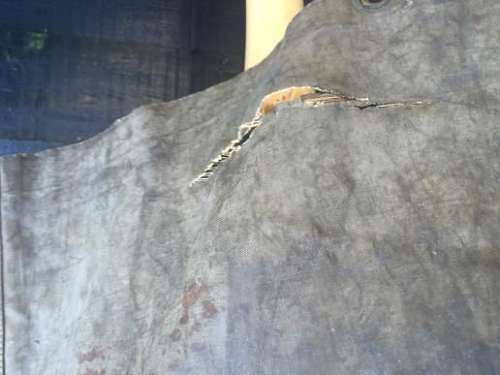 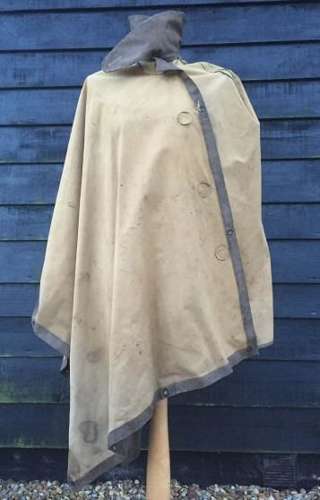 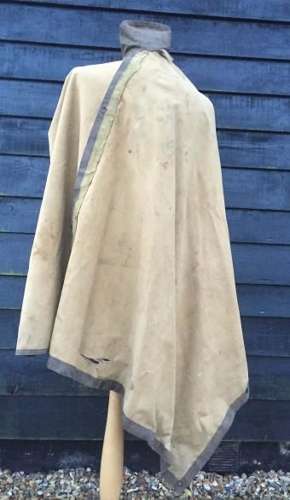 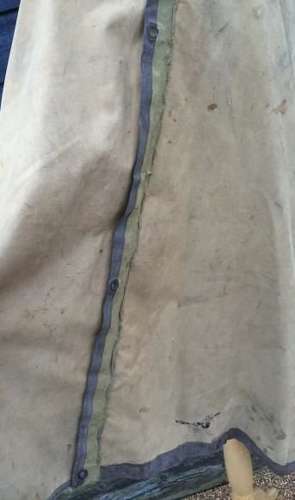 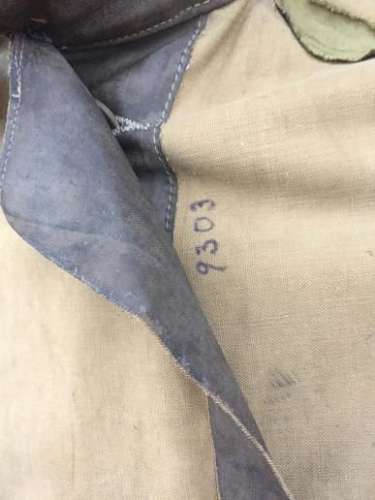 These rubberised capes became ubiquitous with the British Army during the final two years of the Great War and feature in countless photographs and footage from the time.

This pattern of cape remained unchanged in many ways into the 1950s where green examples were produced. The Great War examples however differ in detail greatly from later examples.

The outer is a rubberised material of a khaki shade, slightly darker than ww2 examples but not as dark as the early Second World War rubberised examples. It features large brass eyelets around the edge of the cape and importantly down the centre seam which is the tell tale sign of a 1917 pattern cape. These eyelets are for use when using the cape as a shelter half - with two capes a small two man shelter can be erected.

There is evidence of a date stamp to one of the inside corners of the cape where one would expect to find it. Sadly due to the age of the cape and the fact that it has had some use in its life, this ha be worn past the point of being legible.

The overall condition of the cape is very good considering it is around 100 years old! It is still softly and pliable, not brittle and crispy like many surviving examples. The two faults in the cape though are one broken button on the front and a 3" long tear to rear. All the other buttons are present including the two under the collar which are usually missing.

These rare capes were selling for over £1000 not too long ago even when undated! This cape is priced to sell and a must have for the British Great War collector.